P.A. Works has produced a spectacular joint concert, “True Tears x Hanasaku Iroha x Tari Tari Joint Festival” at Disney Resort’s Maihama Amphitheater last April 13. Like the name says, it’s a crossover concert featuring the artists from True Tears, Hanasaku Iroha and Tari Tari, all animated by P.A. Works. The tickets sold out like pancakes, and it received a fairly positive feedback from its audience. With its spectacular success, the animation studio will be releasing a Bluray Disc special on Christmas, and a few days ago, a promotional video was uploaded from Lantis’ YouTube channel.

The video features the song “Utopia“, which was especially composed for the concert and was performed by the main cast of the three anime series. Other contents of the BD special will include the actual joint concert video, Utopia’s music video, and special movie shorts that were seen in the concert. You can expect music artists from True Tears (Yuki Aira and eufonius), Hanasaku Iroha (nano.RIPE, sphere and clammbon) and Tari Tari (AiRI and Shirahamazaka High School Chorus Club) to be performing in the concert video.

A deluxe box will also be available on the same day, which will include a special album cover, exclusive interviews, choral arrangements of the main soundtracks of the three anime series, and a CD of “Three Memories,” a medley performed during the joint concert.

Here are some sneak peak images of the BD package. It looks sweet! 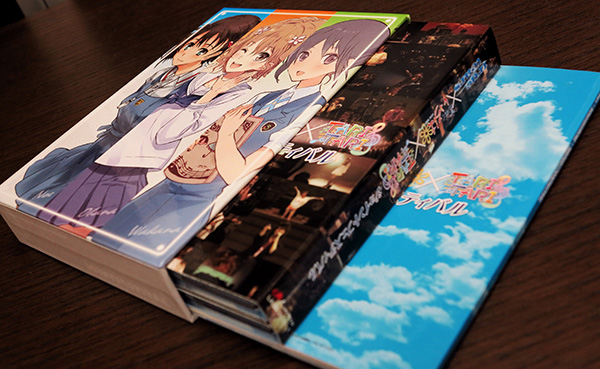 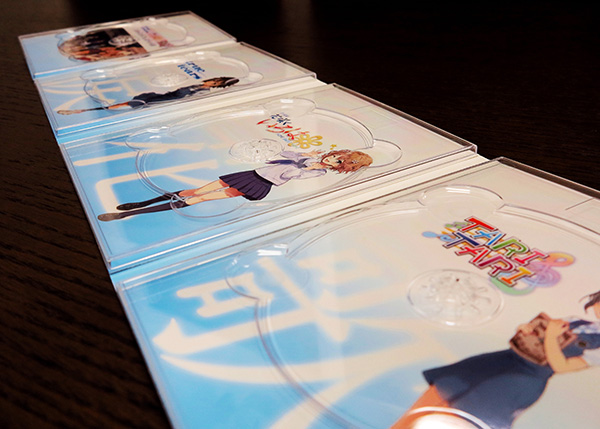 I’ve personally loved P.A. Works’ shows, especially Hanasaku Iroha, and this BD set is a great addition to my Christmas wishlist. I’ve also loved Red Data Girl, Uchouten Kazoku and Nagi no Asukara (currently airing this season), and I’d really be thrilled if they will be doing another Joint Festival next year with artists from these shows included by then. The more, the merrier, right?

Have you seen any anime concert on video or live? Which one would you especially recommend to others?