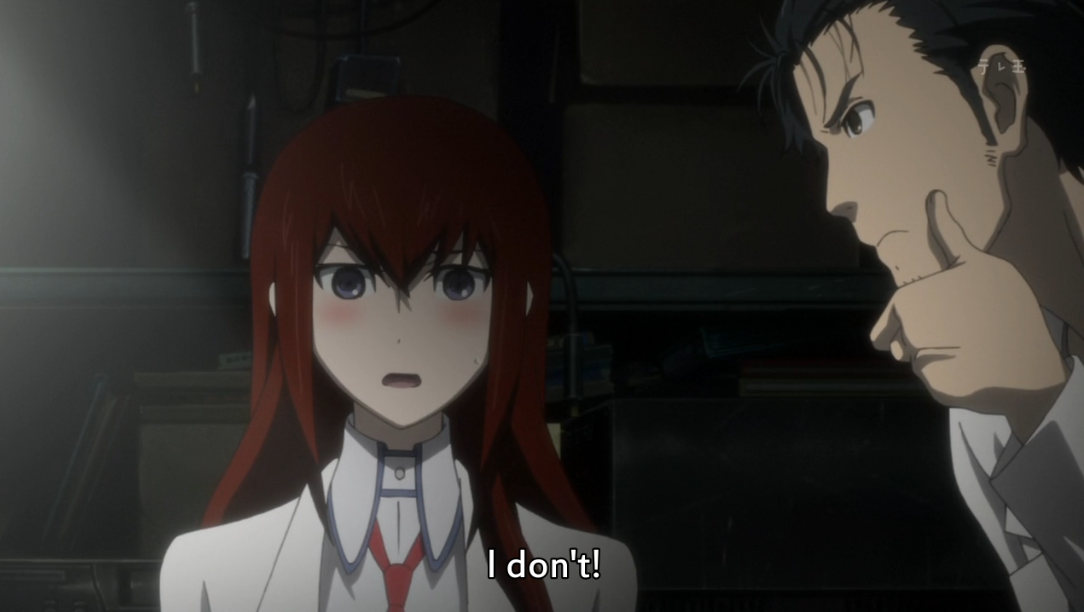 So in this episode we find the group continuing the experiments on their time machine, to which he makes an attempt to change the past.

The episode opens with Okabe finishing an experiment with the time machine, to which he makes irrefutable proof of the theories or rules that were discovered by Kurisu in the previous episode. After which, Okarin then decides to try and change the past. A very obvious choice there was to try and to win the lottery. With that, he sends a text message containing the winning combination.

To which, an effect that was reminiscent of episode one (where he finds himself alone and the only one who could remember Kurisu’s death). He finds himself back at the lab after sending the text message, where he was just about to bring up the experiment to change the past.

Everything seems to have been reset, when Kou enters the room and gives Okarin the lottery ticket. He almost wins, since Kou himself mad an error in the numbers.

He almost won the lottery.

No one else remember the experiment.

He discussed this with John Titor. Titor took it all in and pointed out that this kind of “time travel” wasn’t thought about in the future with SERN. And he’ll be the first one to do so. Along with retaining memories of the previous timeline, since this wasn’t at all possible with existing methods.

And with this, Titor wants him to be the messiah.

Diverging timelines was the topic of today’s episode, and we’ve seen a sample of this event in episode one. The divergence of a timeline was said to be an effect of someone changing something in the past. Once something in the past is changed, the timeline diverges from the primary timeline and that the memories and events of the present are altered to match those of the new timeline. This is similar to the theory of parallel and multiple universes, wherein a new universe is created with a different decision or diverging decision by a person. It was also evident in which Kurisu was able to buy Dr. Pepper in the new timeline, whereas she wasn’t able to in the previous timeline.

However, him not winning the lottery via Kou making a mistake in the numbers may also signify that the past may not be easily changeable at all, or that the past cannot be changed at all. With this the possibility of Okarin making drastic changes into the past may be far off, but given the evident changes in the surroundings (Dr. Pepper being purchased) the possibility might still be there, albeit a bit harder to accomplish with much effort.

With this, Titor discusses with him the possibility of changing the world, up to the point of Divergence 1%. We do not know what Divergence 1% is, but the world before that happens to be a dystopia; a world where SERN apparently has monopoly of. But since their time travel abilities are limited by the loss of the memory of the previous world, Okarin’s power to change the world is better than SERN’s — since he can remember the events of the previous iteration.

I’d like to see what happens in the next episode. I’m pretty excited on what he could do, and what other stuff he can try to change with this newfound ability.

With that, I leave you with a blushing Kurisu. 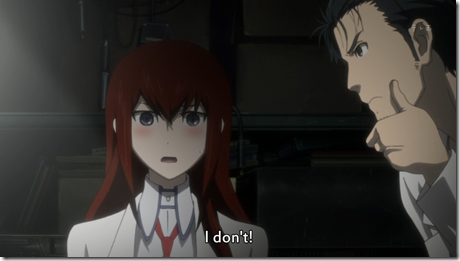 Anyway today’s screencap roll is short, since many of the shots would be considered spoilers already. XD 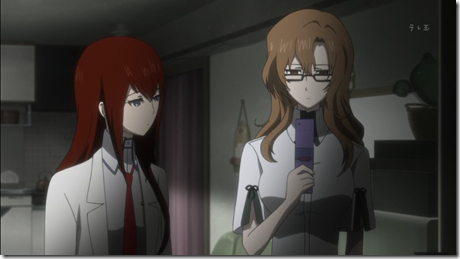 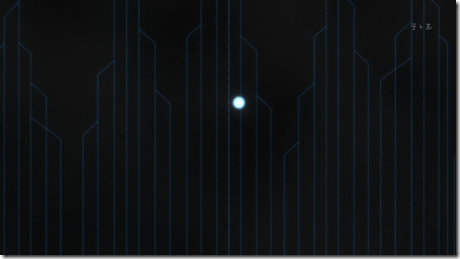 A brief summary of what just happened. 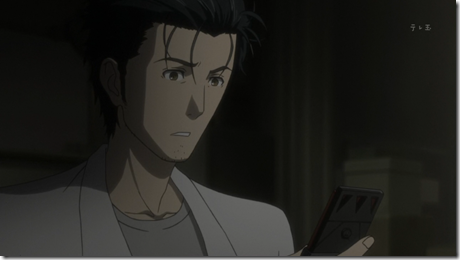 A message from the time-traveller. 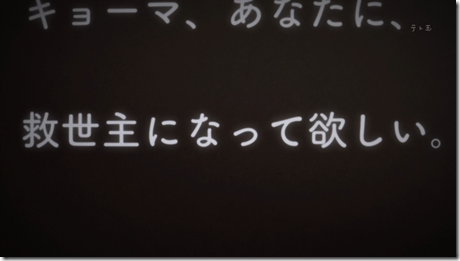 And he will be the bringer of the future.