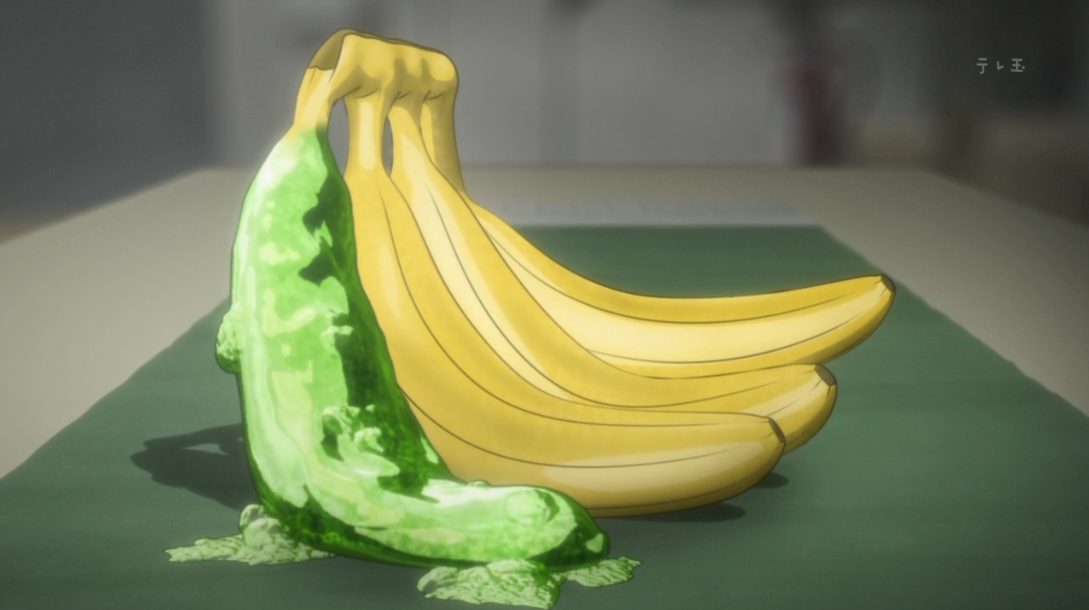 This episode we are taken again into the wild and delusional world of the main character as he tries to find out what happened in the short span of time that he had in the conference, and to the time that Makise got stabbed. And then we discover that she is alive and well, and that she isn’t a phantom in their midst. An explanation trying to rule out the existence of time travel is shown in the episode by none other than Makise herself. Of course our mad scientist objects ala Phoenix Wright, and gets shot down by the genius of Makise.

Couple that with a self-proclaimed time-traveller disappearing from reality within seconds of being brought up in the internet, upon which books about him disappear from Okarin’s shelf.

We can see that the effects of this Time Travel altering the state of the world in real time, as these phenomena happens in the span of a few seconds and with Okarin thinking about them. It’s like the rumors of the CIA tapping everyone’s phone calls and emails in the past few years.

And finally, we see the inherent effects of Okarin’s invention. How this happens is still a mystery, but the effects are evident that this may have to deal with Time Travel itself. However the multi-universe theory presented halfway into the series could not explain why the effects of the time travel are felt in this timeline, though, as we have yet to still see in the next or future episodes. So this guy begins to try to recount what happened in the last ep, since Makise was stabbed not long ago (three hours perhaps?).

Makise is apparenly a genius in Time machines, so she’s giviing the lecture today. AAAANNND of course our mad scientist got shot down— You gotta love her way of taking him down in the discussions. =)) In this she used the single timeline theory to debunk time travel. And then we get a shrine-maiden. Ohohohoh this is getting interesting… AAAANNND HE SAYS WHAT THE DAMN VOICE IN MY HEAD IS ACTUALLY SAYING. OH MAH GHAD!! This timeline is so getting messed up O_O The mixture of the serious, absurd and the imagination has blurred in this scene. But it works. THEY ARE AT IT AGAIN! Hahaha I’d like to see where this goes this time XD The plot… in this case… the banana… thickens.