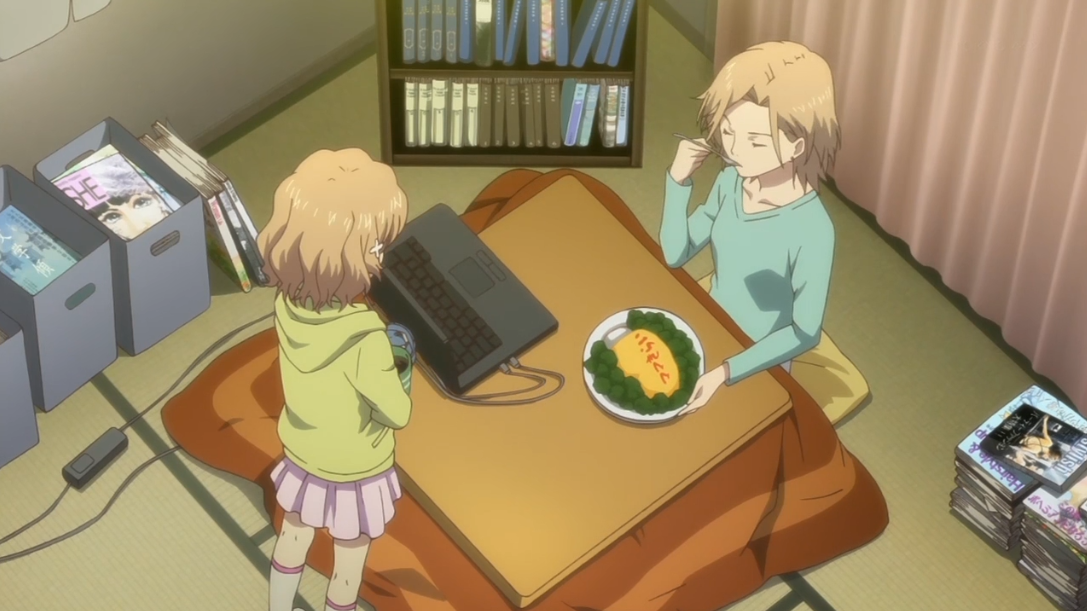 This episode is centered around the concept of work, and how important it is to be able to get the skills and the concentration on how to do it. You get catchphrases such as “Careless Effort does nothing but harm.” This ought to make those people who do half-assed work or those who are not focused *achoo*

Who was talking about me!?

Anyway, this episode kept this reiterated all over again, with the personal battles that Ohana have with her complicating things. I guess this paints an exact picture of how work in real life looks like.

This series is actually making me interested enough to continue it. Can’t wait till the next episode! 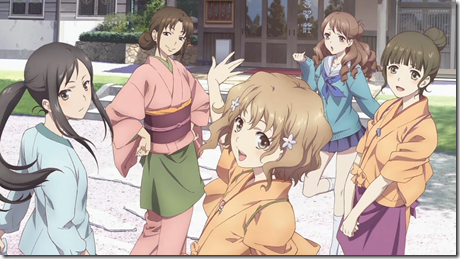 This Episode showed the OP. An earworm, I tell you. You’ll want to get this song in your iPod later. 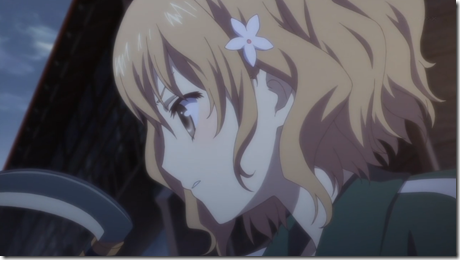 Her reflecting on the concept of work…

I think I know where this anime is heading towards… 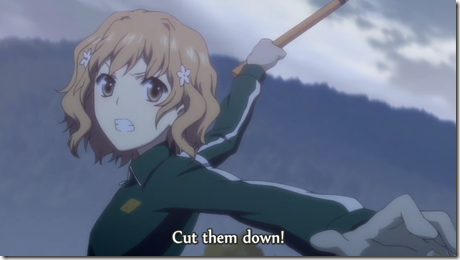 Action Pose 1! You’d actually mistaken this for a fighting anime. But she looks cool there tho :)) 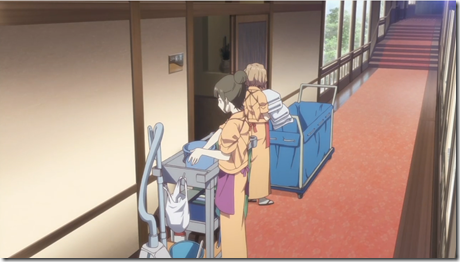 Then we see them working together. It’s surprising Ohana gets to be an apprentice waitress, with what happened in the last episode. 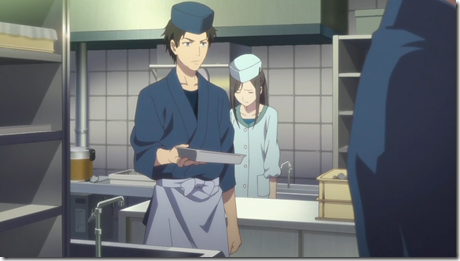 And we get another episode of scolding here in the kitchen… 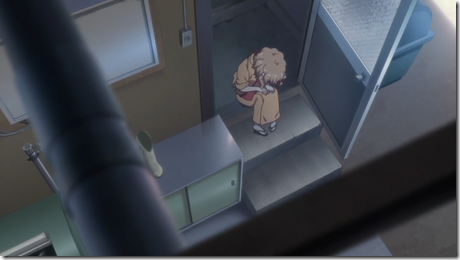 And another episode of “Die” 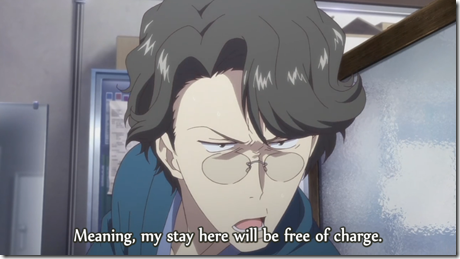 This writer looks strikingly familiar… maybe he’s an expy or something? 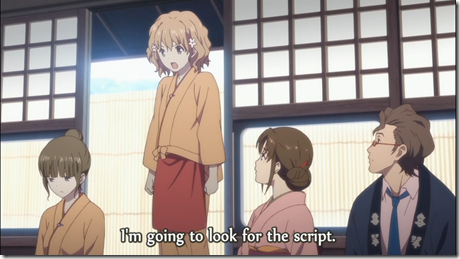 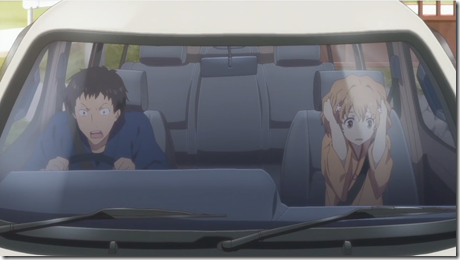 She learns to get back at people…

And of course this guy becomes a romance option. =)) 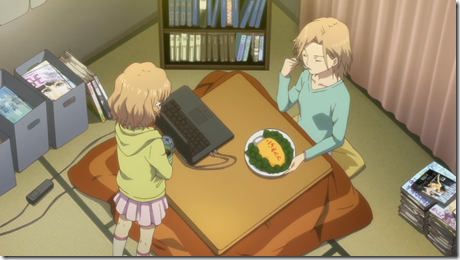 Flashback! We learn at least more why Ohana is certainly self-reliant… 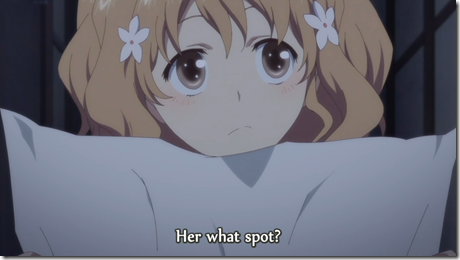 NOW I THINK I KNOW WHAT KIND OF WRITER THIS GUY IS.