inquiries@sakuraindex.jp
Configuring my own CDN
0 Comments

I’ve been totally inactive in the site for the past two to three months, and this was due to some heavy stuff being done over at my day job. ^^;

That aside, I’ve finally found some time to tinker around in the site. And since this WP installation is on a shared hosting environment, I’ve begun to feel the gradual sluggishness of the site’s loading times every time I visit. It isn’t supposed to be that anyway, since the most number of views I get on a single day is at most 70.Why the site loads slow is most likely caused by the simple fact that WP is a CMS, and CMS’es by far are slow to load.

And to add to the problem, the server where the site’s hosted is on a shared hosting service, which is probably something that will slowdown from time to time. 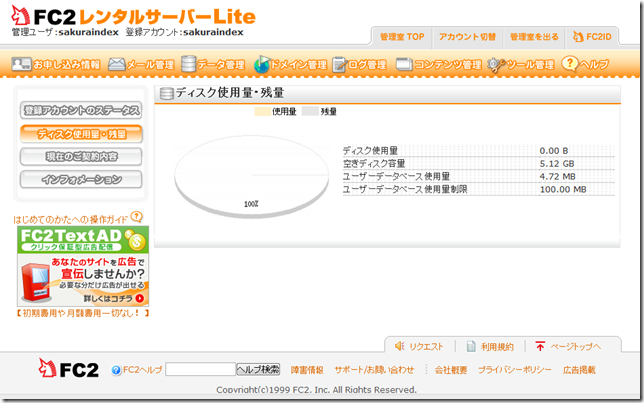 So yep, It’s on a shared server on FC2’s Rental Server service.

One thing I thought of was to setup a simple CDN or Content Delivery Network function in the blog, so that I can host the static files such as images, videos and java code over on a separate server that would load these content faster.

So I downloaded and installed the W3 Total Cache plugin in WordPress, since it’s the only plugin that has caching and CDN a part of it already.

First thing I considered was to use my existing IIS7 webserver with output caching and compression enabled. So I created a hostname for the static server.

Once done I went over and connected to Homura via remote desktop and set up the subdomain, settings and folders needed. 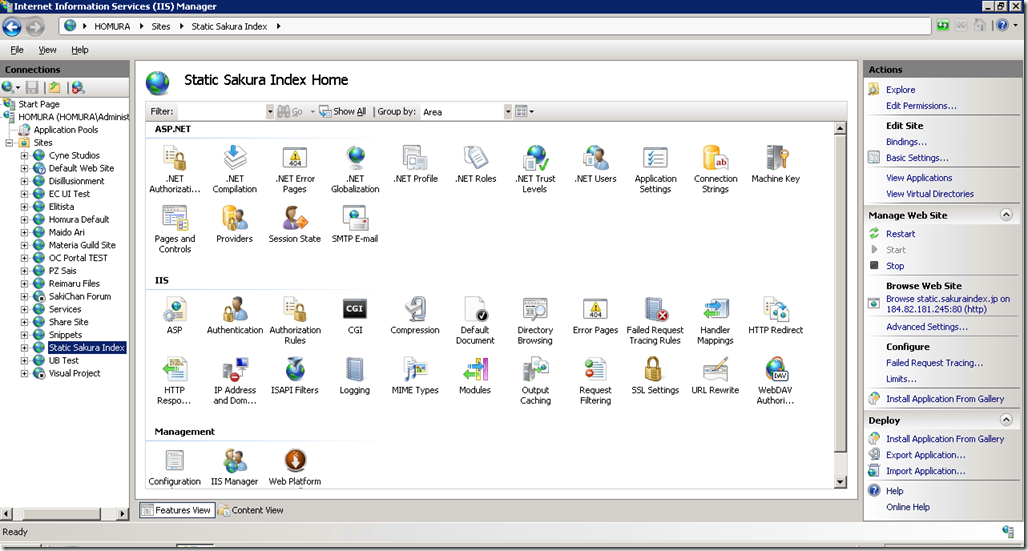 I enabled a bunch of caching options in the settings at Output Caching, and also in the Compression Settings. Since this was a static folder, I disabled script execution and writing at the Modules settings for en even faster loading time.

After which I went back to my WP installation, and enabled each setting, one by one.

A lot of warning messages came up about making sure that the proper settings were enabled or else it’ll lock my site, so I made sure that most of the recommended settings were used before I enabled them, except for the CDN setting since this needed additional settings for connecting to the CDN site.

And there was the option of previewing the changes that I’ve made.

This actually made things easier.

Next is that I entered the details of the CDN site. 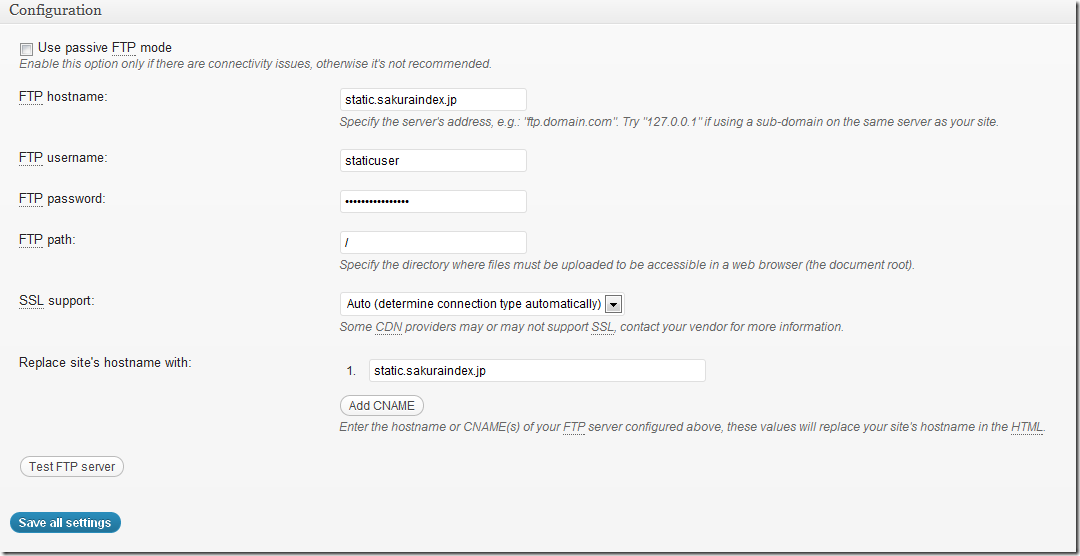 Many of the stuff here’s basic, so I just input all of the login details of the static server.

Then tested the settings.

Once these have passed, I uploaded all content by clicking on the upload buttons by the side of the target content. 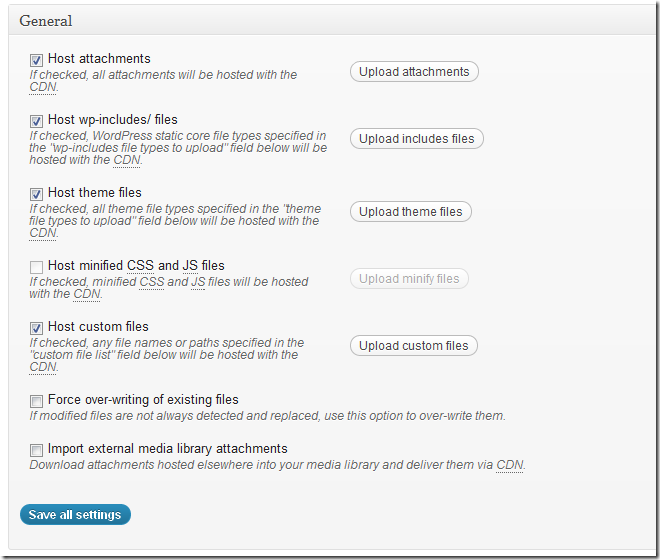 I checked the setting, then uploaded the files.

Once all files were uploaded, I then enabled them over at the main settings.

Once enabled, I checked the site; sure enough, the files are all now at the static site.

Which made my site load a tad bit faster than before.

With this, I have successfully integrated a WordPress installation which was hosted on an Apache Shared hosting service with a static CDN with compression and caching on an IIS7 server. Surprising how these two work actually, since Apache and IIS7 are from two different OSes. And that IIS7 worked well with Filezilla FTP.