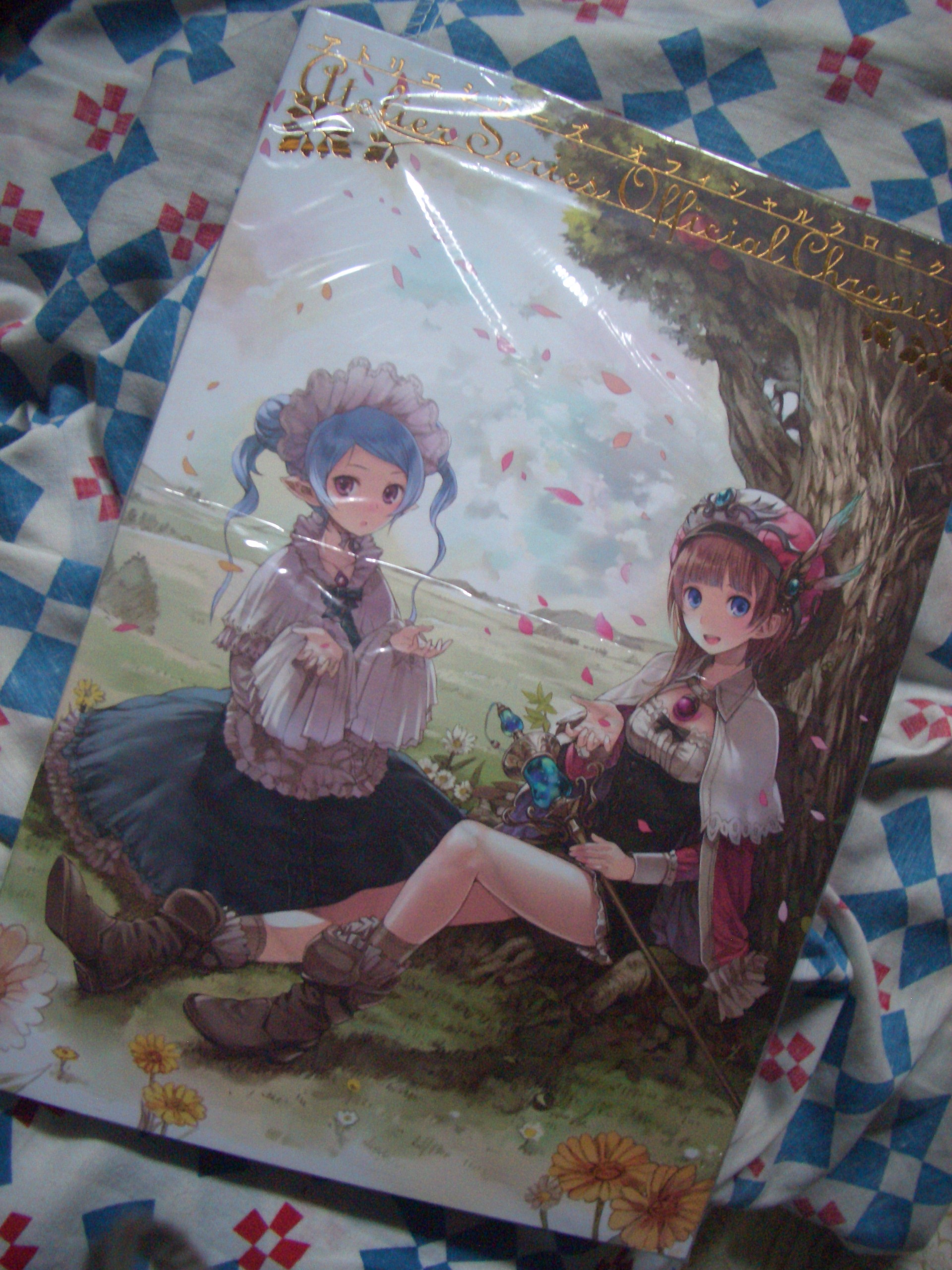 No other series have taken my interest in their artwork than the Atelier series and Ar tonelico. I’ve searched far and wide for artbooks for either series, and I’ve turned up empty-handed. Most of the items I’ve seen are either too expensive to import via shipping, and the cheap ones are already sold out.

Luckily, Comic Quest here in the Philippines (Can’t seem to find their official website. If you know kindly reply here with their official URL ^^; ) had a surprise waiting for me.

And here it is, the Atelier Series Official Chronicle! 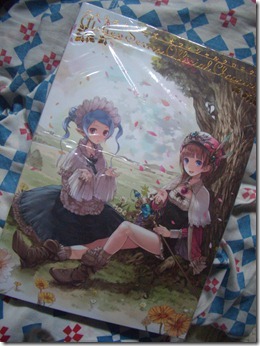 The book chronicles the art and the series from the first Atelier game back in 1997 Atelier Marie up until the most recent 2009 release Atelier Rorona. You’ll be able to see the evolution of the art style used in the game, as well as artist’s comments and thoughts in creating the pieces either in-game or in promotional materials. 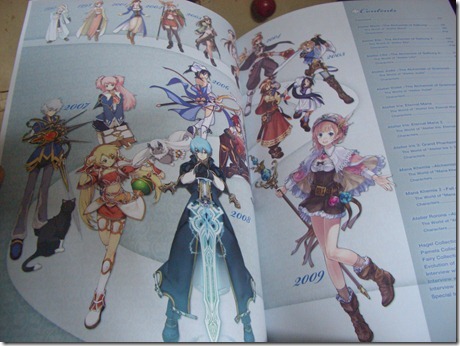 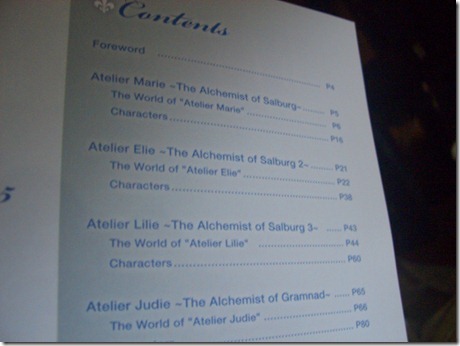 Table of Contents. It covers all Atelier games starting from Marie. 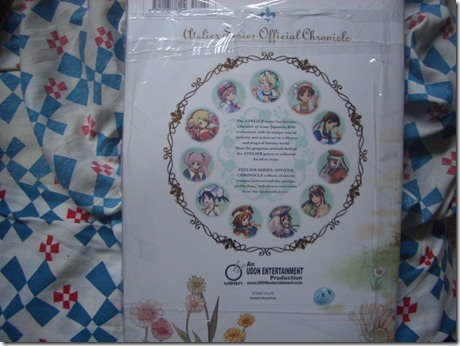 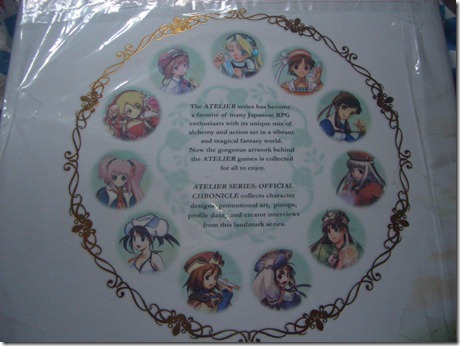 Zoom in on the back cover. You could see the girls of the Atelier series starting from the top, going clockwise from Marie to Rorona. 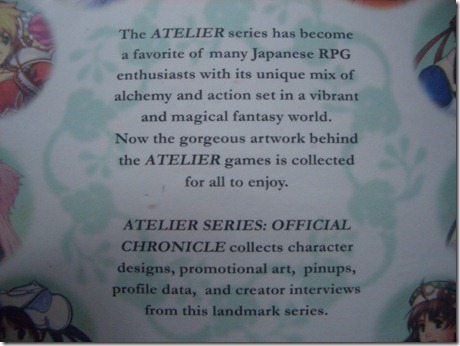 This is what it says.

Inside the book, you’ll see various artworks compiled from across different media and promotional materials, and some of the artwork are custom-made just for the book.

And of course, the book also showcases an interview with the developers. From the game engine, battle designer and the artist, we also have the sound team and Haruka Shimotsuki. 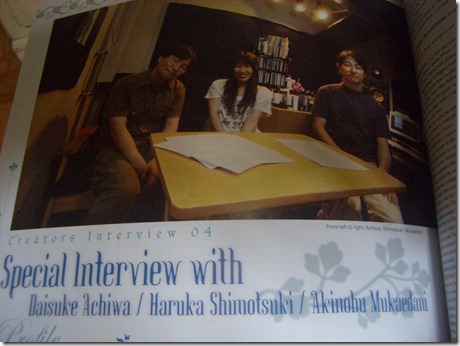 Interview with the creators. We have (from left to right) Daisuke Achiwa, Haruka Shimotsuki and Akinobu Mukaedani.

The interview gets into detail on what their thought processes were in creating the game, as well as their thoughts on creating each piece. Also what were their favorites throughout the series.

Bagging this book at a staggering Php2,500.00, this book is as heavy as it’s expensive. But given the bonus content, as well as being compiled from all of their Atelier games, this book is a must get. However, I do not seem to find any other place that sells the same item anymore, since this may seem to be the last copy from the store itself.