inquiries@sakuraindex.jp
A Fox’s Love: An English anime-inspired novel to release in March
0 Comments 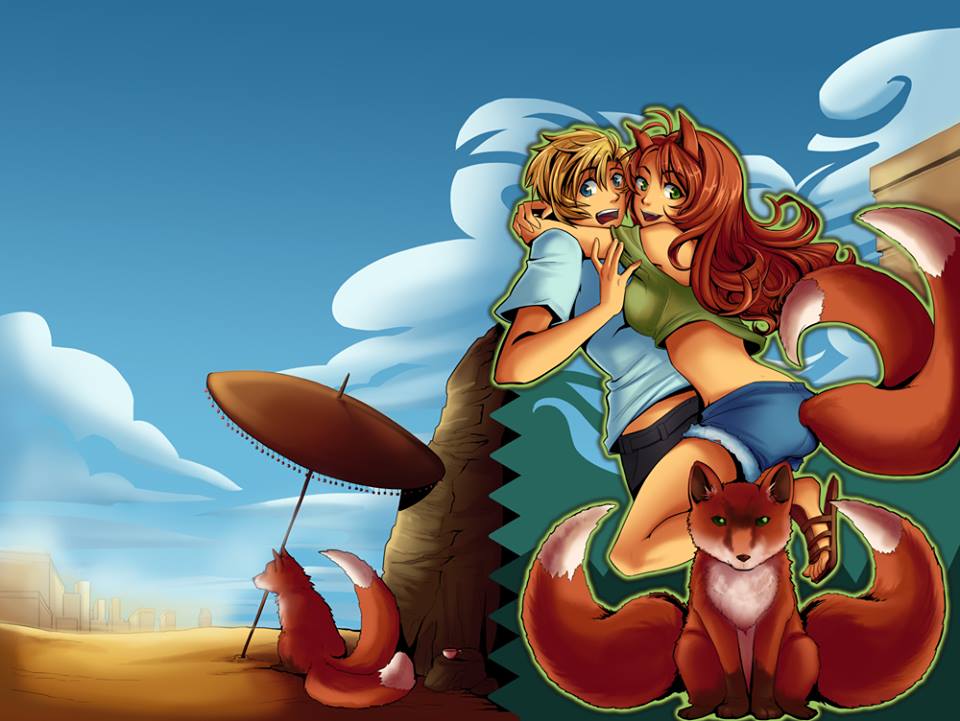 A number of anime viewers and fans expand their horizons by venturing into other forms of Japanese media; may it be reading comic books, drawing illustrations, composing music, or even making anime-inspired fanfic novels. You might find different works of fiction across different sites, but not all of them get their novels published on paperback and gets sold at bookshelves, even locally.

One particular writer, Brandon Varnell (Phoenix, Arizona), has been active recently in publishing his own works of fiction online at CreateSpace. His previous works, based on a few popular series like Naruto and Harry Potter, received good reviews from netizens, and is currently working on the American Kitsune series. The first part from this series titled A Fox’s Love will be his first published novel on paperback and eBook formats on Amazon.

A Fox’s Love tells a story of Kevin Swift, a typical (well, more than your average) teenager living a great high school life (except the fact that he has issues dealing with women), until one fated day when he rescues a two-tailed fox. Unbeknownst to him, the mysterious creature turned out to be a alluring shape-shifting vixen, Lilian Pnévma (read: Nev-ma).  The female fox, seeing this act as a heroic feat, has dedicated herself in making Kevin fall for her in any means possible. Hijinks ensue. The Author (someone who is yet to be identified as of writing) could also play a key role in the novel as well.

Reading on the premise of A Fox’s Love reminded me of a few manga titles, like Kanokon and To-Love Ru. A gorgeous female character chasing after a male lead, later on escalating to a sudden formation of a harem is something common in Japanese manga and light novels. Even though there isn’t any hint of a harem forming from this novel, but it might be interesting to see how the romance between the two protagonists will unfold. How anime-inspired novels will cater to the English audience could be something we would like to look out for, and Brandon Varnell, as well as others who are working on other anime-based novels online, might be taking good steps in making it become more than just a hobby.

You can find out more about Brandon Varnell as well as his ongoing project from his official Facebook page. You can also contact him by mailing varnell.brandon@gmail.com.