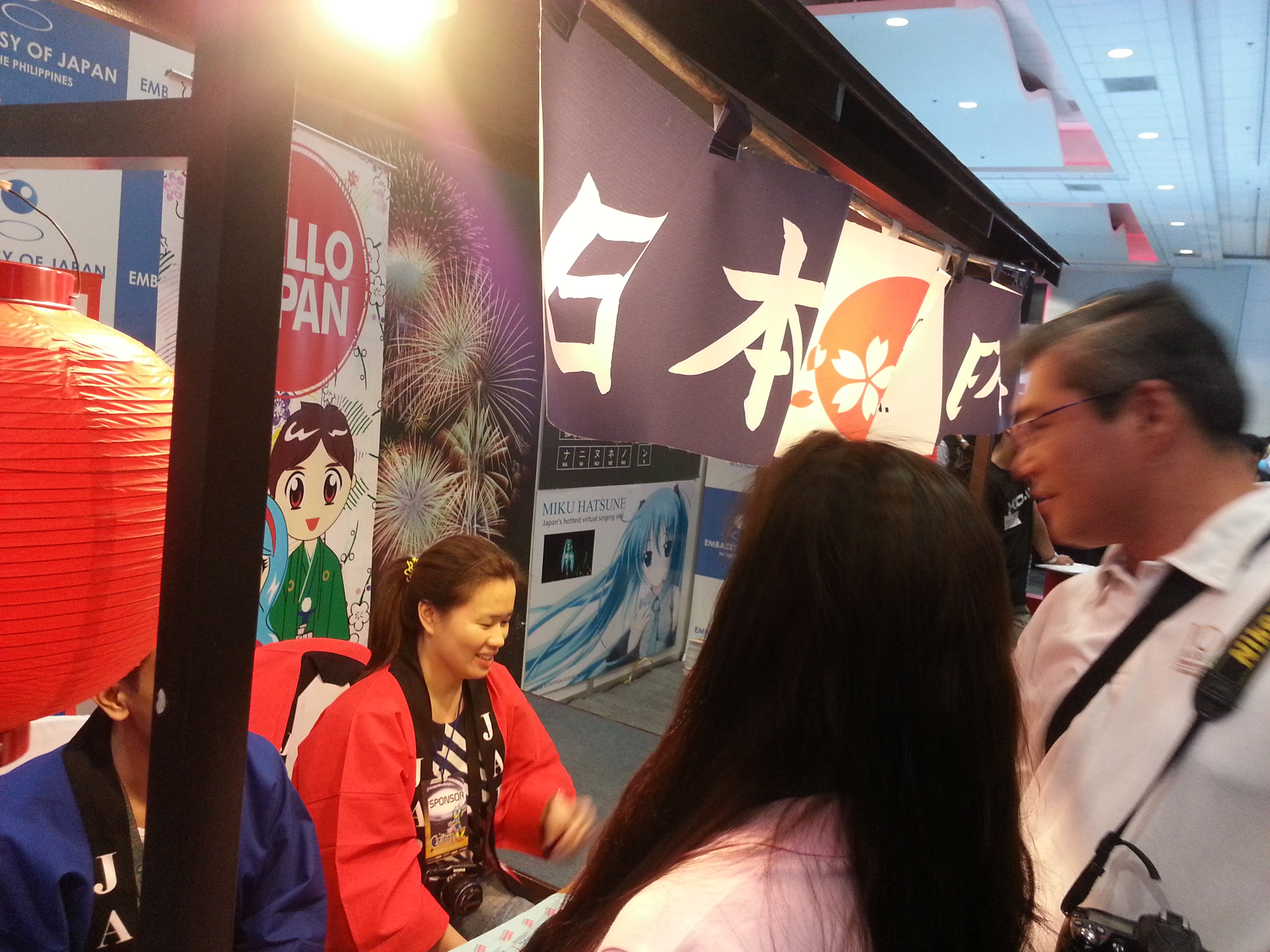 This year’s September has been packed with events left and right, and Cosmania 2012 is one of the month’s highlights. An annual event dedicated to Philippine cosplay and anime culture, people from all walks of life have gathered since yesterday at SMX Convention Center for different reasons. Some, to meet and greet their favorite cosplay idols, as others make their own stage with their flashy and unforgettable costumes from either games, comic books and of course, different anime series. A notable number came to take photos, as the rest came to purchase goods, accessories, and other items that can’t easily be found in a typical store.

With that said, SakuraIndex has spent almost an entire day in SMX to cover what’s hot and most interesting in this year’s reputable event.

Here are some of the shots taken from my phone, as I am not a photographer, the photos may not be in best quality. The other pictures will be uploaded in the next few days. Stay tuned!

The Booths
Like previous anime/toy/cosplay convention would have, there will always be food stalls, toy booths, gaming areas, media and sponsor booths, and of course, mini stores for cosplay and anime goods. Some of the notable sponsors for this year are TV5, Animax, SGCafe, Yoshinoya, All Nippon Airways, Nissin, Cherry Credits, and many, many more.

TV5 is one of the major sponsors for this event; they also made the necessary preparations to amaze the crowd with their ongoing programs on local TV.

A larger gaming booth. Can you name the games being displayed on their screens?

One of the most frequented food stalls in the event. Takoyaki, anyone?

Another toy booth, this time by Wasabi Toys

The Toys
One of the booths in the area is from Team Oniichan, a figure display crew widely known in the Philippine anime community for their great anime figure exhibits. People with their best cameras (and camera phones) have visited this area to take quick shots of their favorite characters placed in different tables. Most of the images below came from their booth, while the rest came from other booths.

Would you this fish?

There’s no way your tsundere maid can be this cute!

Uh oh, Woody what are you doing?

You don’t wanna know how this head came to be, do you?

Because pink Gundam is teh moe. *kira*

The Cosplayers
These are some just of the ones I caught while walking around. Most of the cosplay shots will be uploaded in the next post. There’s more variety with the cosplays this year, although there are a few which I’ve seen previously from Best of Anime event a couple of weeks ago.

Perhaps this was done right after episode 8.

Instant Cosplay! Err, what are you cosplaying as again?

That’s all for now! More photos of yesterday’s cosplayers to come soon!