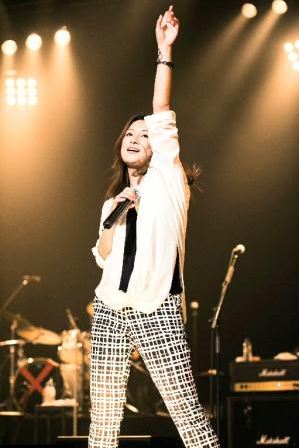 Van Tomiko of Do As Infinity announced her marriage to a non-celebrity husband 4 years younger.

The announcement was made to her fans during the “13th birthday”, in which they performed 23 songs.  “I wanted to make my marriage announcement first to my fans who have always supported me,” She says, “He’s a kind and faithful person who supports me with a broad mind. While understanding and helping each other, I want to spend my life with him. It would make me happy if you would watch over us warmly.”

Van Tomiko is 33 years old this year when she makes this announcement, in an industry where fans take their loyalty and fandom to the extremes (where some even commit suicide), especially when it involves marriage matters.

Van Tomiko and her husband submitted their marriage papers at the ward office in mid-September.