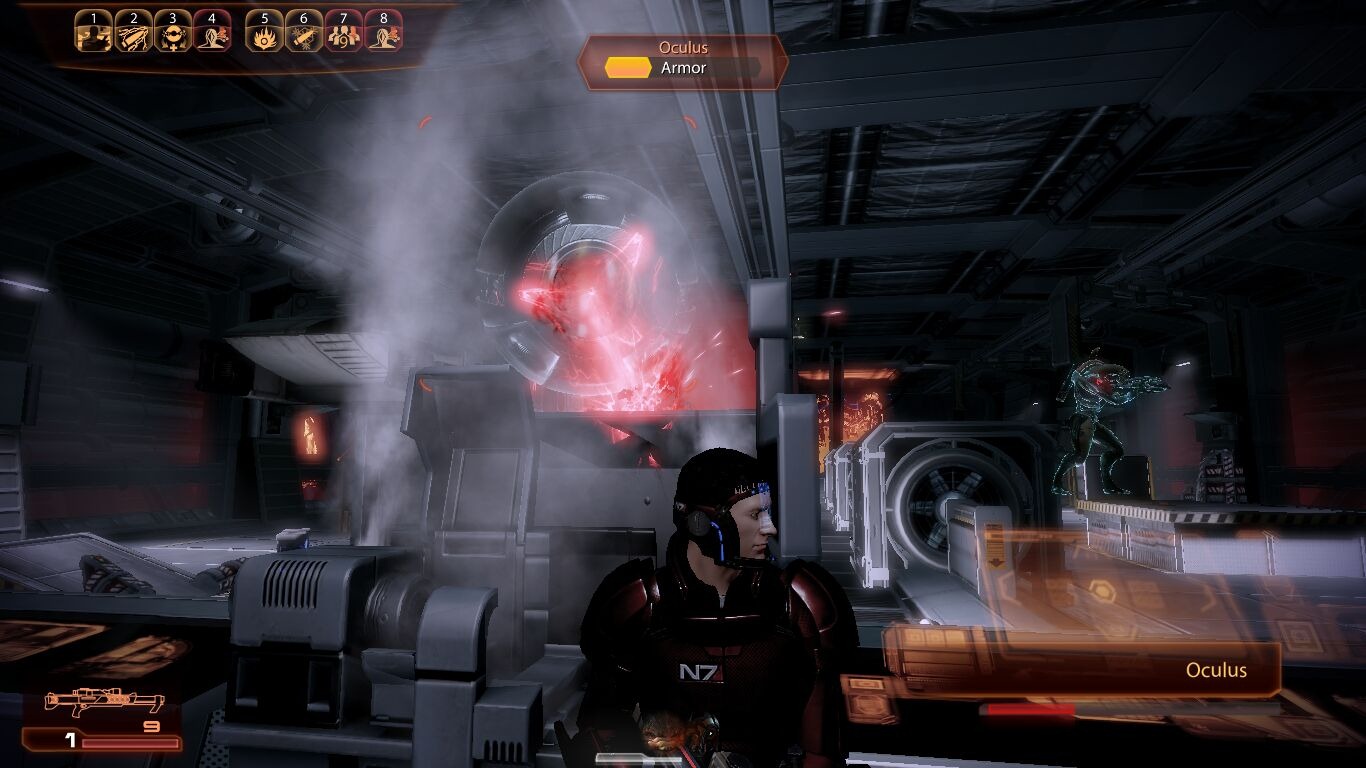 In screenshot of the day, I’ll be sharing a screen capture of some of the things that is memorable to me– both as an anime fan and as a gamer. The screen captures can be either a shot from an anime episode or from a game that I’ve been playing; either from Japanese games to western games.

Today’s screenshot will be from a game that I’ve completed over and over– Mass Effect 2. In this screenshot, my character has arrived in the Collector’s base past the Omega 4 relay. Upon which you are engaged almost immediately by collector Oculus’– which are the base guards. I’ve started engaging an Oculus that went in the cargo hold of the Normandy. I remember playing this scene for the first time. My pulse was racing, as I didn’t know what enemy type was this, and how to fight it. The danger was doubly so– I was using an Infiltrator-class character, so my Shields/Armor/HP weren’t exactly tough. I had to tough this one out; and re-did this level at about three to four times.