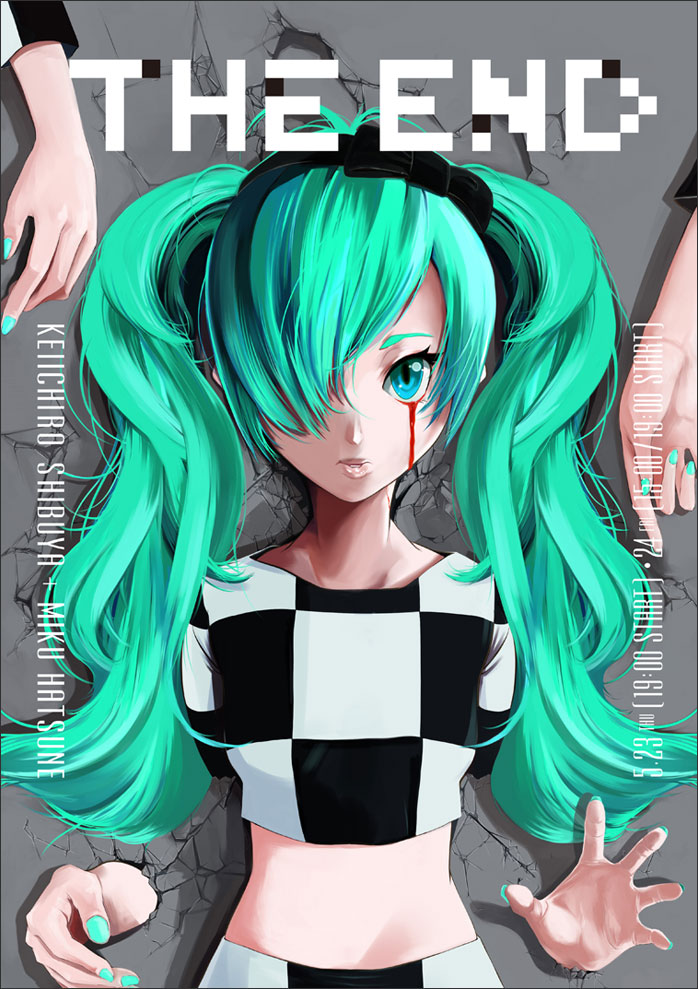 From our computer screens to the concert stage as a virtual diva, Hatsune Miku is now starting to make her prescence known in theater with an opera titled [The End]. 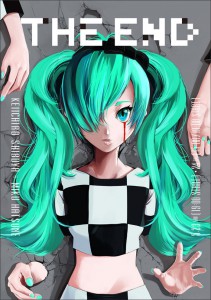 This project is unique in the sense that there are no human singers or actors onstage. All singing is done by the Vocaloid software and instead of actors, hatsune Miku in all her digital 3D hologram goodness will grace the stage.

Another notable feature is that Marc Jacobs of the Louis Vuitton fashion house has designed Miku’s clothing specifically for this performance. For the first time ever as well, this particular design does not have the traditional Louis Vuitton monogram symbol. 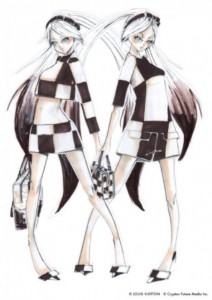 To promote the performance, a “life-size” (158cm) figure of Miku was created wearing the design: 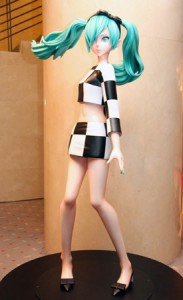 The opera started in Japan on the 1st, 2nd and 3rd of December and all three shows quickly sold out. Another set of performances were shown on the 23rd and 24th of May in Tokyo. If you want to watch it, you’ll have to wait for a DVD/BD of it to be released or if you will be in Paris on the 13th or 15th of November, you can catch the opera there in the Theatre du Chatelet Opera House.

More information can be gotten from the Offical Website for [THE END].

For now, here’s the trailer for it. Let’s keep our fingers crossed that we can have a chance to see this spectacle.