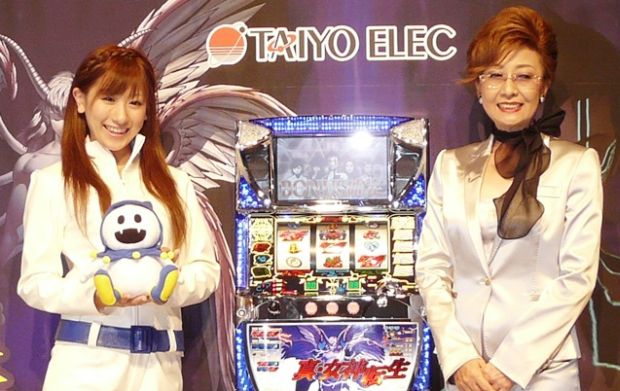 In this Cultural Exchange Segment, we try to look into the other side of the coin for some Anime Companies: leasing IPs to Gaming. We collated some information over the internet, and here’s what we found so far. It’s interesting that most IPs that are usually targeted towards the younger generation are used as materials in Pachinko slots in Japan– where most of the users are from the working-class.

In Japan, gambling is heavily regulated by the government with next to no casinos operating legally within the country. As it currently stands in Japan, Pachinko is one of the only legal avenues open to people looking for a way to win big at a game of chance. But for someone who’s never heard of the game, it can be a little surprising, and really confusing, trying to figure out how it all works.

What exactly is Pachinko? Visually, a pachinko machine very closely resembles a cross between a slot machine and a pinball game, with the goal of player is to shoot several metal balls through designated holes. Each of the holes corresponds to a different payout and, if playing at a PachiSlot, can also trigger a slot machine like scenario that will affect the total winnings of the player.

To the outside viewer, the closest immediate analog for the game would be like a highly mass produced version of Plinko from The Price is Right. In essence, both games function almost exactly alike, with the biggest difference coming from the way the payout is provided in the end. Pachinko players are rewarded with more pachinko balls that they can then “cash out” in exchange for in-store prizes.

Most of these prizes are typically small, convenience store type products like cans of soda or other similar items. However, many pachinko parlours will allow players to trade their winnings for “tokens” that differ from location to location. These tokens don’t have any immediate monetary value but can be traded in at nearby locations for a preset amount of money.

Because the transfer of funds does not take place at the establishment, pachinko does not violate the countries anti-gambling laws, making it the go-to game of chance for many. Maybe if you win, you summon a persona.

In addition to its core gameplay, pachinko also shares another detail with its western slot machine brothers, and that is the amount of licensed material used to attract players. Many pachinko parlours partner with animation companies to rake in players. Gainax and Sega Sammy Holdings are just some examples of companies offering their various IP’s to the industry with the goal of increasing their market reach.

Kyoraku, one of the biggest manufacturers of Pachinko games in the world, have even managed to bring Kentaro Miura’s bloody magnum opus Berserk into the industry, showing that there’s no such thing as a series that can’t be brought to a pachinko parlour—literally.

Will the game have the same kind of cultural and monetary impact outside of Japan? It’s hard to say. What we can say is that there’s a certain strange feeling that borders between amused and bewildered every time a favourite series shows up on a pachinko machine.