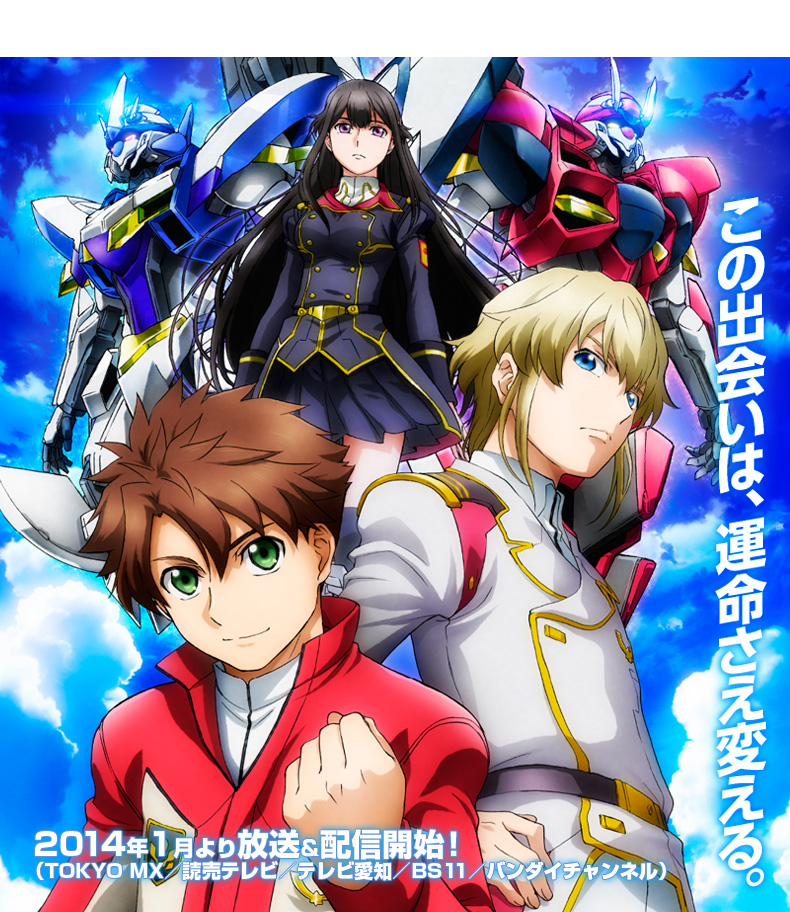 With Fall Anime 2013 drawing to a close, animation studios are beginning to announce new series coming up next season. And the first one we visit is from Sunrise, showing us yet another mecha title– Buddy Complex.

The Show’s Synopsis is thus:

Aoba Watase, a high school boy living in a city called Maihama, leads a normal life of school, romance, and the swim club. Watase’s life changes when he sees a beautiful girl, Hina Yumihara, at the pool one day and discovers he is initially the only person who can see her. In order to keep his high school’s swimming club open by recruiting more members, Watase hopes to enlist Hinao to appear in a promo video shot by Watase’s close friend, Gengo. Hina agrees, but on the condition that he does something for her in exchange – pilot a mecha for an organization known as Celebrum.

Agreeing to her request, Watase is drawn into a world of fighting giant robots in a game-like world that he must save from Deutera Areas formed by aliens known as Gards-orm that threaten to destroy the earth. However, Watase soon comes to realize that the world that he is living in might not even be real at all and begins to find that everything he is doing is strangely familiar. As he questions the nature of the reality he lives in, Hina must continue to fight in order to protect the lives of those important to him.
(Source: Moetron)

Looks like Sunrise is getting a penchant for really unique backgrounds and story ideas from now on; and noting that what they did with Valverave, I’m definitely looking forward to this one.