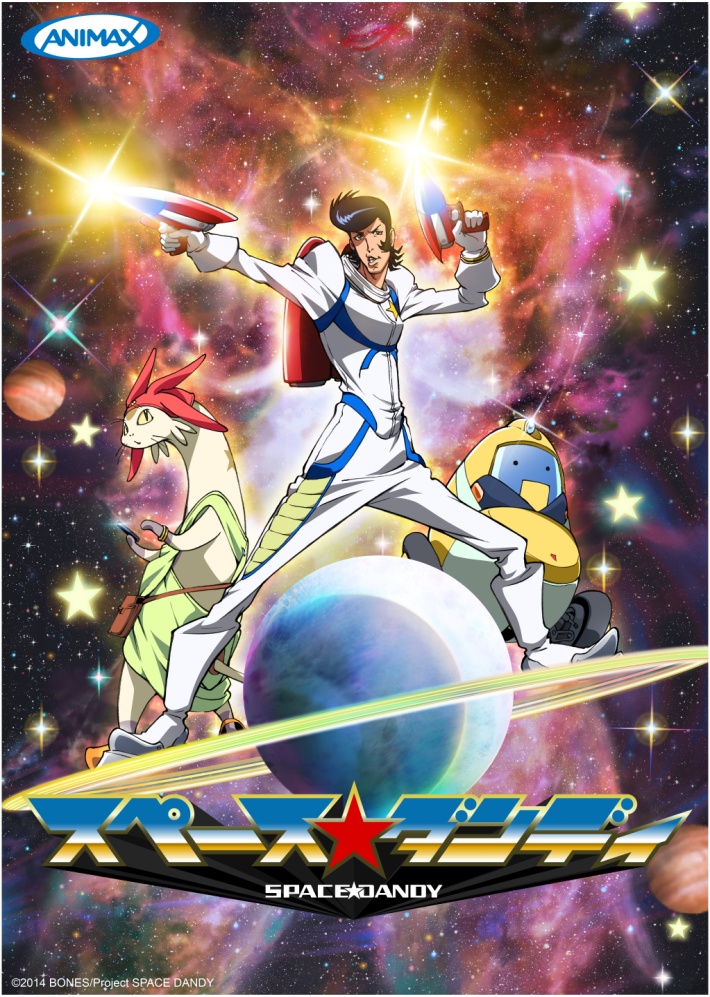 Can’t be any more… *ahem* dandy than this.

Space Dandy, from Studio Bones, is another title set for simulcast on Animax Asia— which will premiere on January 5, 2014 at 10pm. And since it’s a simulcast, it means that the broadcast will happen at the same time as it airs in Japan (which is at 11pm, Japan Standard Time).

It is a very daring move, considering they have just started simulcasting shows just about three months ago, with Coppelion.

“The wonderful opportunity to enjoy Space Dandy with Japan’s audiences is Animax Asia’s gift to our viewers for a great start to 2014. We look forward to offering more top notch anime programs and delivering the best entertainment experiences on- and off-screen in the new year.”