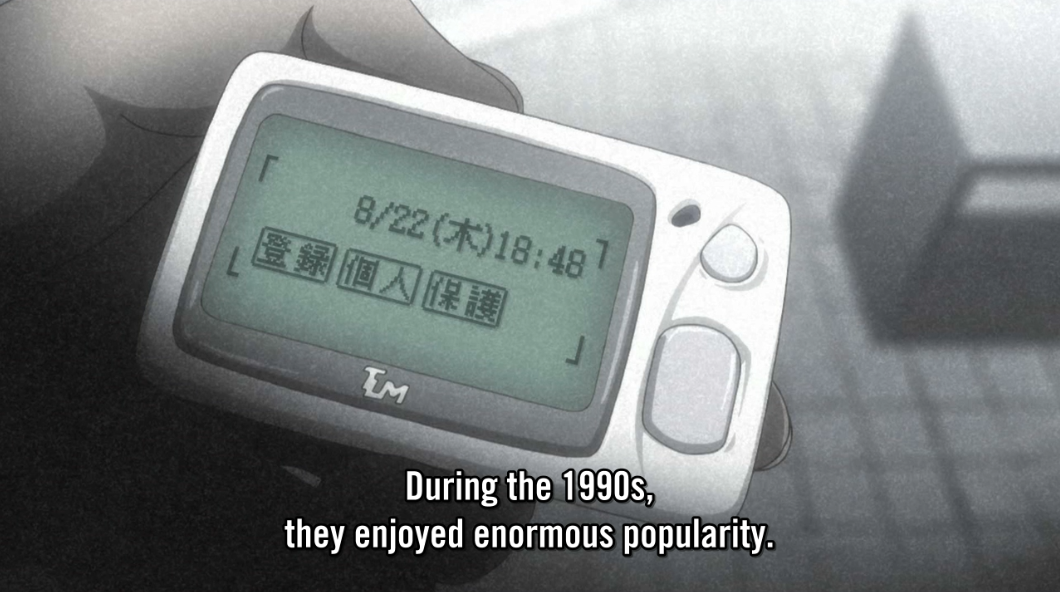 In this episode we find Future Gadget Labs poking around history with their own experiments. There were three experiments this episode; only two of which successfully made it through and adjusted the world lines.

Summary: Okarin, after receiving Titor’s text and request to be the “messiah”, decides to try and verify his ability to be able to see the changes between different world lines. He then devises the first experiment on which Daru will try and change his chances in winning the card tournament. He fails; apparently his chances of changing that part of

history maybe be small (theory on my previous post). 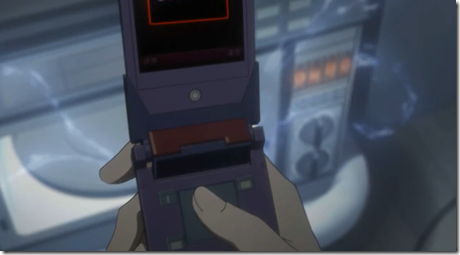 Summary: The experiment involved Shining Finger to change her phone. The text message tells her previous self to not buy a new phone. This experiment was a success, and the new reality is that Shining finger did not go to the laboratory in the last few days. Possible change in interpersonal recognition sighted, with Daru and Kurisu not recognizing Moeka.

Results: Experiment success. Successfully made Moeka stopped Moeka change her phone. Side effects on changing the world line may be imminent due to unplanned reactions caused by the new reality. 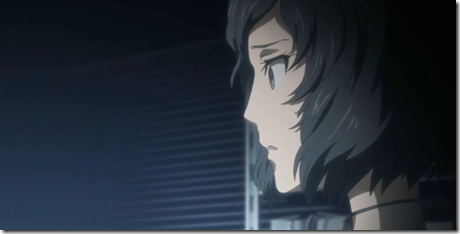 Summary: Experiment involving sending a text message to a parent in order to increase chances of changing a person’s gender. Kou was the requestor (Future Gadget Member #006). By attempting to change the eating habit of his mother, he wanted to make his gender into a girl in the process. Mobile phones weren’t popular by the time of his mother’s pregnancy, so they had to resort to using pagers as a mode of transmission. Gender change success after the attempt. Was not able to confirm with Future Gadget Lab team members the success of the experiment (as of writing).

Results: Success. Gender of Kou was changed. Possible pattern in changes to the world line in sight.

Wow. Just… wow. They were able to change reality again. This time, twice in succession. What made me think was that Daru’s requets on winning however did not affect the outcome of the tournament. We not ponder the results of this experiment. I could only think of two possible explanations on how his requested change was rejected. The first one was that the change was also subject to the personalities and circumstances of the target affected. In this case, Daru and the girl. Daru may have the information beforehand, but his decisions on the battle may have been the one that caused his defeat. The second reason may be that for certain events in the past, there are some that cannot be changed or that are not elastic. However, this may be due to reasons in the first reason, and that even when given the data needed to change the result he had to exert more considerable effort.

The other two experiments that changed both Moeka’s and Kou’s present realities were surprising, and not without consequences. Moeka may have not arrived to the laboratory nor have been introduced to the group after the phone change– this may have been caused by her dealing with her old phone (maybe it was busted?). As for Kou… it was surprising that his reality have been changed by a simple yet unproven theory on changing the person’s gender at during pregnancy.

The two may have bee successful due to the targets’ susceptibility to accept the data and make use of the data received. Or maybe it also depends on the manner of how the data is transmitted to the target (maybe some of it are not convincing enough, or may contain insufficient data to influence change). If this is the case, We could completely see the reasons why Daru had failed, and Moeka and Kou had succeeded.

I’d like to see what else they could change. I’d like to see them attempt to change something in the country. A different type of government, perhaps?

See you again on Episode 08! 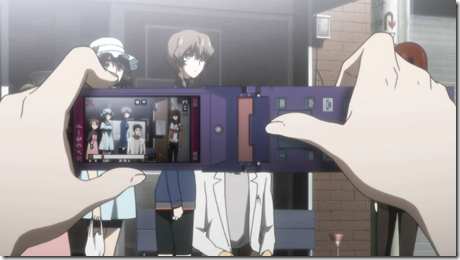 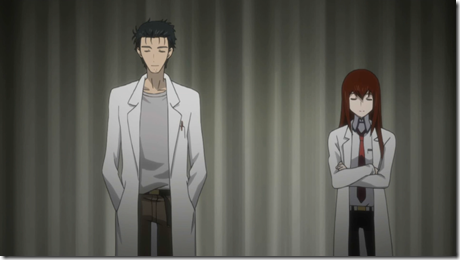 Damn. The two of you really look good together. Especially Kurisu. 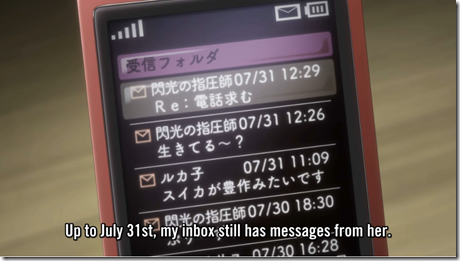 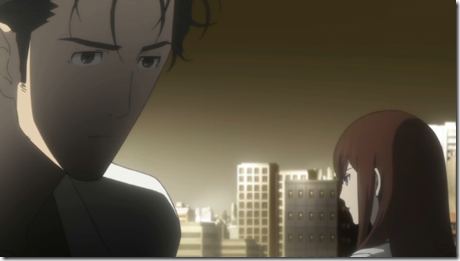 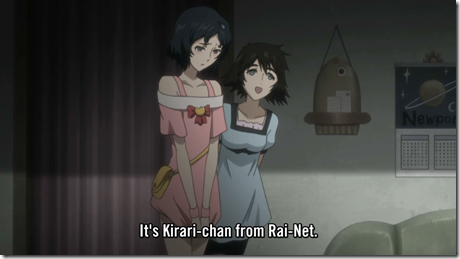 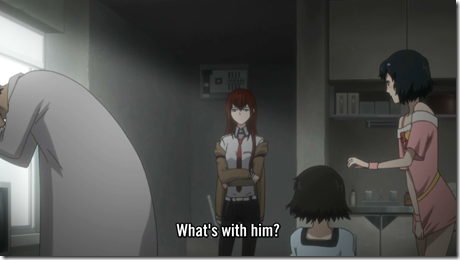 And she absolutely has no idea about Kou. 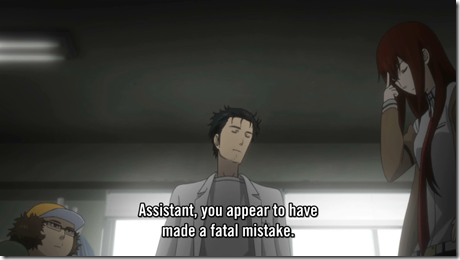 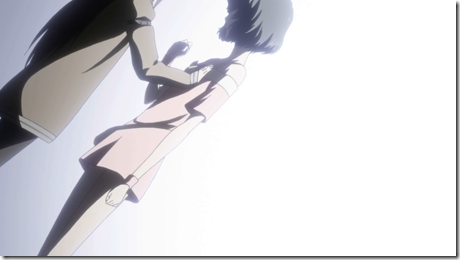 And to try and prove it… 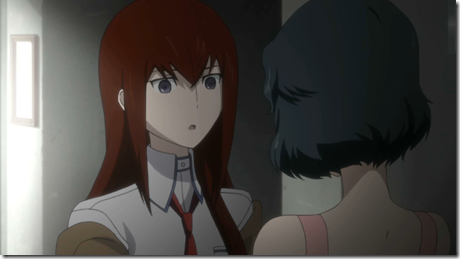 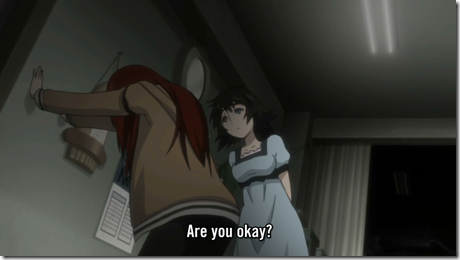 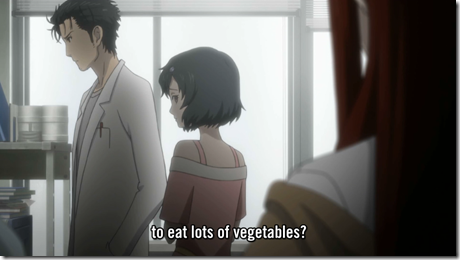 Haven’t heard of this saying though o.o 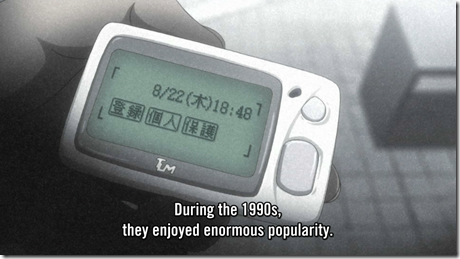 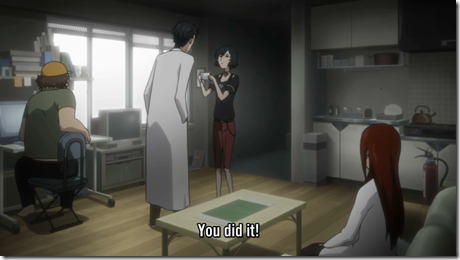 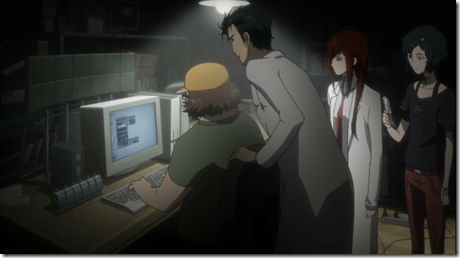 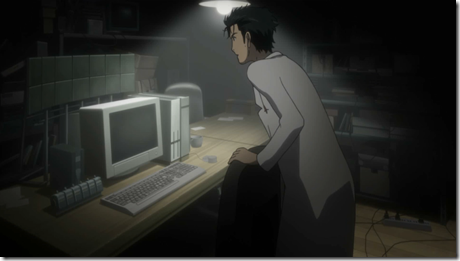 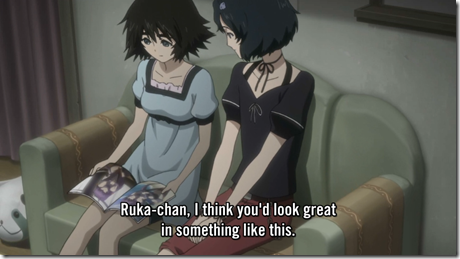 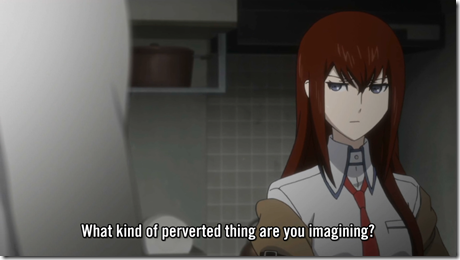 Because of this, he won’t be able to confirm the change. W–wait. How is he going to confirm it?! o_O 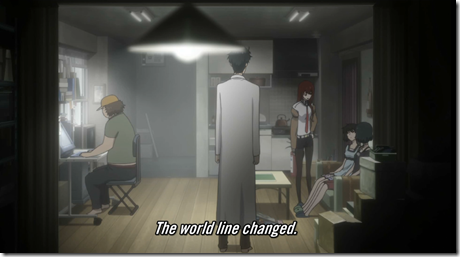