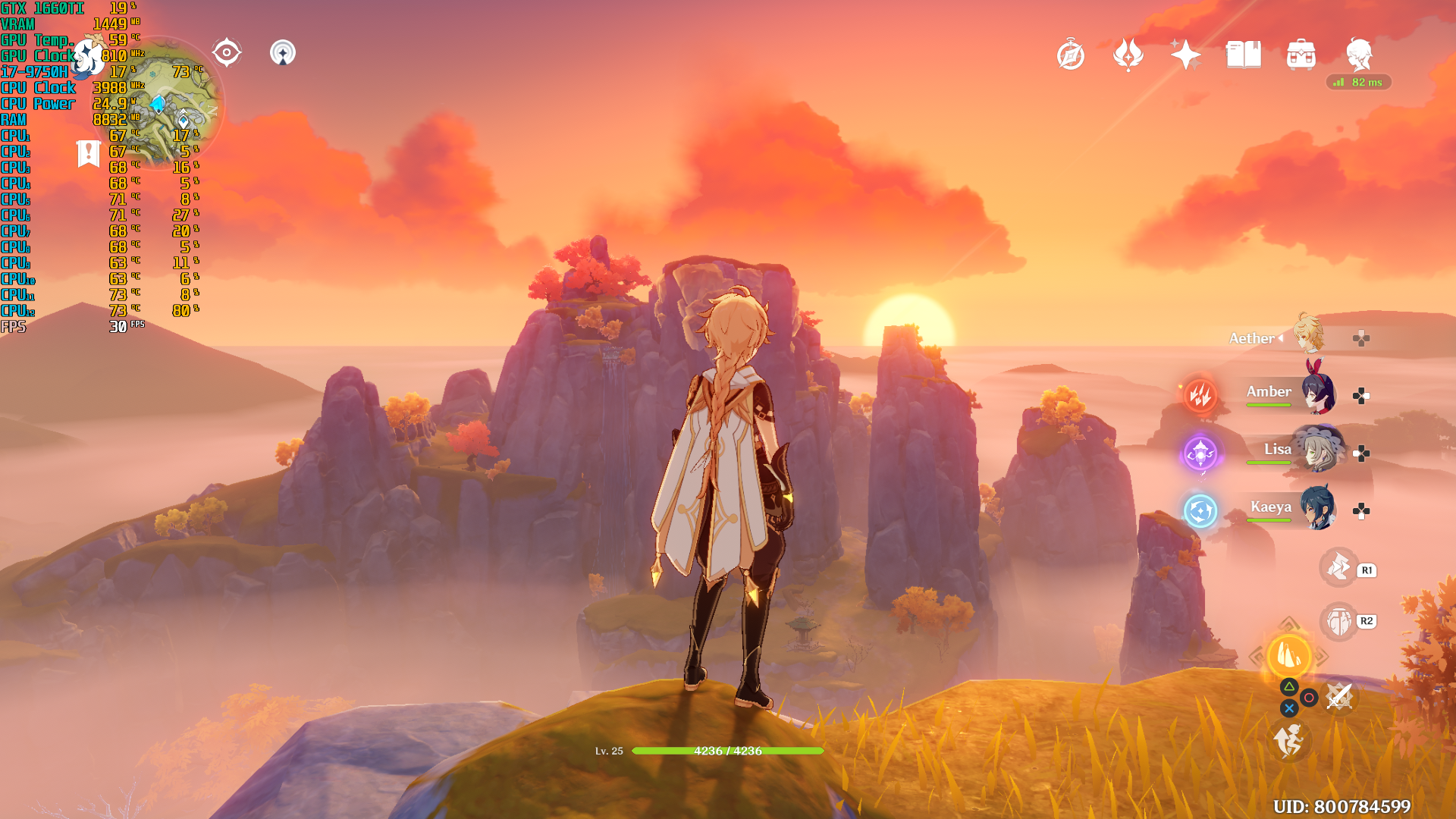 Genshin Impact is the latest mobile game from miHoYo, released last September 28, 2020. This anime-esque game just had to be given a performance review, that’s why we took the time to check it out.

The developers behind Honkai Impact 3 have taken a bold step this time with their latest hack-and-slash adventure game. It’s also impressive to see similar mechanics in the previous game’s A Post Honkai Odyssey segment with the jumping, attacking and skill buttons. Genshin Impact, however, takes these mechanics to a higher level.

While most of the open world really does take after some of the mechanics, aesthetics and scenery of Legend of Zelda: Breath of the Wild, that’s exactly where the similarities end.

The world of Teyvat is a beauty to behold. Grassy plains, high cliffs, oceans and magnificent sunsets are everywhere. It’s easy to think this is another Breath of the Wild clone, but the game itself is fun in its own right to stand apart from the comparisons, both in terms of story and gameplay.

You play as either Aether or his sister Lumine, a pair of interdimensional travelling twins who are separated by an unknown goddess. Either sibling you choose to play as spends the entirety of the game exploring the scenic world they are trapped in, all to be reunited again. Seems simple enough, until you get discover that the situation becomes far more complicated.

Along the way, you can unlock and recruit other party members like Amber, Kaeya, and Lisa to aid you in your quests. There are also other characters you can obtain by rolling the gacha (first roll is always free). 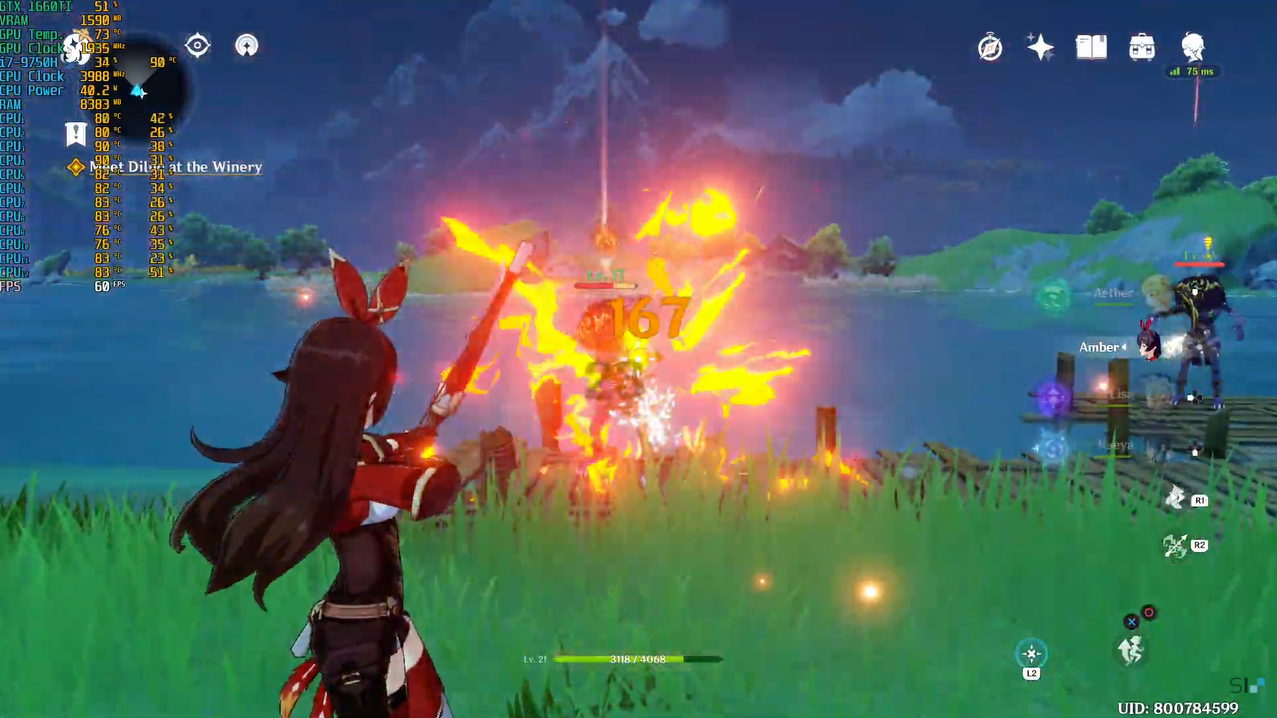 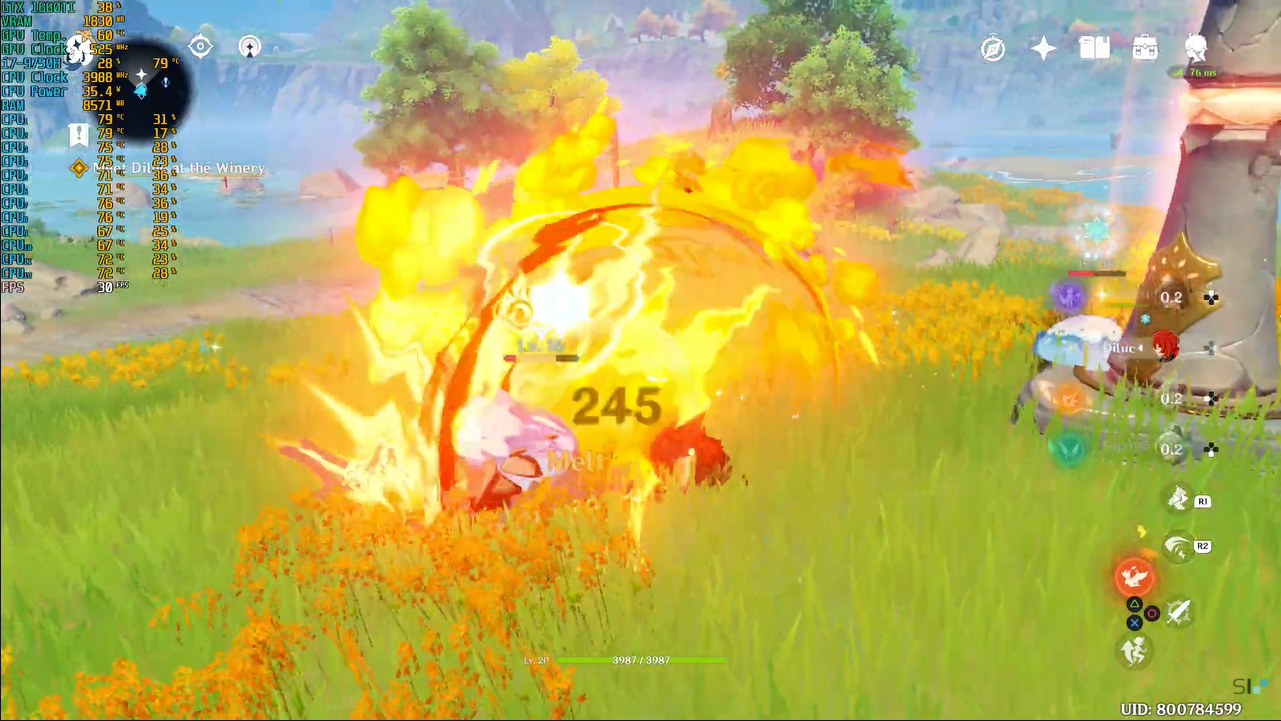 There are buttons for attacking, jumping, casting skills and ultimates, and dodging. Longtime veterans of Honkai Impact 3 and its sequel story, A Post Honkai Odyssey, will be familiar with these controls. The layout may be slightly different but the controls are nearly similar. You can even switch characters on the fly to chain different attacks in sequence. 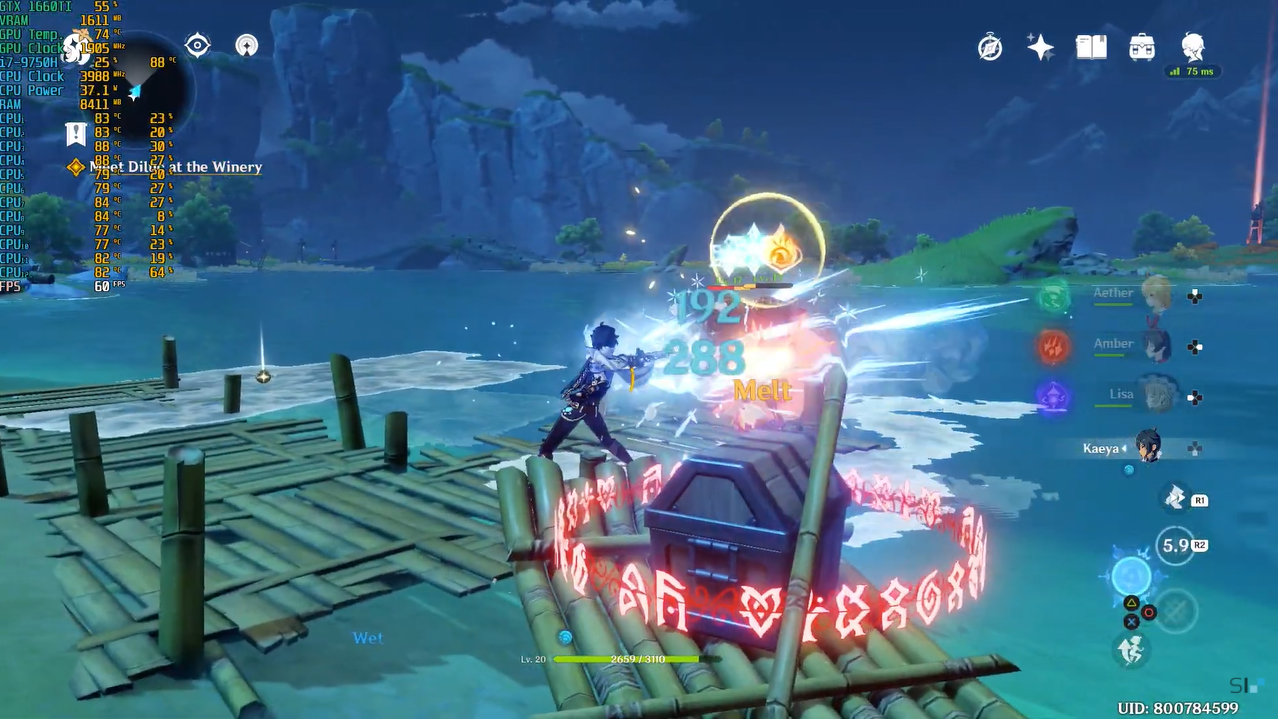 One notable feature in Genshin Impact’s combat system are elemental reaction effects. These trigger when two or more elements are combined in sequence on both enemies and player characters. Depending on the elemental reaction, these can freeze enemies, inflict more damage and much more.

This mechanic is pretty much where switching characters and chaining their elemental skills come into play. It’s also advisable to level up either Aether or Lumine because they can switch between elements, depending on which area of the game they are in. 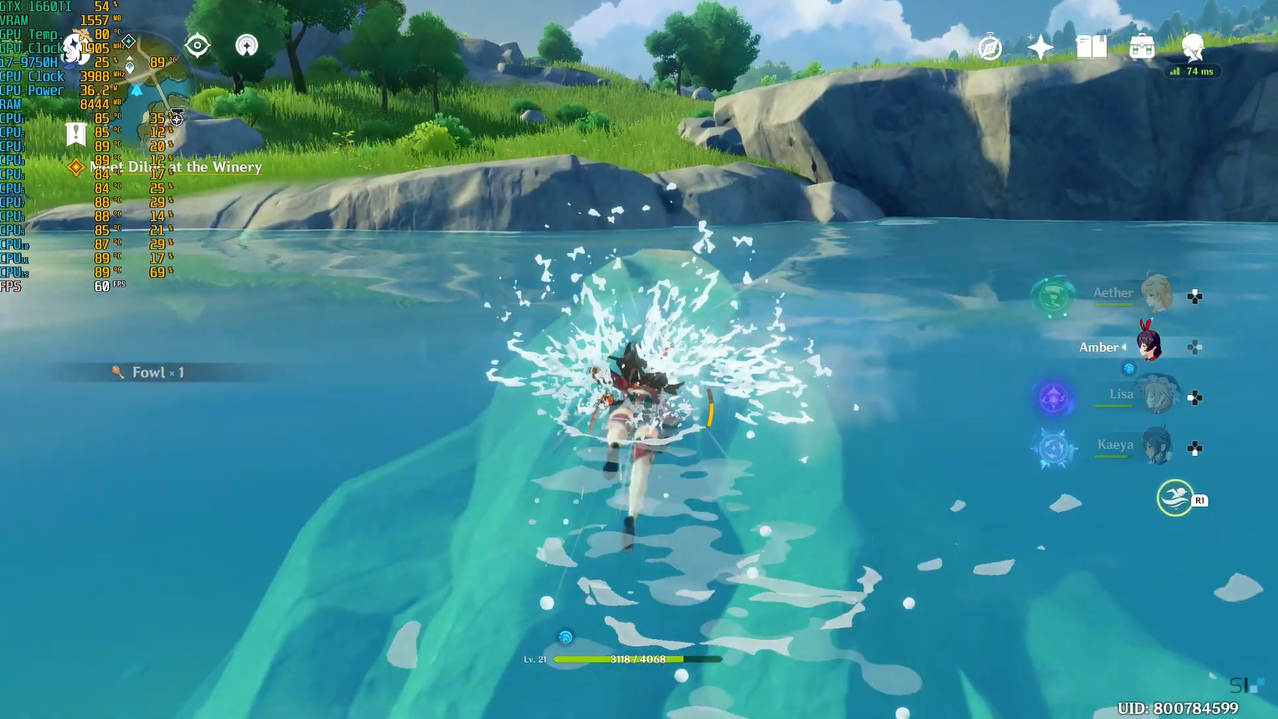 Much like Breath of the Wild, you can climb just about any surface, swim in water, and glide down from high places. This is a handy mechanic for finding items, unlocking teleport waypoints, and even special checkpoints that heal your party and change the main character’s elemental skills. 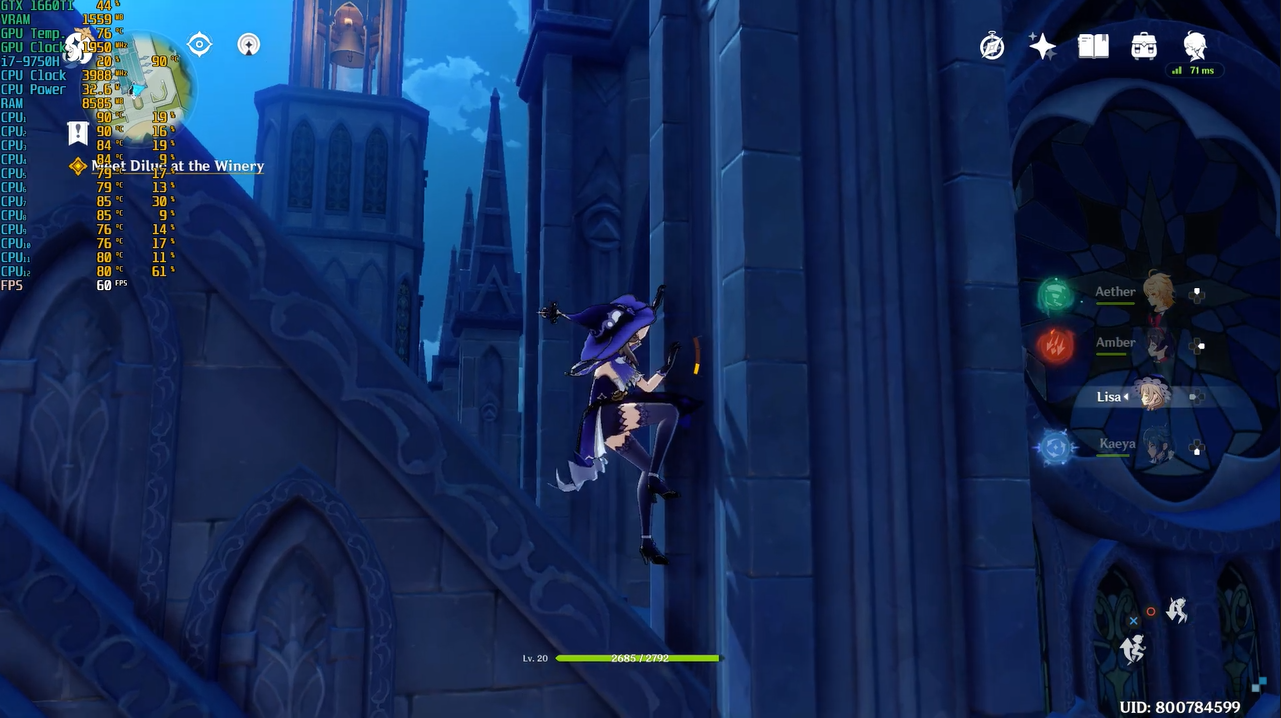 This way of navigation also opens up other options for combat. You can glide and trigger a dive attack on unsuspecting foes, swim around and climb a ledge to ambush a camp from behind, or simply snipe enemies from a high vantage point.

Keep in mind that these actions are limited by a stamina meter. If you run out of stamina while swimming, you can drown and have an untimely trip to your last respawn point. You can also run the risk of falling and suffering damage or incapacitation if you deplete your stamina while climbing or gliding. 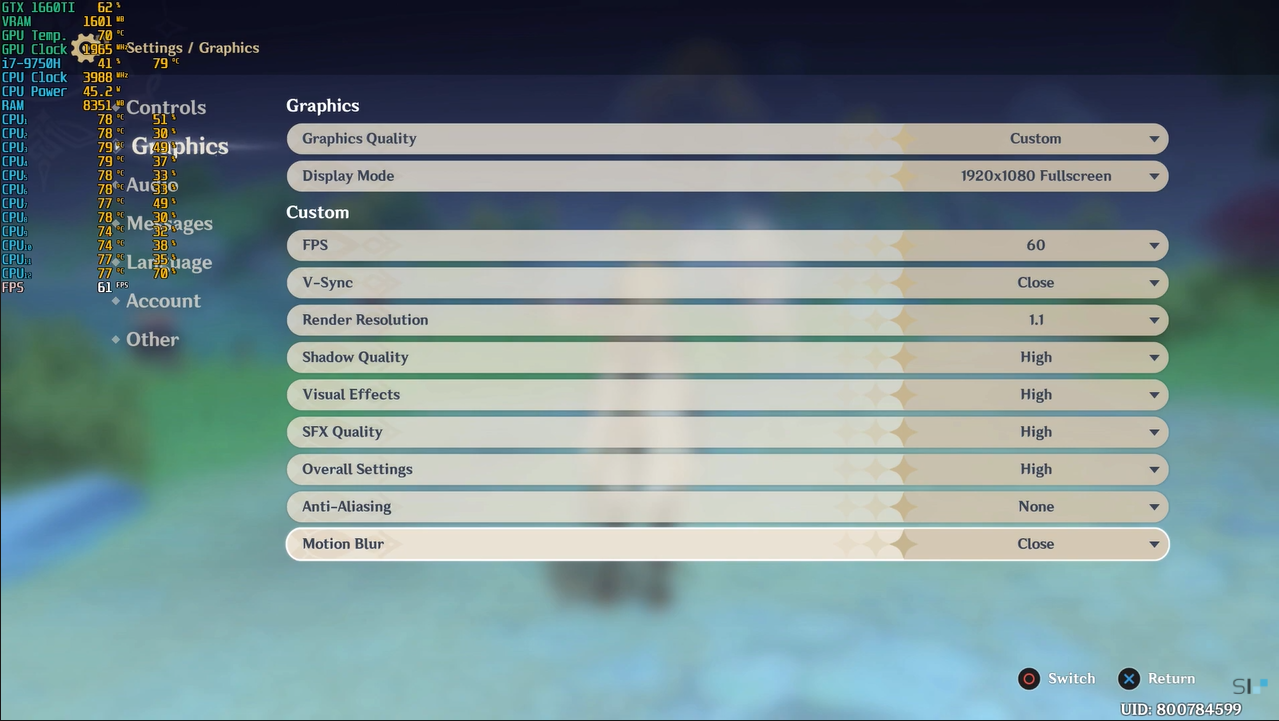 While Genshin Impact was released as a mobile game, it also has cross platform capabilities. You can opt to play this game in PC, mobile and PS4, but keep in mind that saves only sync between PC and mobile devices as of this writing.

For this particular test, we used the 2019 model Asus ROG Strix G G531GU-AL406T laptop. We performed the test at room temperature with no airconditioning to see how hot it would really run.

The specs are as follows:

For the first run, the graphics were set to “High” with the FPS at 60. In this configuration, the game made the processor run rather hot from the 80C to the 90C range. At one point, the CPU temperature spiked to 99C, while the GPU was at 79C. 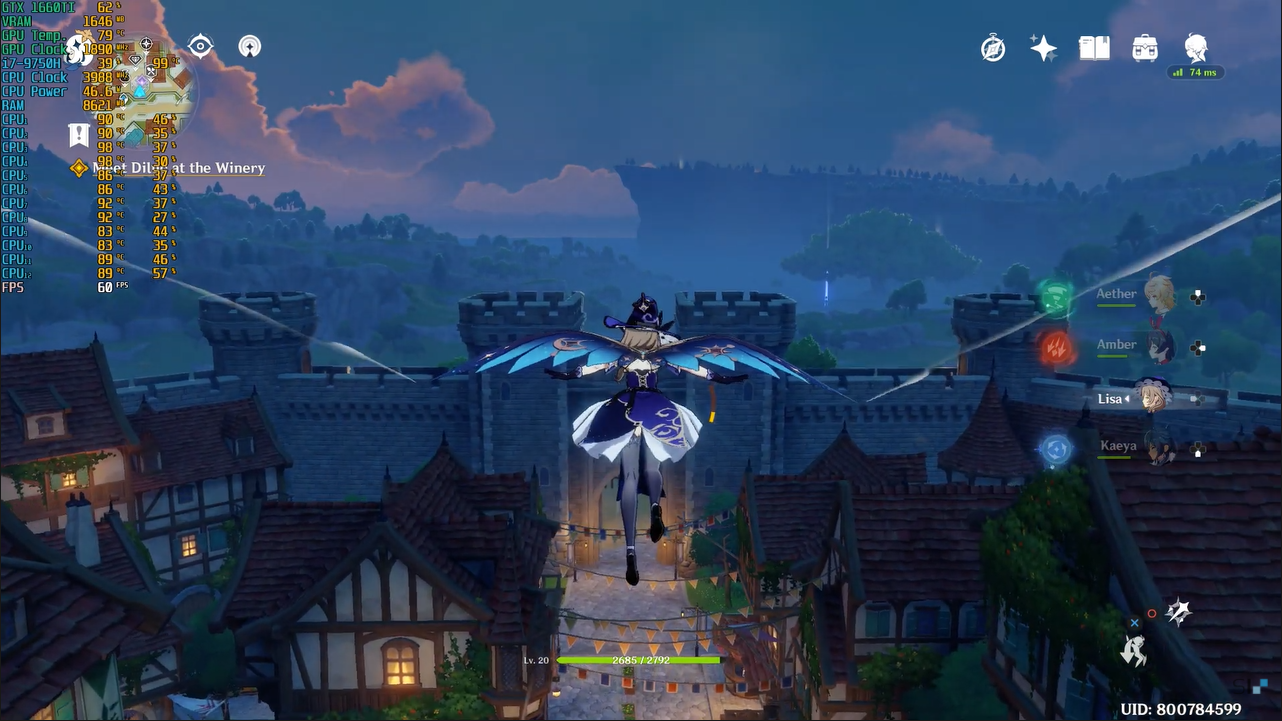 For the next half of the test, we set the graphics to “Medium” and capped the FPS to 30. This yielded lower CPU temperatures from 70C to 86C. The graphics card also saw lower temperatures at 60C. 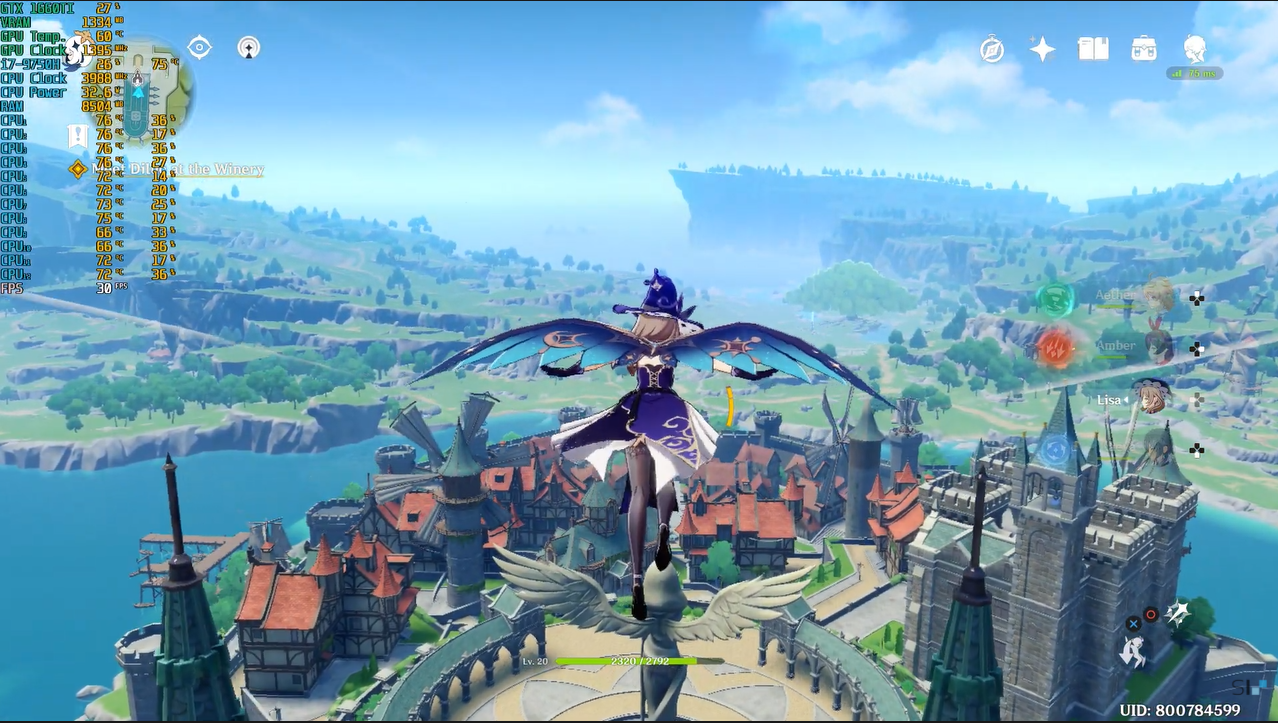 Make no mistake, Genshin Impact is a demanding game. Even flagship phones like the Samsung Galaxy S10+ we used may have heating problems running this at high graphics as well, as seen in this mobile phone test.

While there was thankfully no lag while gaming, the internal temperatures shot up to 44C while on high settings. It might not be advisable to play for hours as it also triggered an auto-shutdown and discharge failsafe in my Samsung Galaxy S10+ in a previous session. Thankfully, temperatures remained at 38C to 40C when the game was configured to its lowest graphics settings. 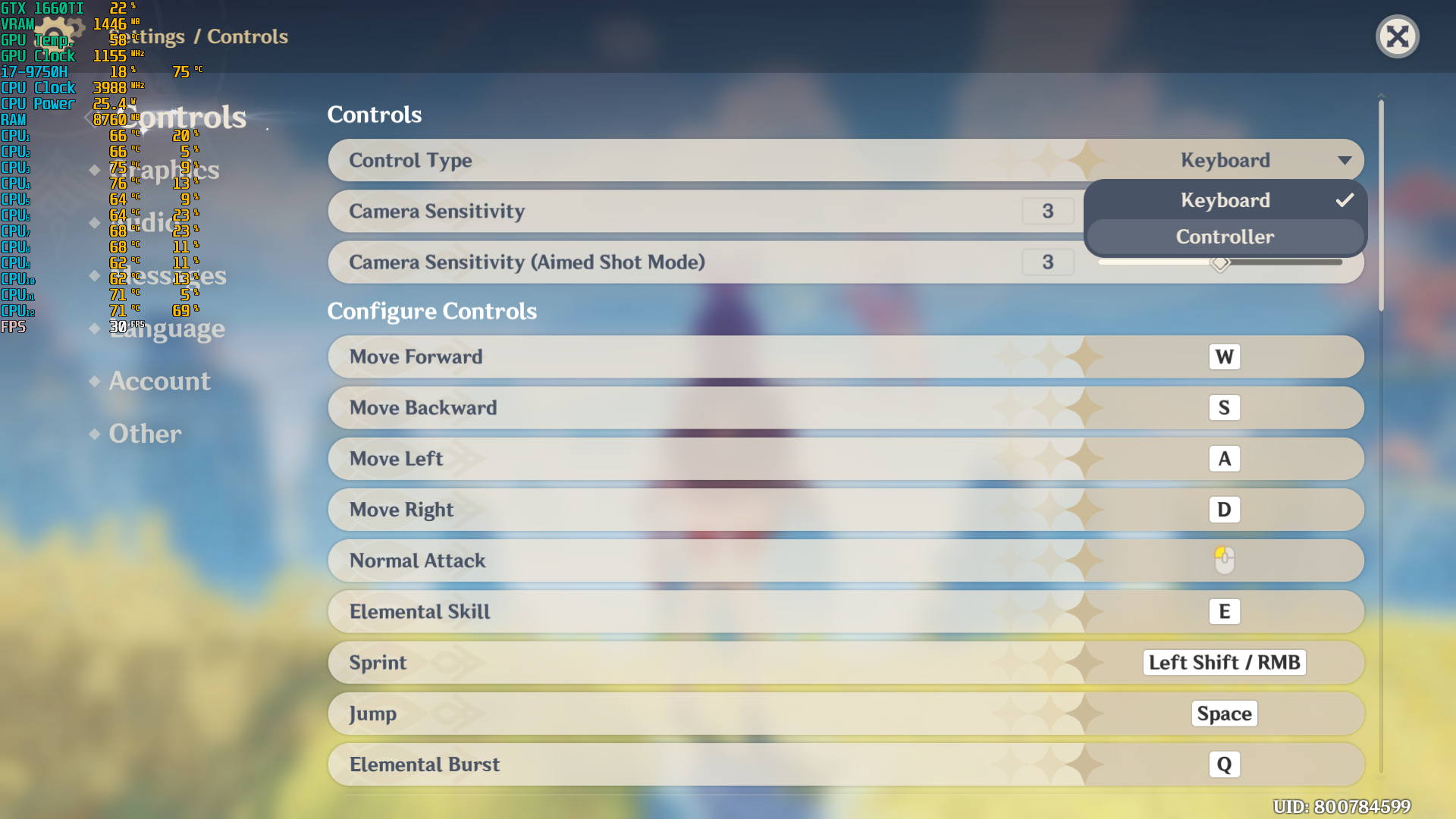 While the game is indeed pushing the envelope for what mobile games can handle, Genshin Impact is not without its flaws. For one, plugging a controller doesn’t trigger an auto detect. Honkai Impact 3’s PC version on the other hand, didn’t have this problem. It’s something that we would have expected the devs to carry over but sadly didn’t.

Here however, you have to manually press the Esc key and switch to the controller in the options. This can be troublesome if you’re in a dungeon because hitting the Esc key only brings out the “exit” option, potentially ruining an ongoing quest if you didn’t plug in and switch to your controller beforehand.

On top of this, the game does have some serious heating issues on devices. Until optimization patches are rolled out, it would be advisable to run this game at lower graphics settings to safeguard your device’s internals.

For these reasons, we’re giving Genshin Impact a 7.5 score.

To be fair, this is a great game with smooth mechanics and a beautiful open world. It would be nice for these above mentioned issues to be ironed out in the future, and by then we would give it a higher score.

The game can be downloaded for free at Google Play, the Apple App Store, the Playstation Store and the official miHoYo website. Check out more performance video reviews of Genshin Impact at our official Sakura Index page!