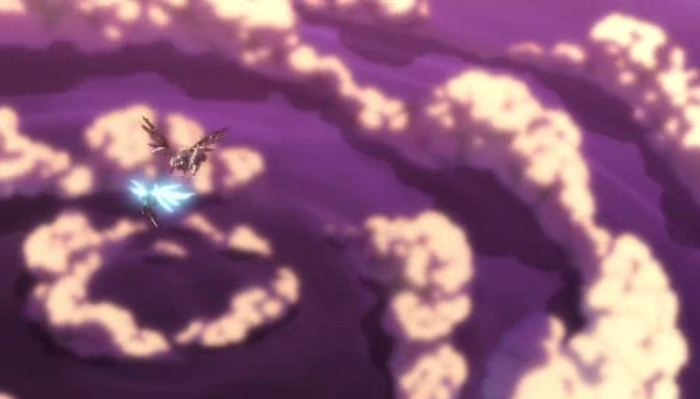 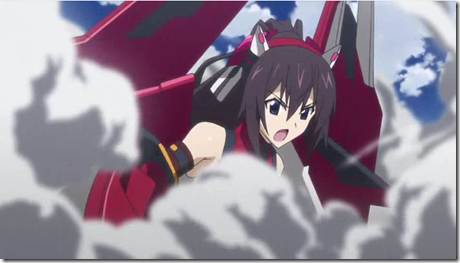 And we’ve come to this episode, where the action actually just picked up. About time– but at the last episode?

Taking into consideration that IS is actually an ongoing light novel, we could forgive it for being this slow in the story progression. Maybe it’s just me, and I haven’t seen or read the light novel yet to give proper justification. 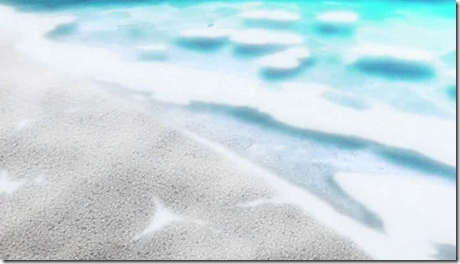 Yep, that slow to take the time even to have a scene like this in this episode. 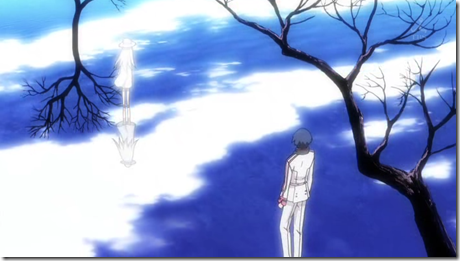 And who’s that chick? I have a dozen of theories running through my head now, but I’ll save that for later LOL.

Anyway, the action comes back to the episode 1 intro, and yes, it ends well. 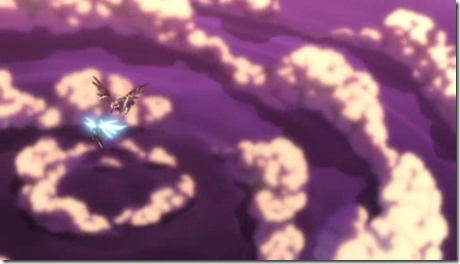 Where did the glowing wings come from?

And of course, we still get the romantic comedy-ecchi ending. 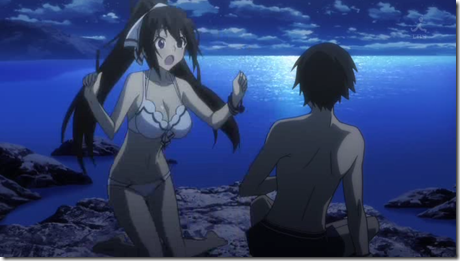 SO yep, the series ended light-heartedly and giddy as a first crush of a high-schooler, and with the action and more stuff being left unanswered and such. I wonder if this anime series is just a ploy by the publisher to introduce and acquire new fans of the IS franchise like Bakuman, but this remains to be seen. 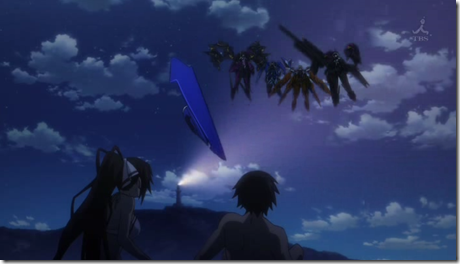 Not so fast there bucko!

If they do plan on a second season, I hope they really start getting on with the story. The anime’s universe, premise and setting are all interesting enough, so please add light to or focus on them in the future.