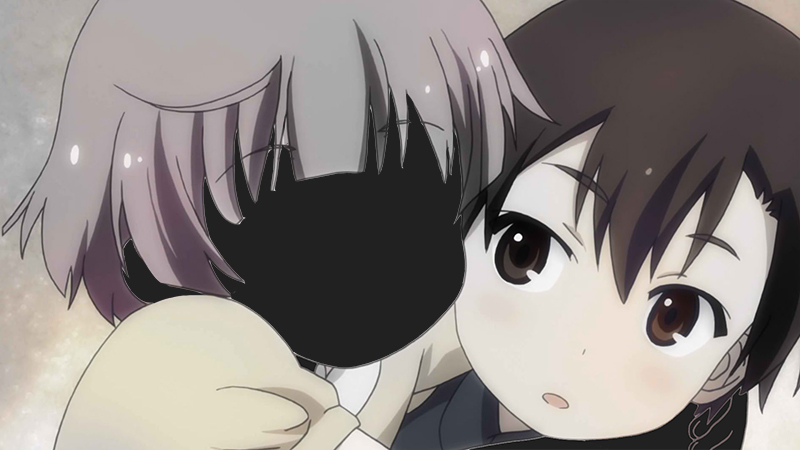 Be warned; lots of the article content contain spoilers!

In romantic-themed anime shows or movies, having a childhood friend figure for the main character is almost staple. They come in many personas, from the always supportive best friend, to the promised but forgotten friend from the distant past — lots of times, these characters end up losing in winning their beloved’s affection. Rarely do we find a girl who manages to grab the main character’s affections and get a happily ever after end. Here, we list down some of them– you may have forgotten a number of them, but they definitely have a charm of their own!

Mizusawa Mao (Kimikiss Pure Rouge) – childhood friends with the main character Sanada Kouichi and Aihara Kazuki. She went overseas for a couple of years and went back to Japan for high school studies, ending up living in Kouichi’s house. Although she initially had feelings for a different guy, Eiji and dated him for a while, she broke up with him after realizing she was in love with her childhood friend all along. Kouichi also started developing his feelings towards Mao, and the two of them became a couple at the end of the series.

Sakuraba Aoi (Ai Yori Aoshi) – was forced into an arranged marriage with the male protagonist, Hanabishi Kaoru. Kaoru left the Hanabishi clan, however, and because of this, the marriage was canceled; but Aoi, having fallen deeply for Kaoru, chases after him. As both of them were freed from their family affairs, they were given the option of living together in a summer house owned by the Sakurabas. Kaoru’s personal issues with his family were confronted later on, as well as accepting Aoi’s feelings and agreeing to the marriage arrangement once proposed to them. 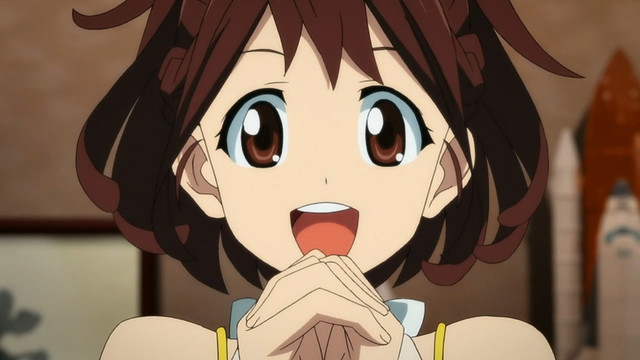 Senomiya Akiho (Robotics;Notes) – the main heroine of the series, along with Yashio Kaito. Both of them were victims of the Anemone Incident and have unique individual conditions because of it. As her sister left for Tokyo in a not-so-friendly manner, Kaito has always looked out for Akiho in her place. Despite helping other female characters like Frau Koujiro, Daitoku Junna, and even Senomiya Misaki, he still took care of Akiho, especially during her suffering moments. At the show’s last episode, Kaito and Akiho had kissed before the final battle. 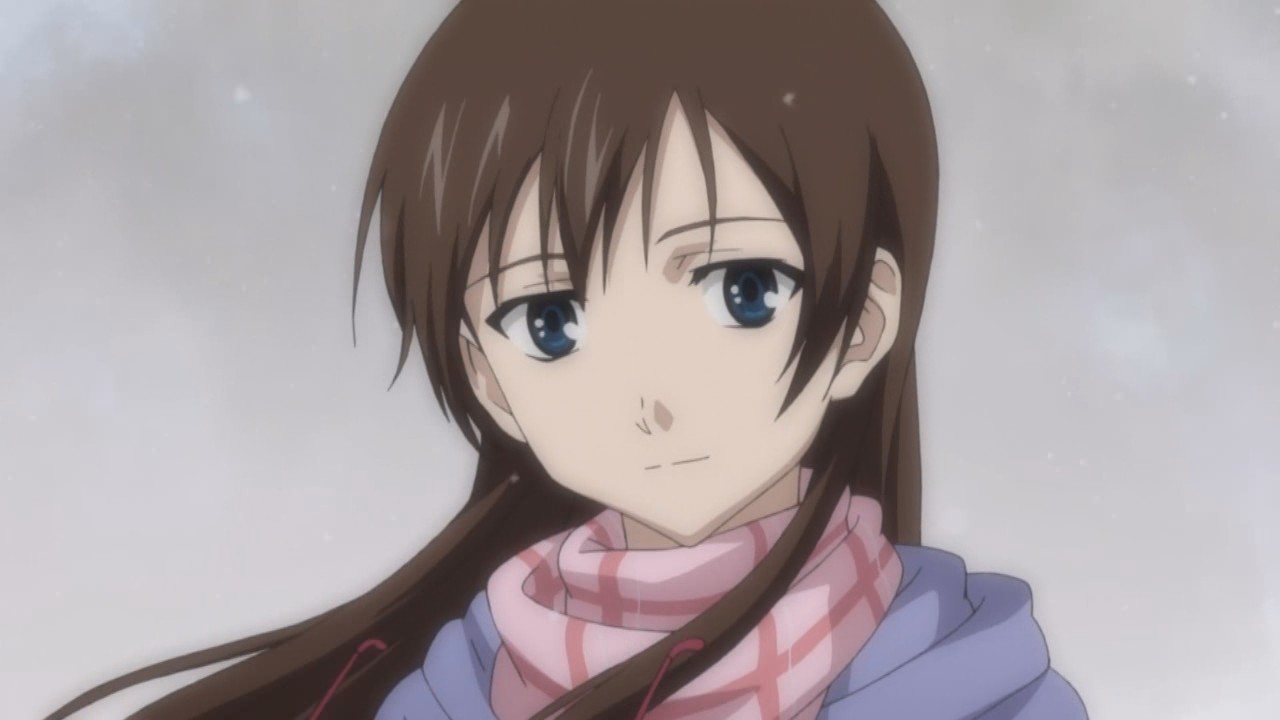 Yuasa Hiromi (True Tears) – Hiromi has lived with Nakagami Shin’ichiro ever since her father died. Back then, she has shut herself from Shin’ichiro and have acted indifferently towards him, completely opposite of how she was before she moved in. It was then suggested that she was acting this way because her mother told her prior to the story that Shin’ichiro was her brother. It was proven false later on, and despite Shin’ichiro dating a different girl for a short time, he confirmed his feelings and started a relationship with Hiromi. 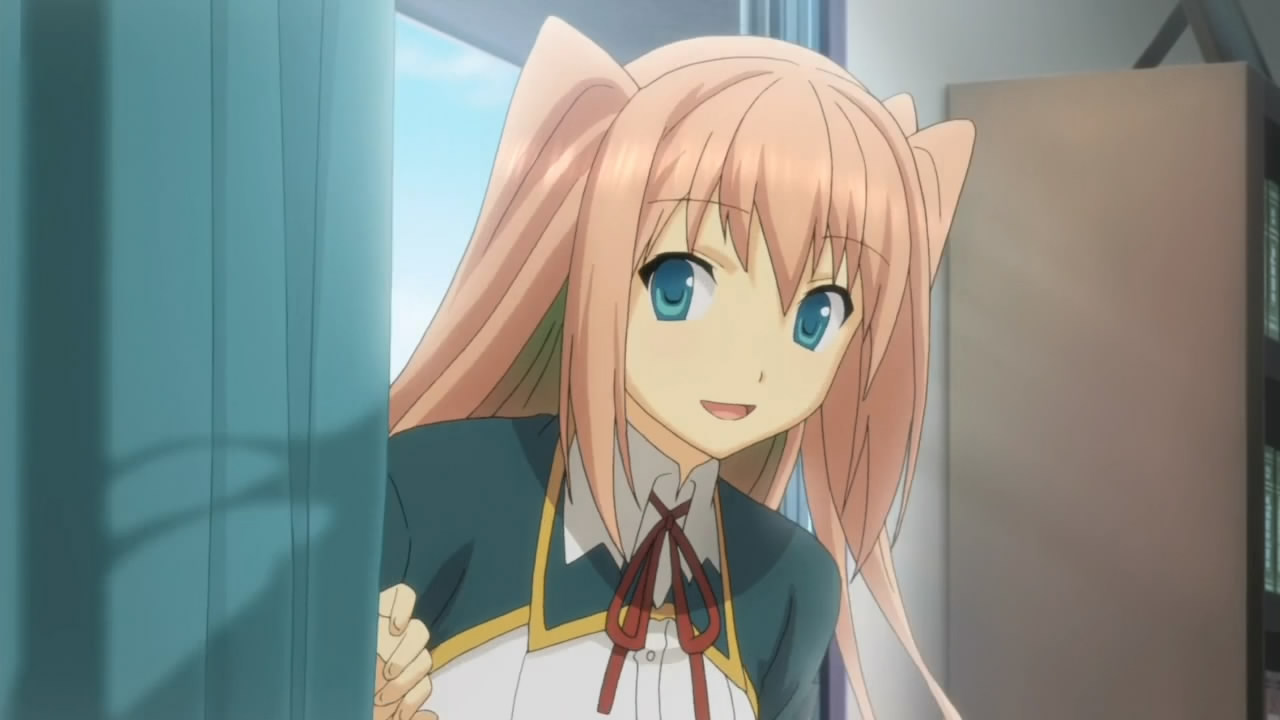 Sumiyoshi Chisato (Koi to Senkyo to Chocolate) – one of the available heroines in the visual novel version; she also ends up holding the MC’s affection in the anime adaptation. She and the protagonist, Oojima Yuuki had been together for many years, and held a strong bond due to an accident in the past involving Chisato’s brother. At the end of the anime, Yuuki manages to confront Chisato of her personal struggles and were able to express their love towards each other. 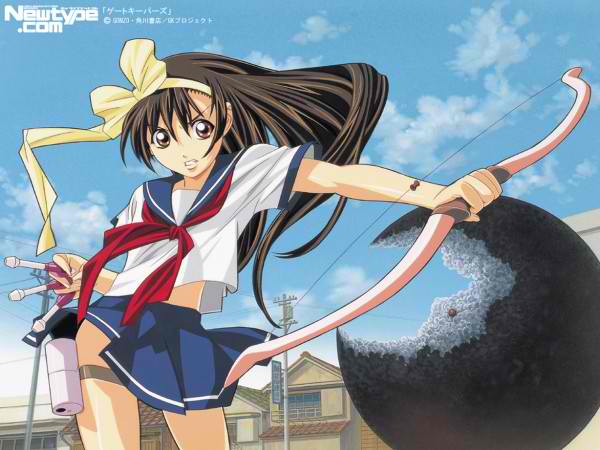 Ikusawa Ruriko (Gate Keepers) – even if she was often teased by the main character, Ukiya Shun, for being a sniveler since childhood, Ruri had been harboring secret feelings to him. When her hatred turned her gate to the Gate of Genocide, having her love reciprocated by Shun turned her back to normal. Also, in the OVA Gate Keepers 21, it was pointed out that the main character was the daughter of Ruriko and Shun.

Narusegawa Naru (Love Hina) – used to show her hatred to Urashima Keitaro at the beginning and has frequent tendencies to hit him violently when in close contact to other women, not knowing she’s starting to develop feelings for him. She confessed to Keitaro before he left to study overseas. When he returned to Japan, they started expressing their love for each other, and upon learning Naru is the “promised girl,” they finally got married four years after.

There could have been other possible childhood character pairings that could have been added, but as some of them don’t have any conclusive endings yet (Infinite Stratos, OreShura and upcoming Nisekoi, along with many others included), they were not added to the list.

Discussing childhood friend characters only make us wonder; why do most of them end up not winning the protagonist’s heart at the end of the story? Generally speaking, some of them had been with them for many years, and with this overly-familiar relationship, protagonists do not see them anything more than a friend. Of course, the fact that each story has their individual circumstance behind it should also be considered (moving out, losing memories, etc).