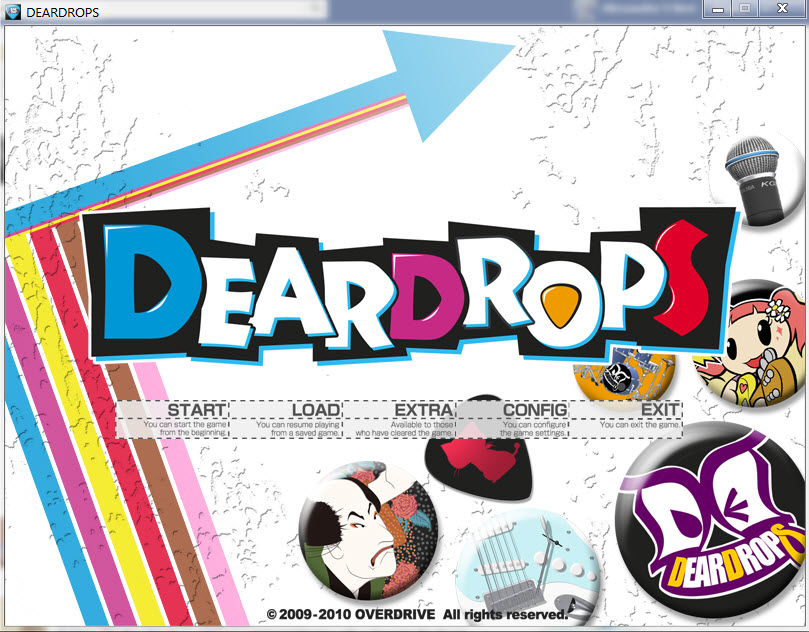 So I’ve been planning to play a new set of VN’s beginning this term, and so far the list is looking good. I’m thinking of getting back at the backlogs of the games that I have on my PC, and probably start from there.

Certainly, after Overdrive’s band-themed game Kira★Kira, you would see this coming. And hell yes it did, since the tune that I’m hearing at the title screen immediately catches your interest.

…which is also the theme for the game’s OP. Makes you want to try and be in a band, no? Just don’t think you can play castanets then you’re good (lol).

The opening scenes in the game is pretty much the standard fanfare, with the intro being with the osananajimi beside you and humming. It starts quite slowly, but the narrative (in this case, the game’s translation along with it) quickly picks up with you getting acquainted with the town you’re in. And since the character just moved in after being away for almost 10 years, the progression of you learning everything is quite smooth.

ART: I.LOVE.RIHO. Her design exudes that sexiness in her, with her tsundere features accented around the edges. You could feel that she isn’t a tsundere just for the sake of having one in the group, but as a character who is alive with a dream and vision. I’m really interested in what her route would bring.

The game looks really promising, and I’ll be back soon for a more detailed review of this game.

And on a side note, props to Mangagamer for bringing us a decent translation of the game. This is a far cry from what I’ve seen in Edelweiss. A review about that soon, after I’ve gotten over this one.