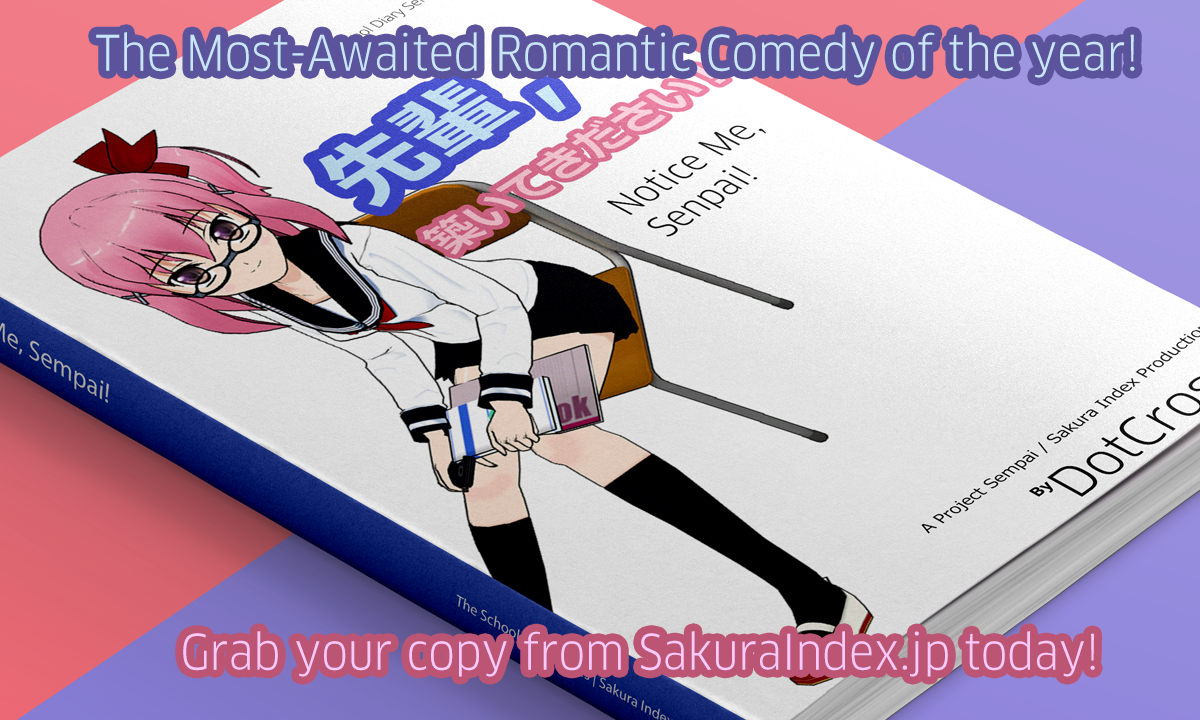 Leveraging from past relationships with publishers and creative writers, we made an initial proposal to create a story centering around the peculiar relationships between a Sempai and his Kouhai, to which triggers an avalanche of mini-stories between them and their friends.

Notice Me, Senpai! revolves around junior Aozora Tsukiko, who is totally aloof with her classmates since freshman year– because of her idea that she can be a novelist by observing others from the third person. One day, while trying to join a novel writing contest via the internet, she gets frustrated and tries to voice out her characters when Sai Kazenori, a senior in her school enters the room. Mistook for being a nutcase, she tries to convince him otherwise. There begins a colorful chapter in their high school life!

Seeing that the idea might actually sell, Dengeki Bunko, one of Japan’s premier Light Novel publisher, took DotCrosse’ story under one of their editors. After almost six (6) months of editing, we’re finally here…

Grab a Copy by Clicking the Download Button now! Only until supplies last!