We have seen Microsoft’s anime-inspired mascot characters like Madobe Nanami for Windows 7  and Madobe Yuu and Ai for Windows 8; both OS versions have their official themes available across Japan and some websites over the Internet. Recently, Microsoft Singapore has introduced a new anime character, personifying Internet Explorer through Aizawa Inori.

The promotional video, titled Internet Explorer: The Anime feat. Inori Aizawa was seen for the first time at Anime Festival Asia in Singapore just yesterday, and it received mixed reactions from the audience from different websites. Some were eager to give Internet Explorer a chance to redeem itself, yet others still not convinced to switch, due IE being known to be prone to numerous crash reports and incompatibility issues for the past iterations.

Visiting the website on other Internet browsers will redirect users to its official Facebook page. As of writing it has released its teaser video, as well as cosplay photos and illustrations. 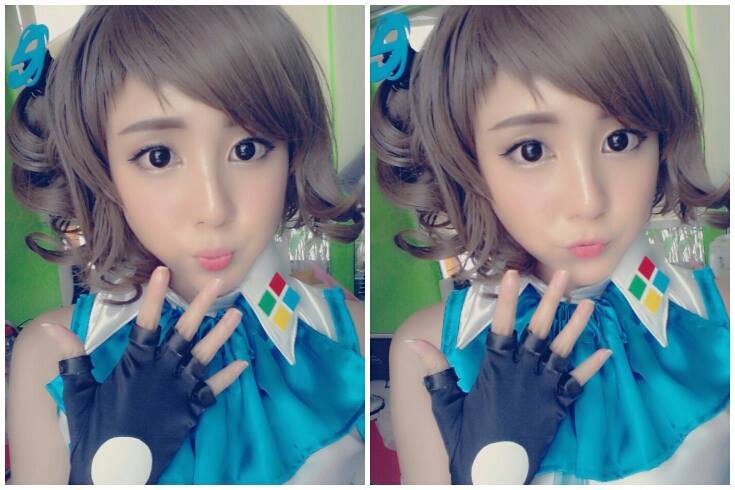 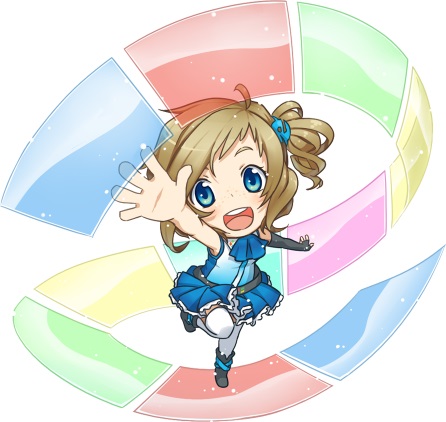 Official download links are not yet available, but if you wish to experience this new version, you can visit http://www.internetexplorertan.com/home on Internet Explorer (works at versions 9 and above), or even set it as your homepage. For those who can’t (or not willing to) use the latest IE browser versions, here are some screenshots for your convenience: 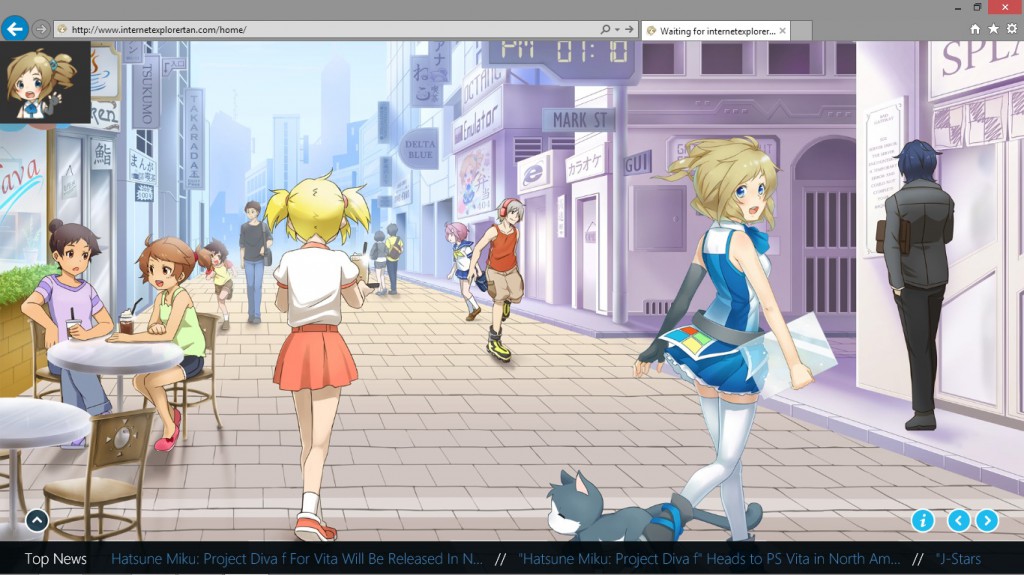 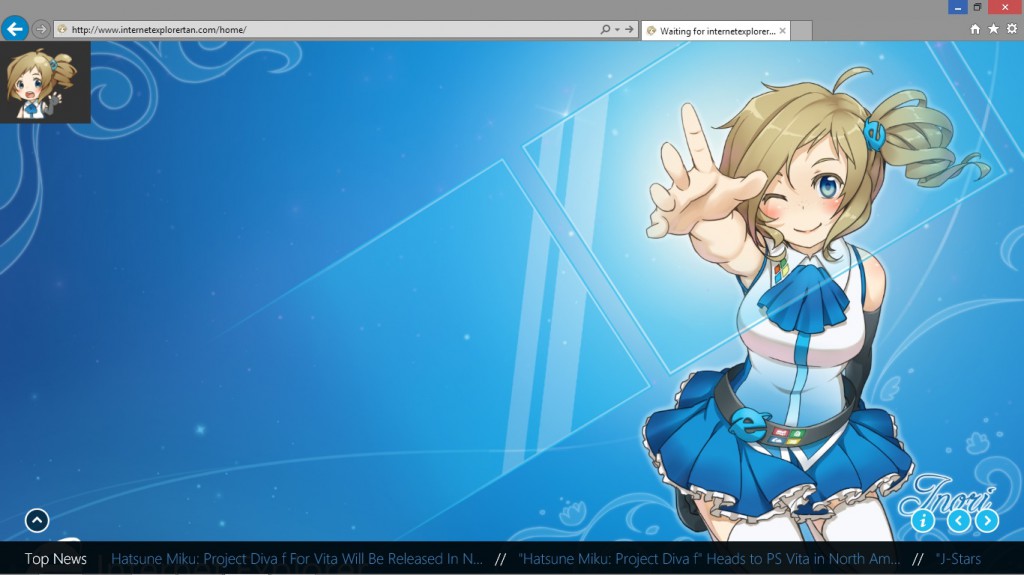 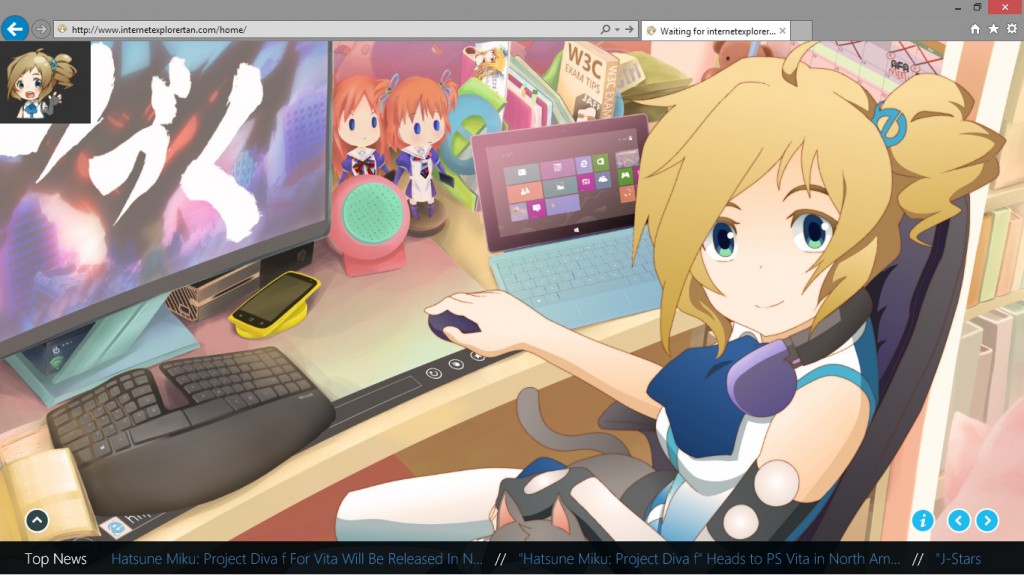 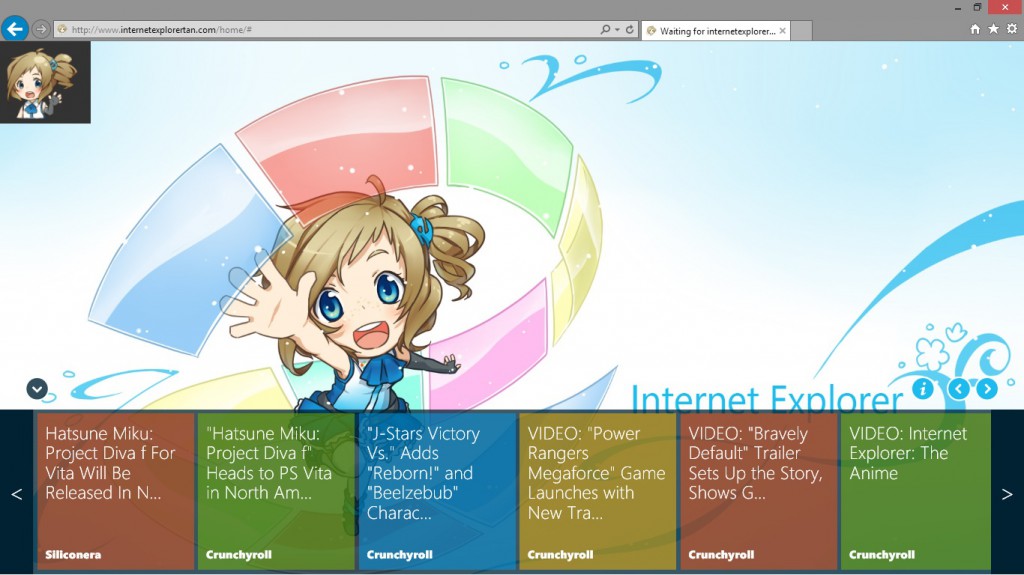 You’ll notice at the fourth screenshot that some news articles from anime and Japan culture websites like Crunchyroll, Siliconera and Kotaku are displayed on its news feed. If you click on the chibi Inori button at the upper left, it will show you a few links about her character, as well as her recommended sites, mostly anime-related, of course.

The Story Behind Aizawa Inori The next question you’ll probably asking is this: How did Aizawa Inori come to existence? The answer lies behind a creative anime and doujin studio named Collateral Damage Studios (CDS). The inspiration came from a fan illustration featured by Danny Choo, which has personifications of different Internet browsers, with the exception of Internet Explorer. The fact that Microsoft has already released anime-styled OS mascots sparked the idea of making an illustration for IE. The themes that revolved Aizawa Inori were redemption, transformation and prayer (as the writer have said, she definitely needs one right now). You can read more about the story from CDS’ official blog site.

What Internet browser are you using? Will the appearance of this new Microsoft mascot convince you to switch to Internet Explorer? Let us know in the comments!