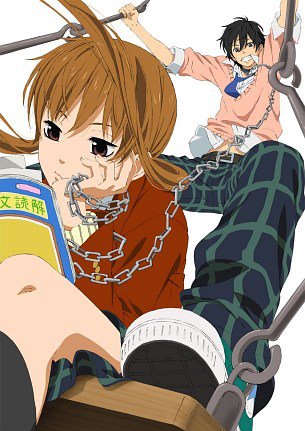 To be honest,  I’m was  more focused on playing online games (specifically League of Legends)  than watching anime.  And I only pick up series which are recommended by friends. Titles that I’ve finished recently was Puella Magi Madoka Magica, High School of the Dead and Fate/Zero (Yes I’m a late bloomer LOL). I’m currently watching Sword Art Online since I’m a gamer at heart and I can relate to the series. Anyway, I decided to watch 3 Anime titles that caught my attention this season. Here are my impressions about Tonari no Kaibutsu-kun,  Psycho-Pass and K.

I really can’t remember the last time I’ve watched a shoujo anime.  Tonari no Kaibutsu-kun focuses on Mizutani Shizuku (a cold hearted girl) and Yoshida Haru’s  (a troublemaker) relationship. I’ve always liked romantic comedies that’s why I picked this up (Besides being recommended by a friend). Anyway, I haven’t read the manga so I really can’t compare both.  Story is character driven which I find good. Comedy and romance mixes well in this series. Personally,  this anime has it’s charm even if it’s still in it’s early stage ( 3 episodes as of  Oct 16).  I’m hooked and I can’t wait to know the development of Shizuku and Haru’s relationship.

If you’re fond of shows with similar genres, I recommend watching it.

One of the reasons why I picked up this anime up is because of  Urobuchi, Gen (Well-known for his dark style and tragic plot twists and for  Puella Magi Madoka Magica and Fate/Zero).  This anime takes place in the near future where it’s possible to instantly measure a person’s state of mind and personality.  Story is dark and dead serious from what I can tell after watching the first episode which I find pretty cool. Gore was also expected as well to compliment it’s genre. There’s still a lot of things to expect from the show since we only have the first episode up.

If you like Police drama with the combination of Sci-fi and Action, then you should definitely check Psycho-Pass out.

This series is focuses on Isana, Yashiro, a young boy who is caught between the war of “Kings” set in a modern world. There are a lot of characters and the Genre is a mix of a supernatural and action. It has it’s own lighthearted scenes as well. Animation quality is good with a mix of 3D. The only problem I felt towards this series is that, I still need to get a grasp of the flow the story. And there are moments I find myself dumbfounded while I was watching the first 2 episodes. I didn’t read the manga so I can’t make full comparison. Some even claim there are a lot of incoherence. Regardless of this, I find the anime entertaining and hopefully we get more of it in the coming episodes.

Check K out and tell us what you think.

Well that’s it for me. I hope you guys find my impressions interesting. Until next time! 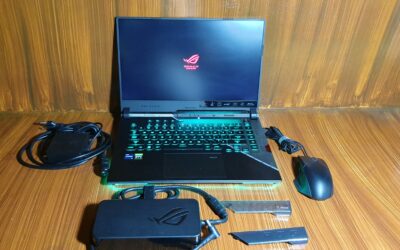