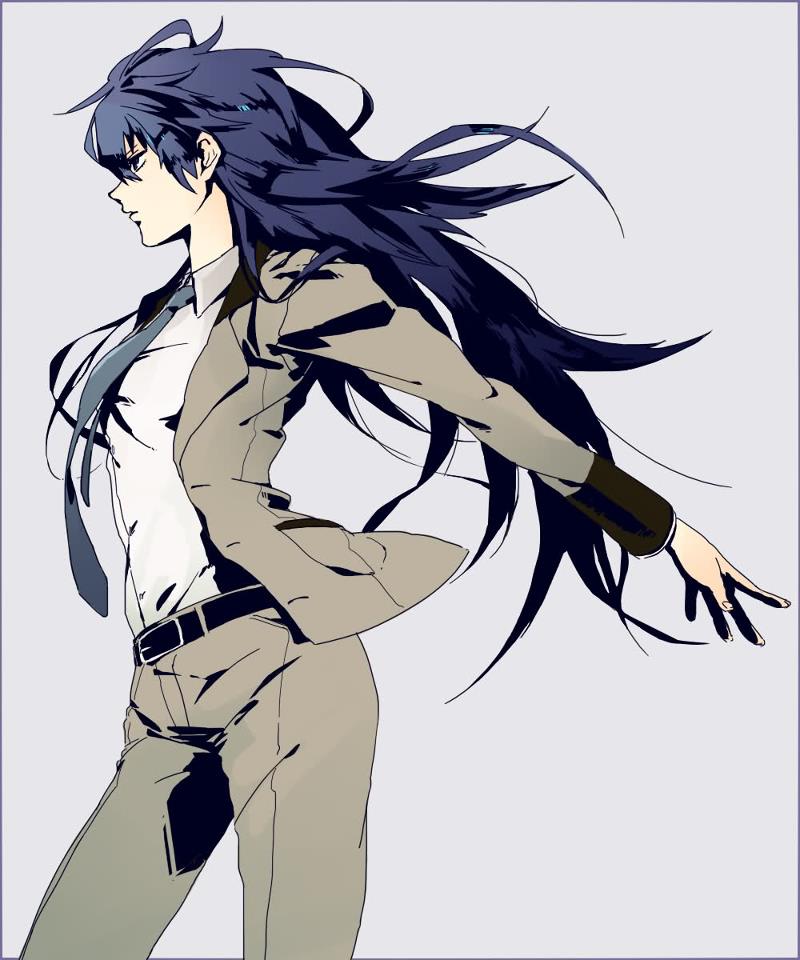 Looking around Dengeki’s announcement on Persona x Detective NAOTO you can’t help but try to find more artwork to help you visualize what Naoto would look like in this novel– and the cover art isn’t helping either:

But you’ll be thankful enough Shuji Sogabe is the artist for the novel (the artist for both Persona 3 and 4 mangas), so you can definitely expect a consistent visual experience as with the rest of the series.

Kuudere? Kuudere YES. And also, holy crap, doesn’t she look like Makise Kurisu in this shot?

You’d be damned well surprised that there are people ranting in the intarwebs about her new look, especially now that she looks so damn feminine. Like, come on! It’s like complaining about how a girl turned into a woman! 😮

One point that’s being contested by fans is that the character of Naoto herself isn’t consistent with what she projects in the original game. I don’t know exactly how this plays out, but apparently there are a lot of fans who love her for her boyish look.

Did someone just order a “Hot Detective”?

But, regardless of what critics say, I would definitely pick this one up when I get the chance to. Doesn’t her transformation pique your interest? And of course, with her as the main character, doesn’t her mysterious aura and hot looks grab you, like, by the balls?

This novel was released in Japan around July 10 (which, hey, was two months ago!). We only heard about it recently when I came across fanart and scans of the novel. And I’m thankful that my curiosity paid out.

And now to the question we’ve been all waiting for: Is there a Fan Translation of this Novel? I ran a check with both Google Search and Baka-Tsuki but, unfortunately, there isn’t one ongoing. However you can write up a petition or a suggestion thread in the Baka-Tsuki Forums, but be sure to follow the forum guidelines here and the Project petition Guidelines here.

Anyway, we’ll be following closely on news about this LN. Hopefully a project kicks off, or Atlus decides to localize it.