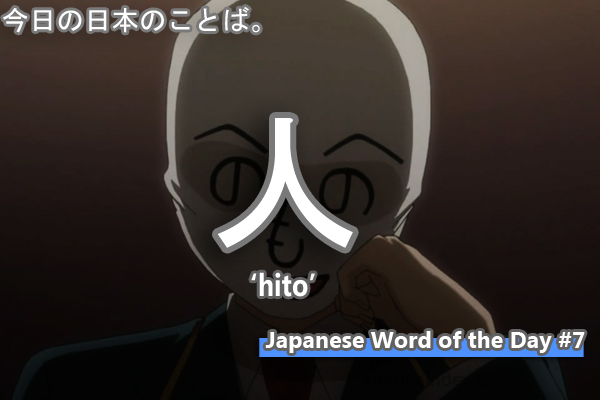 When talking about an unnamed person, or a person in general, this word is used. The kanji can look very simple to write and read, but it can be a lot more complicated. 人can be read in many ways, and it looks very similar to another kanji, which is 入 (to enter, insert, anything that refers to entry).

Extra: Not sure if this info is true, but it would be really nice if it is.

私の家族は五人です。
Watashi no kazoku wa gonin desu.
There are five people in my family.

この中に一人妹がいる！
Kono naka ni hitori imouto ga iru!
One of them is my younger sister!