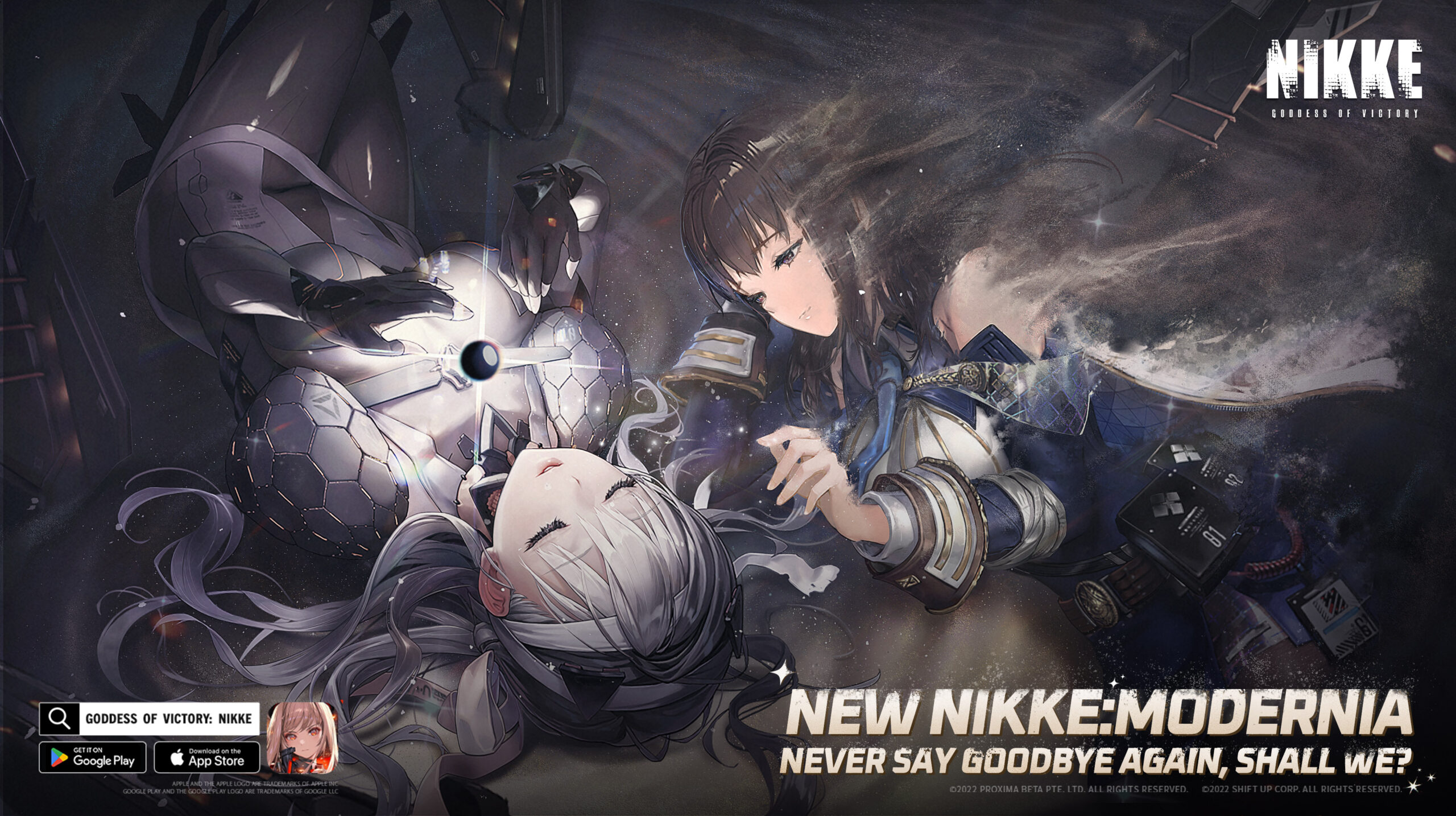 “Never say goodbye again, shall we?”

The NIKKE roster is about to to get a boost in firepower with the arrival of Modernia. Modernia is a new attacker SSR NIKKE equipped with a machine gun and with an intriguing story that connects her with Marian. Players can play through Modernia’s story in the latest update and find out more about the newest PilGrim NIKKE.

New costumes for the New Year!

In addition to the Modernia, new character costumes are also coming to GODDESS OF VICTORY: NIKKE in the latest update:

GODDESS OF VICTORY: NIKKE takes players on an immersive story-driven adventure filled with beautifully rendered playable characters and a mysterious world to explore. Utilizing advanced animated illustration, the game delivers smooth character movements and realistic character performance that brings a dynamic combat experience. Every character also possesses a special weapon and skill set which will uniquely shape the way the game is played. It’s up to the player to build the ultimate team, develop their characters and complete each mission to conquer the invaders and save the human race.

Developed by SHIFT UP (creator of Stellar Blade coming to PlayStation 5) and published by Level Infinite, the game is available globally for iOS and Android mobile devices.

To learn more about GODDESS OF VICTORY: NIKKE, go to: http://nikke-en.com. You can also get updated by following the game on social media at:

Download the game on the iOS App Store and Google Play.

Level Infinite is a global gaming brand dedicated to delivering high-quality and engaging interactive entertainment experiences to a worldwide audience, wherever and however they choose to play.  It operates from bases in Amsterdam and Singapore with staff around the world. To learn more about Level Infinite, visit www.levelinfinite.com, and follow on Twitter, Facebook, Instagram and YouTube