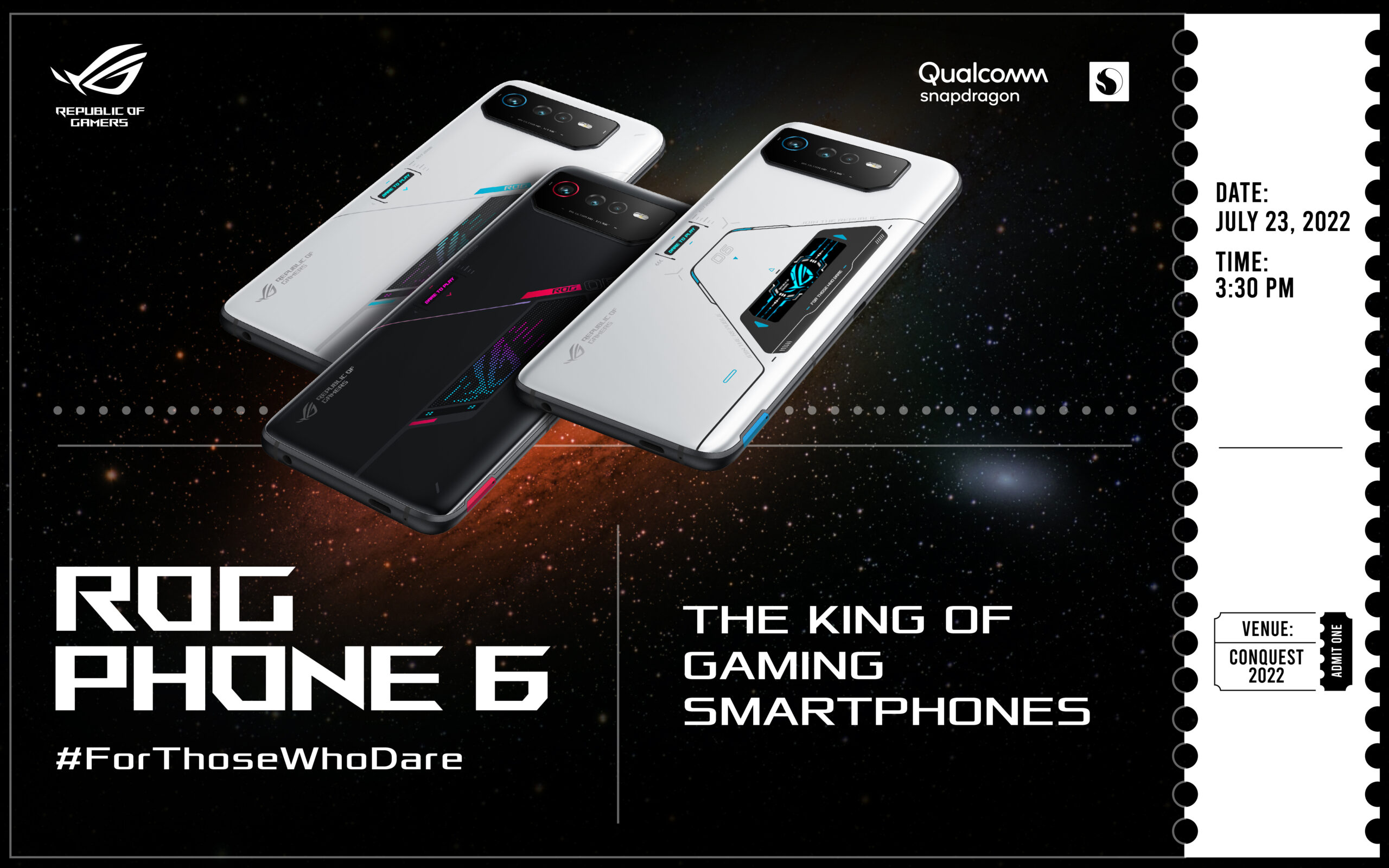 The Gaming Smartphone for Supreme Performance

The most powerful ROG Phone ever made is powered by the latest flagship Snapdragon® 8+ Gen 1 Mobile Platform with up to 3.2 GHz CPU clock speeds, up to 18 GB of LPDDR5 RAM, and up to 512 GB of storage. It also features the novel 360° CPU cooling technology with its now upgraded GameCool 6 to unleash maximum sustained performance. A monster 6000 mAh battery capacity provides extended battery life for long game sessions. Exclusive ROG tuning technology used to deliver superior visuals with its 6.78-inch Samsung AMOLED HDR10+ display. Achieve an amazing 165 Hz refresh rate, an industry-leading 720 Hz touch-sampling rate and a world-beating 23 ms ultra-low touch latency. This new series comes with an array of exclusive ROG Phone 6 accessories, including the new AeroActive Cooler 6.

Join the Republic in all the Festivities

As the ROG Phone 6 makes its way to the grand stage, fans can experience the best gaming smartphone for themselves in the ASUS Republic of Gamers Booth at the CONQuest Festival event. Fans can also expect to see ROG Heroes Kiyo and Ann Mateo, as well as esports shoutcasters Manjean Faldas and Leo Gaming for an exclusive meet-and-greet on July 23, 5:00 PM onwards.

To get live updates on the ROG Phone 6 and its local availability, RSVP to the official event local launch page and make sure to follow ASUS Republic of Gamers on Facebook, Instagram and Twitter.