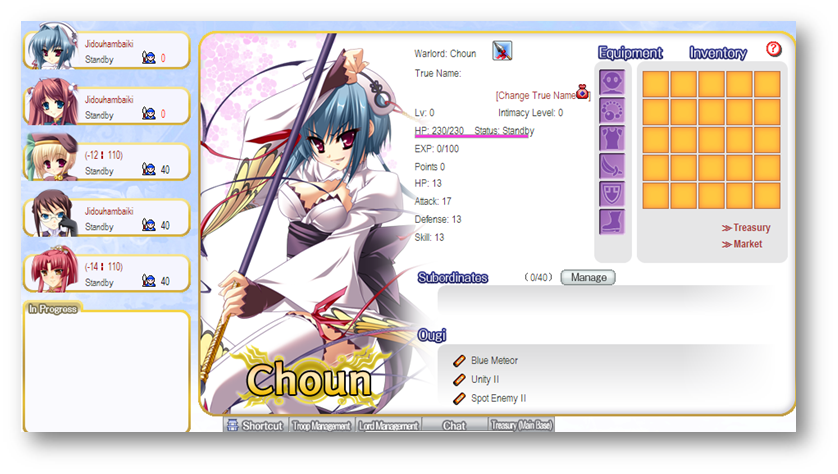 I’ve been mostly stuck around the office for some time now, and my low-powered PC won’t allow me to play with anything graphics-intensive. So I resorted to look for web-based games. I tried Battestations, which looked pretty awesome—but yep, my browser crashed all too much (yes, it is THAT low-end). And so I had to resort to something even lower.

Found this little gem off Facebook when I saw an ad. Yep, I fell for that bishoujo pic. Lol.

Anyway, it took some time for me to get my head around it—luckily I played a web strategy game before, so it was easy to grasp or have an idea what to do.

And so, here’s a quick summary of the stuff that I found out..

Needs to improve on: 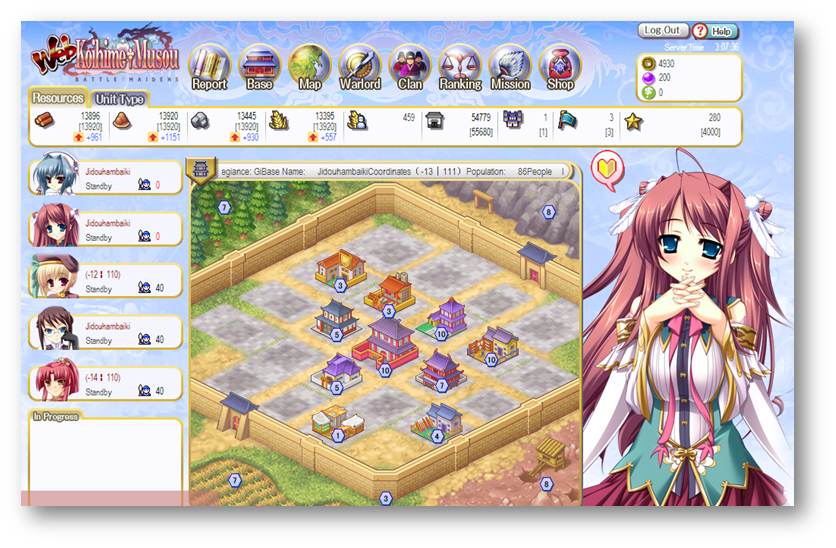 Funny thing is, I started playing Koihime Musou PC version, and I got hooked and addicted to it before I came across this one.

The art and the stats/ougi’s are pretty close to their VN counterparts, so if you were an old player of the game you’d easily blend in. 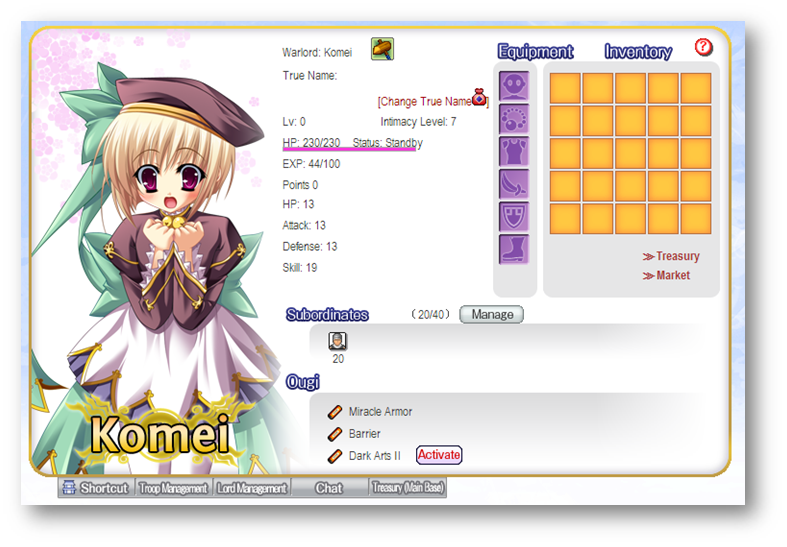 There are various stats that can be displayed in every warlord’s status screen. Equipped weapons, HP, EXP, battle stats, troops assigned, and Ougi.

And of course, as you may notice, there’s a stat called Intimacy Level. You can raise them by leveling up, giving her items and by training. And since Komei is my favorite, I increased her level first. Looking forward to what will happen once I’ve raised the Intimacy Level… 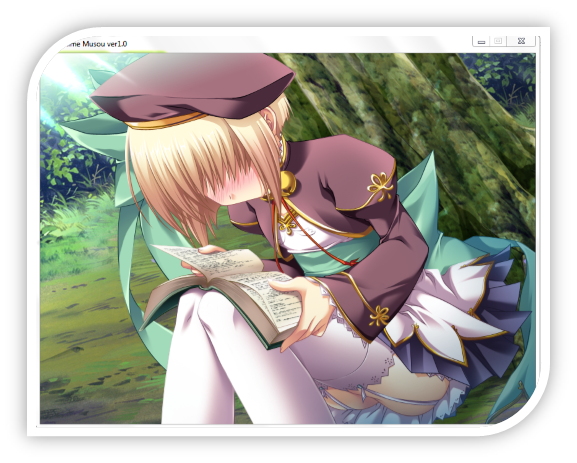 Anyway, once you attain that Intimacy Level 10, you’ll be able to assign her a true name. And by doing it will give you bonuses. I don’t know what these bonuses are as of now, but hey, it’ll be worth a shot. 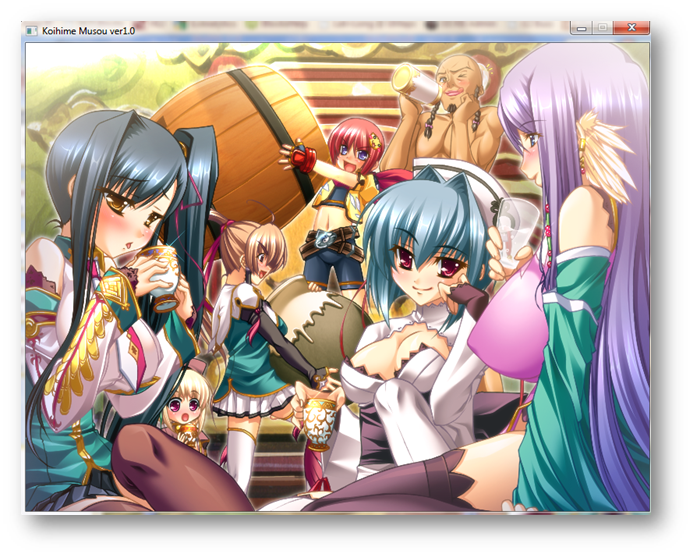 And with that, it’s time to party! 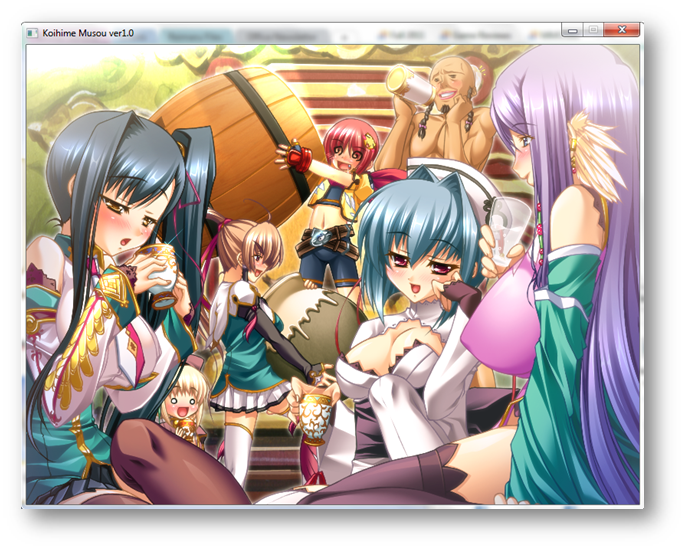 The game itself looks promising, and I got hooked for a few days—since I felt the urgency to gain a proper army and base defense early on. Trying to explore on the options and in the shop is a good option, since you’ll be able to find really helpful stuff in there (especially since you’re given free ‘Gems’ during quests). However the gameplay itself lost me, and forced me to wait more per action, prompting me to do “Alt+Tab” a lot and lose focus (which is good, from a productivity standpoint, bad for a retention standpoint). Character art is smooth, and definitely will feed your love of Koihime. Gameplay is simple and straightforward, but needs to be clearer as to how to really win in a battle. And lastly, the game itself isn’t heavy on graphics, which is a good thing for low-end PCs and for devices that won’t run flash. It is a must-try, but tread carefully and don’t put your expectations too high.