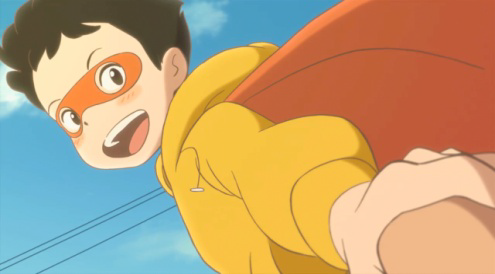 The YKK Group produces YKK® brand fastening products and YKK AP® brand architectural products,and it currently operates in 71 countries/regions of the world including North, Central and South America, as well as Europe, the Middle East, Africa,China, Asia and Japan

Since our establishment eighty years ago, we have been providing the world with quality products that fasten things together

Our line of fastening products ranges from sliders, fiber and plastic products,to snaps and buttons.

YKK carries out thorough quality control under a fully integrated manufacturing system in order to deliver our products to the world.

The short animation,“FASTENING DAYS,” was created around the theme “fastening”in order to convey YKK’s brand message, “Little Parts. Big Difference” to the world.

The main characters,Yoji and Kei,who help others with their handmade hi-tech machines,represent the message that small parts like zippers can “bring together” or “connect” things and be used to bridge differences and lead to a future full of possibilities

The song, “Hurly Burly,” released by Japanese pop group, Perfume, who made their US debut in September2014, is the theme song of animation.

When making this short animated film, YKK gathered together internationally known talent, including Hiroyasu Ishida from Studio Colorido, as the animation director

Ishida was awarded the Prize of Excellence in the Animation Category at the 14th Japan Media Arts Festival and a special mention at the Ottawa International Animation Festival for “Fumiko’s Confession,” which he released as a student in 2009

It is available in Japanese, English, Spanish, French, and Chinese