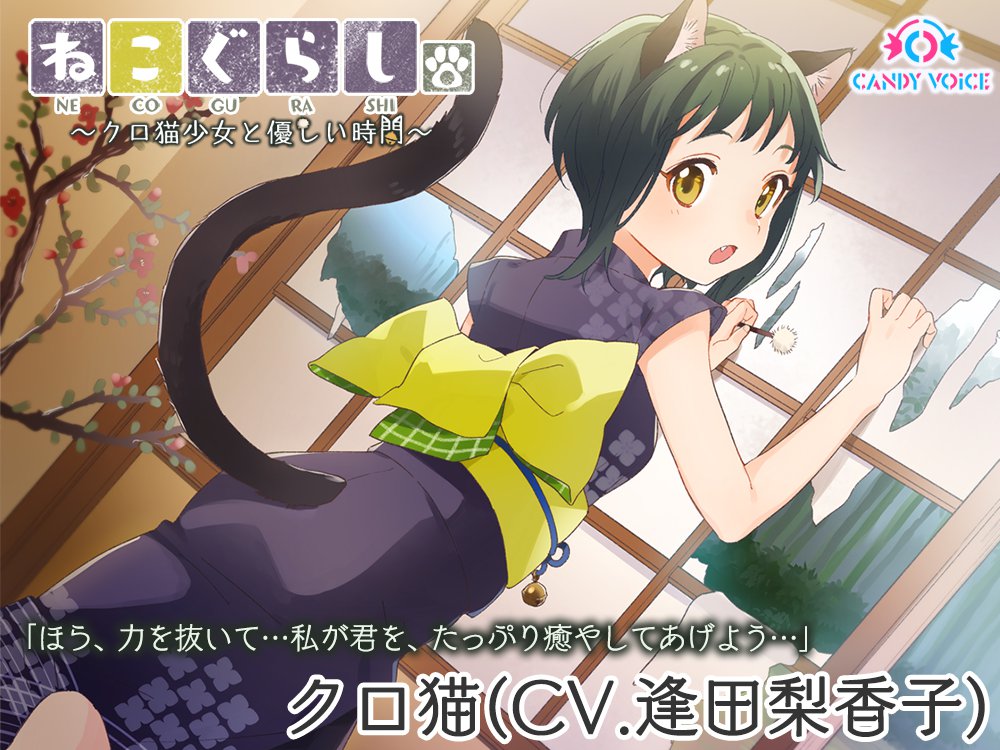 ASMR audio series NECOGURASHI’s third episode A Peaceful Time with the Black Cat Girl will be available on DLsite.com from midnight on June 29, 2020 (Monday).

The titular heroine Black Cat will be voiced by Rikako Aida. She’s a popular voice actress known for playing the role of Riko Sakurauchi in Love Live! Sunshine!!

ASMR (autonomous sensory meridian response) is a relaxing, often sedative sensation. It begins from the scalp and moves down the body. It is most commonly triggered by auditory or visual stimuli. Recently, this phenomenon has been gaining popularity, and many ASMR-related sounds and videos have been posted to social media platforms such as YouTube and Instagram.

A quiet cat who speaks casually, like a close friend. She’s fond of jokes and funny stories. Her Tomboyish speech and casual demeanor mean that she doesn’t come across as overly feminine, but her facial expressions and body language can be curiously coquettish.

Given her easy going nature, it can be difficult to tell what she’s really thinking, but she’s kind-hearted and values her friends. She’s the type of cat girl who can chat easily with any of her classmates, which sometimes leads to misunderstandings!