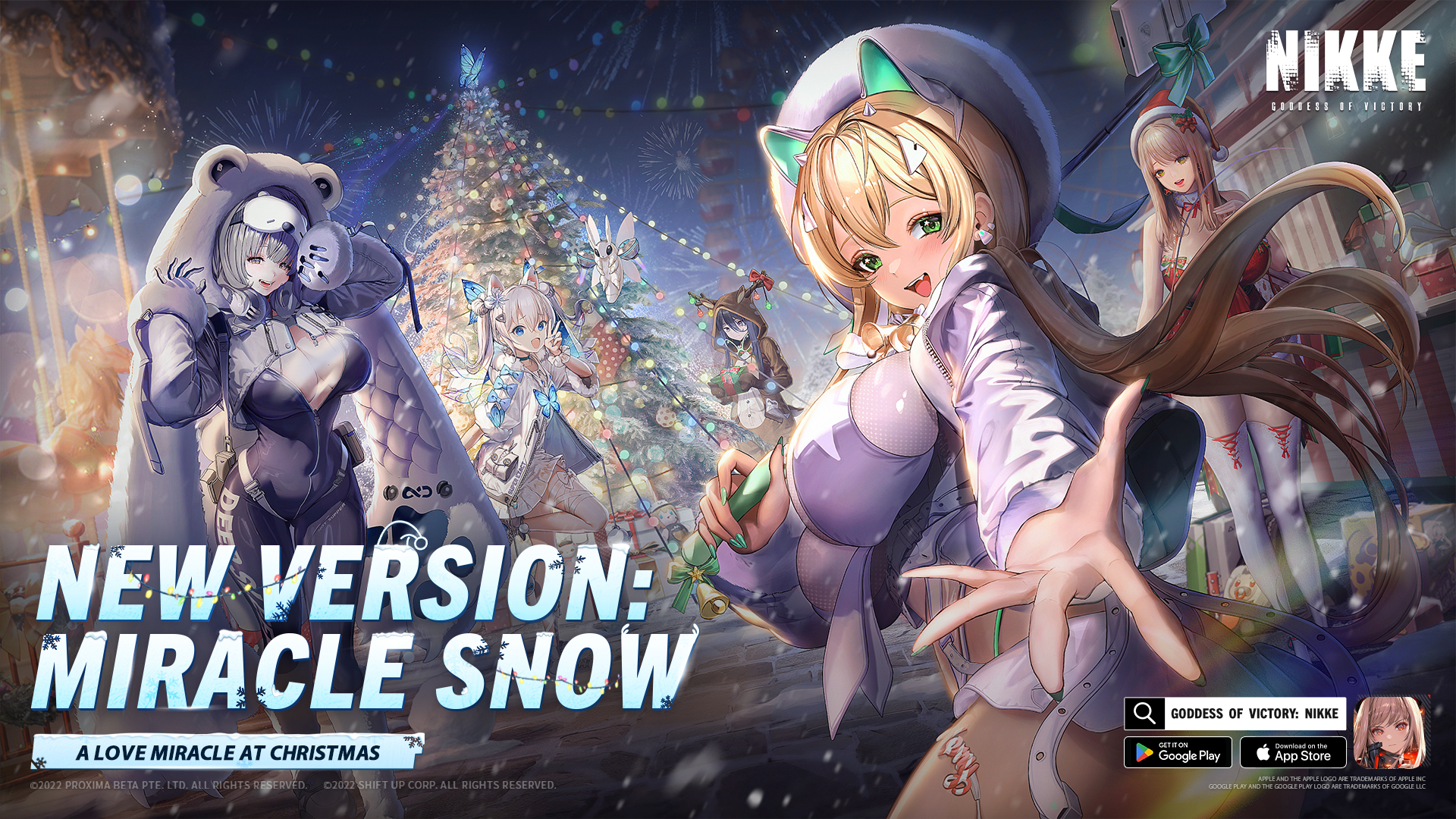 Metro Manila, December 8, 2022 – Goddess of Victory: Nikke, the newest and rising action mobile game from Level Infinite, is about to up the ante of holiday festivities with the launch of the Winter Update event. Titled “Miracle Snow”, the event introduces 3 new characters, 5 new costumes, PvP gameplay, and time-limited events that players can enjoy in exchange for rewards.

Enjoy the holiday festivities with new characters, costumes, and game mode in NIKKE starting this December 8, 2022.

GODDESS OF VICTORY: NIKKE’s character roster welcomes not just one but three new playable Nikkes – Rupee, Anne, and Neve. These new Nikkes not only come in different roles but also comes with new weapons and abilities bringing a wholly unique flavor to any lineup.

Rupee: Winter Shopper, Anne: Miracle Fairy, and Neve will only be available during the limited-time banners, Limited-Time Recruit, and the Grand Winter event banner duration. They will not be available for recruitment after the end of the event.

New costumes for five GODDESS OF VICTORY: NIKKE characters will also be present in this version.

The Emma – Color me Red costume is available for a limited time in the Winter Pass, while the other four costumes will be permanently available in the Costume Shop.

The most awaited feature, PvP mode, is now available in GODDESS OF VICTORY: NIKKE! Enter the Arena every day through the menu Lobby → Ark → Arena and win Arena Exchange Vouchers. Exchange it with various attractive prizes such as skill upgrade materials and equipment in the Arena Shop.

GODDESS OF VICTORY: NIKKE takes players on an immersive story-driven adventure filled with beautifully rendered playable characters and a mysterious world to explore. Utilizing advanced animated illustration, the game delivers smooth character movements and realistic character performance that brings a dynamic combat experience. Every character also possesses a special weapon and skill set which will uniquely shape the way the game is played. It’s up to the player to build the ultimate team, develop their characters and complete each mission to conquer the invaders and save the human race.

Developed by SHIFT UP (creator of Stellar Blade coming to PlayStation 5) and published by Level Infinite, the game is available globally for iOS and Android mobile devices.

To learn more about GODDESS OF VICTORY: NIKKE, go to the official website or join the official Philippine Facebook group and Discord server.

Download the game on the iOS App Store and Google Play.