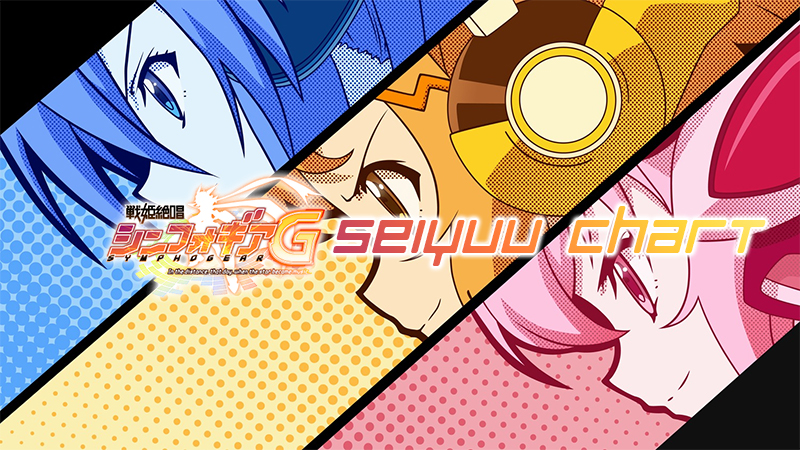 We got feedback from one of our Facebook readers and asked for a Symphogear G feature. We thought it’s a good idea, and went with it for this week!

Singing idols fighting against a mysterious alien race using high-tech armor… songs, battles, and suffering: that’s Zesshou Symphogear in a nutshell. Currently in its second season, Hibiki, Tsubasa and Chris don their armor known as Symphogear to fight against the Noise using the power of their songs. It could remind you of some idol series in a way, like Macross or AKB048, but the depth of the story as well as the blend of each character as they grow in each episode is a whole new experience in itself. I might be sounding vague with this summary, so yes, I suggest you give it a try first.

On with the seiyuu chart! Idol characters need a powerful voice acting cast, and thus, it was given. Here are some of Symphogear G’s main characters as well as previous or ongoing roles voiced by their respective seiyuus. 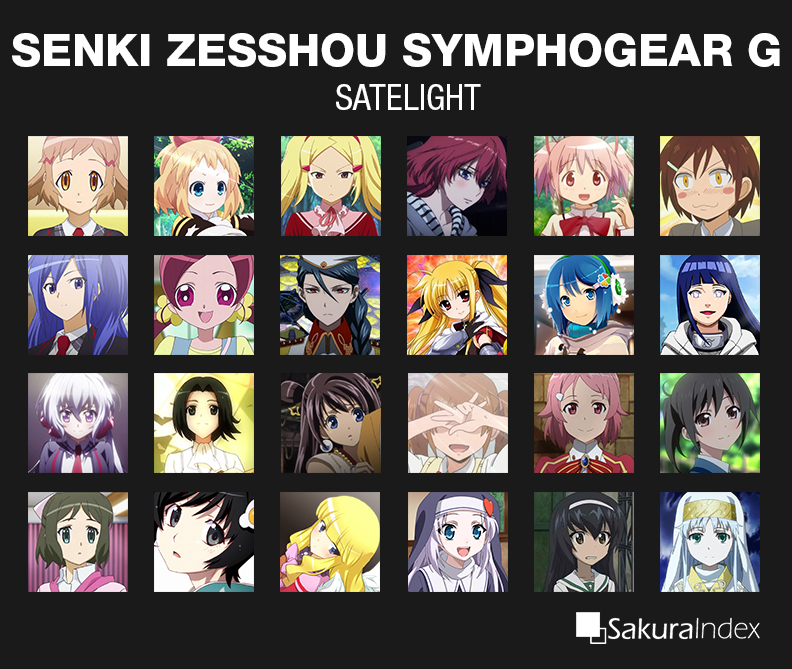 It’s quite interesting how most of the main characters have worked together in other shows as well (especially TWGOK). In addition, all of them have made their own character songs and singles, so their singing prowess in Symphogear G is unquestionable. Aoi Yuuki in particular is perfect for her character, knowing how some of her roles in the past had intriguing backgrounds (suffering girls, as some would say).

What do you think of this show’s cast? Our comments section is always available for discussion! You can also suggest shows to be featured in the upcoming weeks!