Here comes another seiyuu chart for this month, this time featuring characters and their respective voice actors in the ongoing Studio DEEN anime series, Rozen Maiden. The manga-turned-anime masterpiece by Peach-Pit tells a story of seven magical dolls created by a legendary dollmaker, Rozen, and their climatic battle to win the Alice Game. The main character, Sakurada Jun, is caught up in this mysterious game with the fifth doll, Shinku alongside him. The series already had two existing seasons (plus an OVA), animated by a different studio (Nomad) and were aired almost ten years ago. The current series, Zurückspulen (a German word for “rewind”), is based on the second manga series, and is has a completely different story compared to its predecessors.

Let’s now proceed with the seiyuu chart! Please note that the voice actors from the previous Rozen Maiden adaptations are performing their same roles for the ongoing series. Of course, as it has been almost a decade since the first Rozen Maiden anime, it would be interesting to know the previous character roles each of them took up to this day.  Featured in this chart are the two main characters and the seven Rozen Maiden dolls. 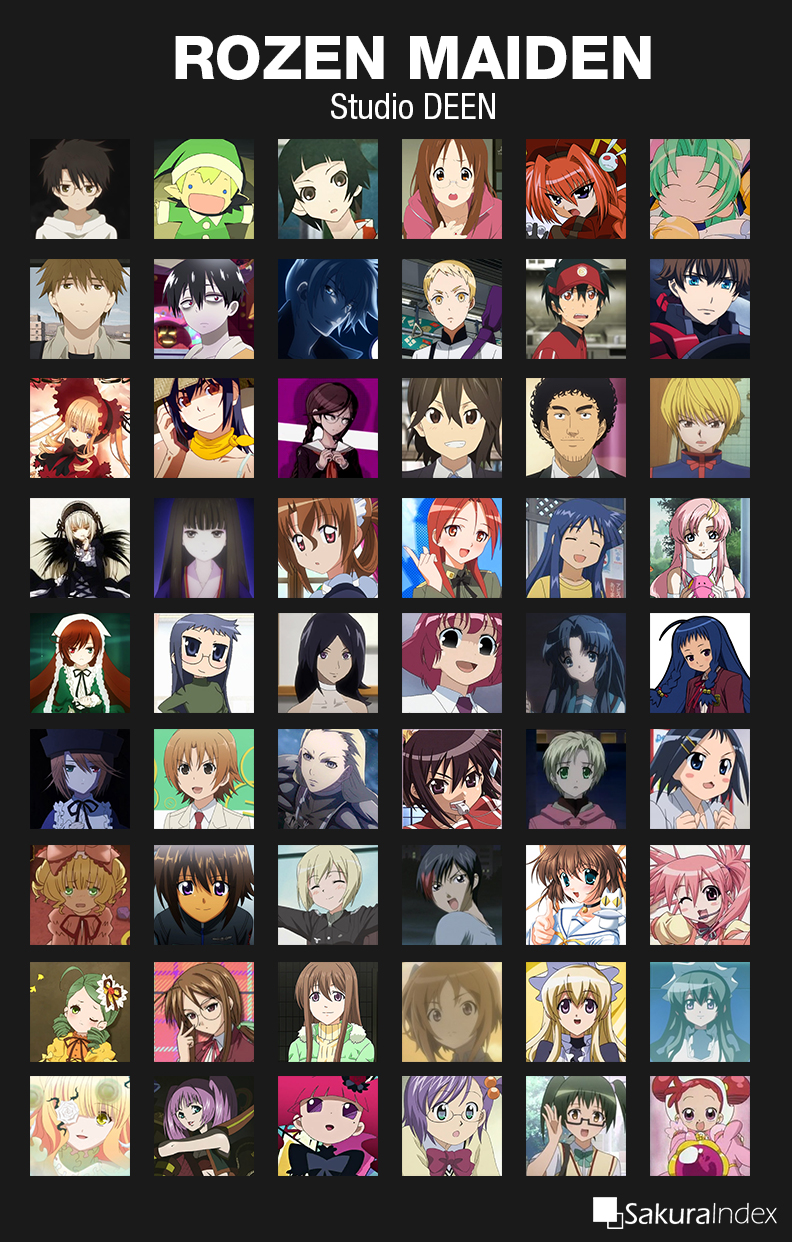 Again, nothing from the main voice acting cast was changed, which was awesome. I do think Chiba Chiemi has been doing a great job portraying Kirakishou, which still gives me shivers whenever she said something during the first episode, despite her lines not having anything overly threatening. Also looking forward for more Suiseiseki DESU appearances later on.

That’s all for this week’s seiyuu chart! Stay tuned next week for another chart, featuring another ongoing show this season. Have suggestions? Feel free to leave a message at our comment section!