Love Lab! (also known as Renai Lab!) is an ongoing show produced by Aniplex and is based from a manga series of the same title. The show begins with introducing two main characters: the well-respected student council president Maki, and the highly admired yet boyish girl, Riko. The two meet in an awkward situation wherein Riko accidentally sees Maki  kissing a hug pillow. After an exchange of lines, Riko is forced to keep Maki’s secret and help her learn more about romance and learn common practices couples do. Later on, other characters like Yuiko, Sayori and Suzune become involved.

For this week’s chart, we have three well-known voice actresses (one of which already appeared in a previous seiyuu chart) and two fresh seiyuus. 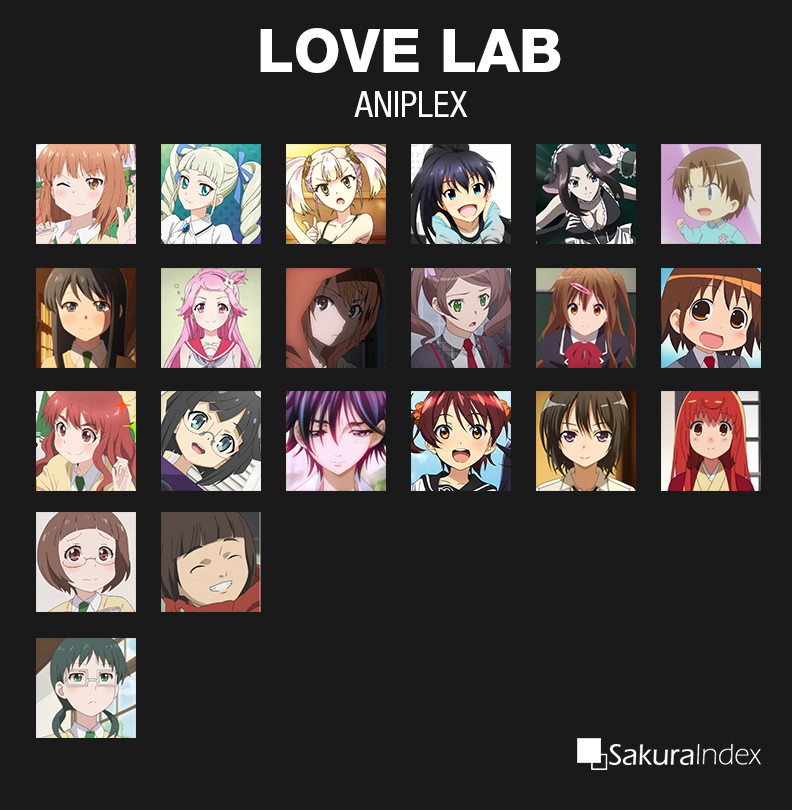 That concludes this week’s seiyuu chart! What do you think of the cast, especially the new VAs?