This week’s seiyuu chart feature is a spin-off anime from the Fate series, Fate/kaleid liner Prisma ☆ Ilya by Silver Link. Fate/kaleid tells a lighter story of Ilyasviel von Einzbern in an alternate universe where she becomes a magical girl and help out Tohsaka Rin in collecting magical cards based on Fate’s seven Holy Grail War servants. Most of the voice actors from its previous adaptations were also doing the same roles for this project, with some of them also having roles from other ongoing series this season. Check out the chart below and see if you can recognize any of their previously voiced characters! 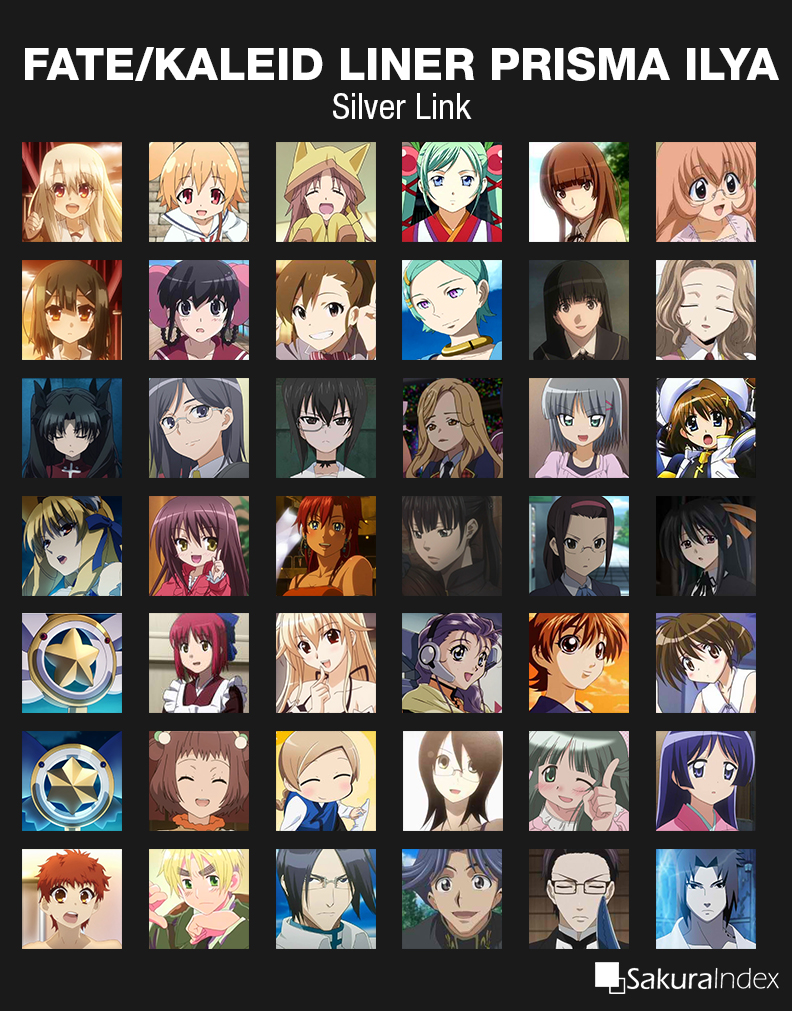 That ends this week’s seiyuu chart! Another summer anime show will be featured next week. Stay tuned as always!