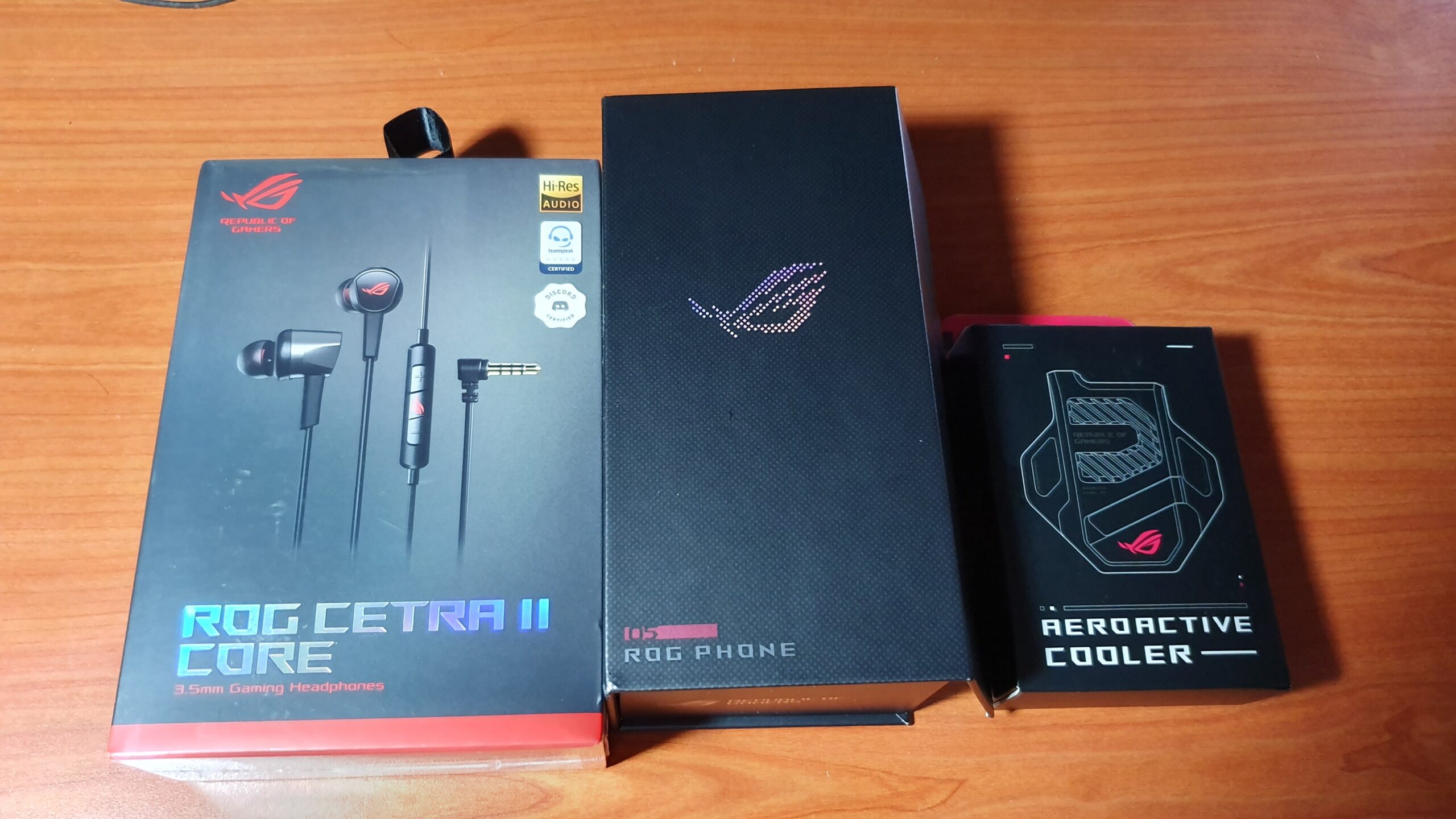 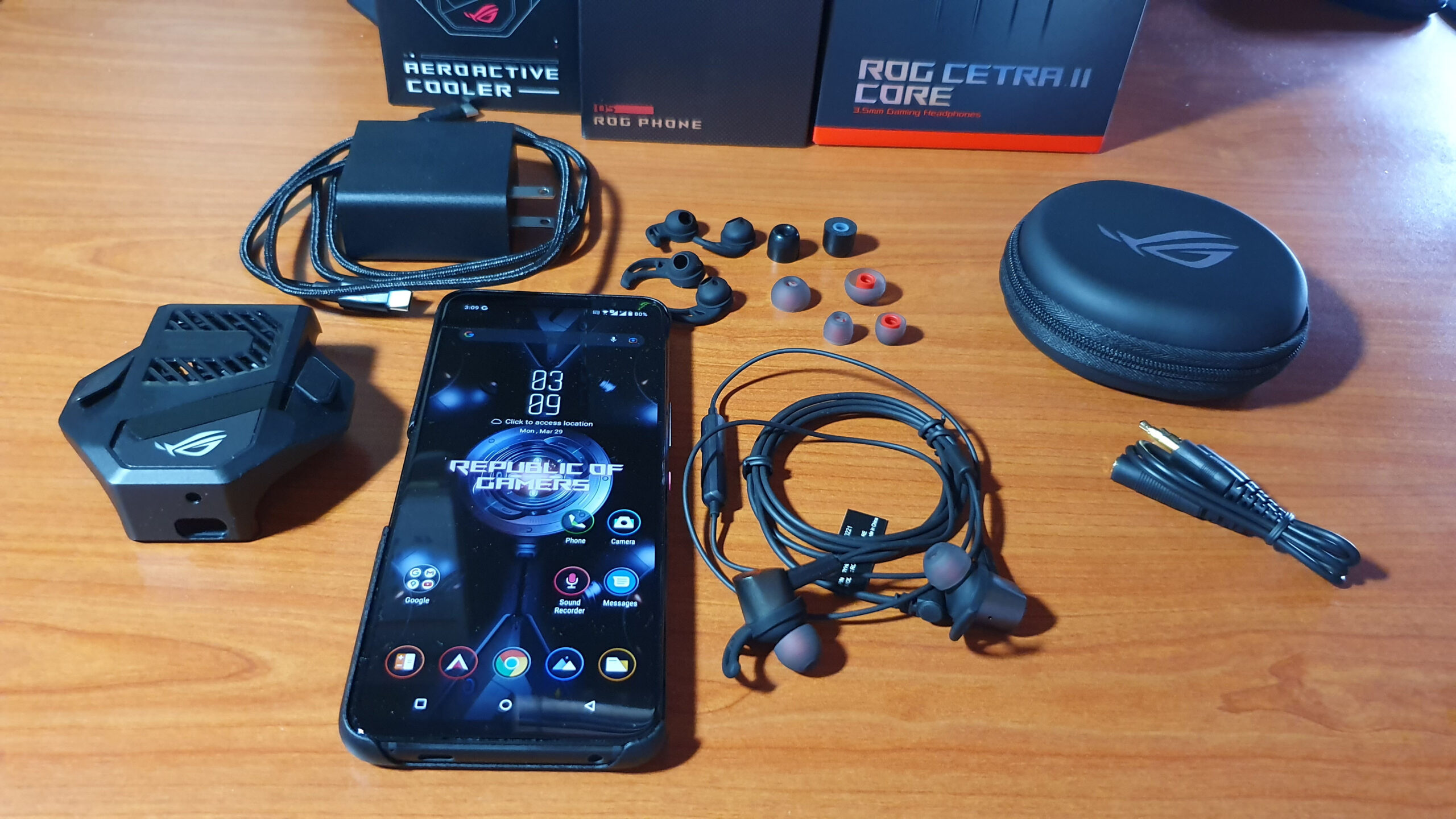 The Asus ROG Phone 5 with its optional headphone attachment.

The year is now 2021, and 3 ROG Phones later, Sakura Index has… the Asus ROG Phone 5 for unboxing and review! It’s an interesting skip since the number 4 is commonly thought to be a bad luck number in Eastern cultures.

Its predecessor has earned the title of Best Gaming Phone of 2020, with good reason. The battery life, processor, GPU and signature cooling systems have outclassed many competitors in the market. We even gave a performance review of the Asus ROG Phone 3 last year with impressive results. Let’s take a look at how things have changed now. 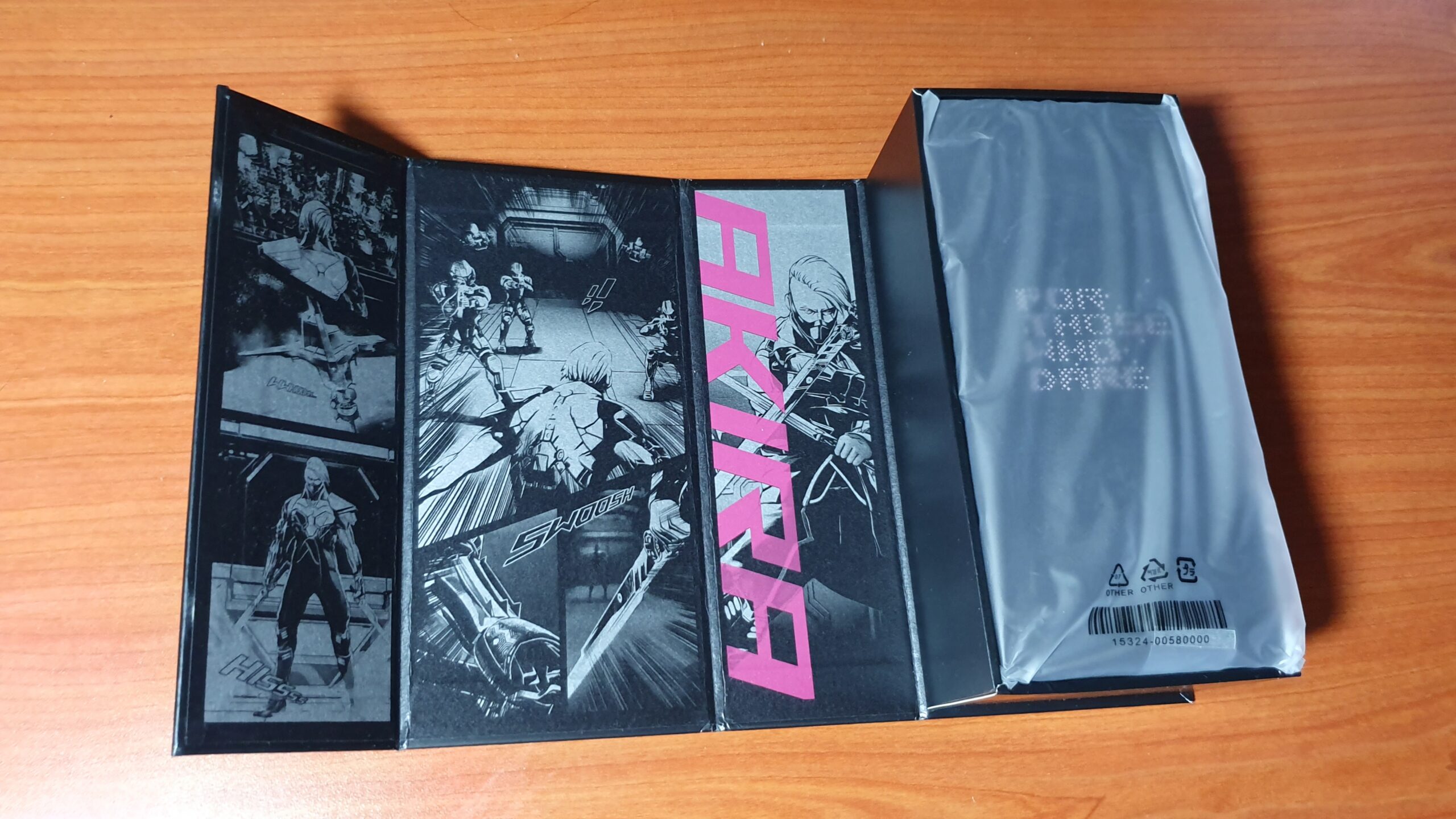 The box is a different shape this time.

This time around, the Asus ROG Phone 5’s packaging looks more in line with the usual rectangular box phones. Opening the box reveals the accessory box and the unit itself. Under that is the charger and the USB-C cable. 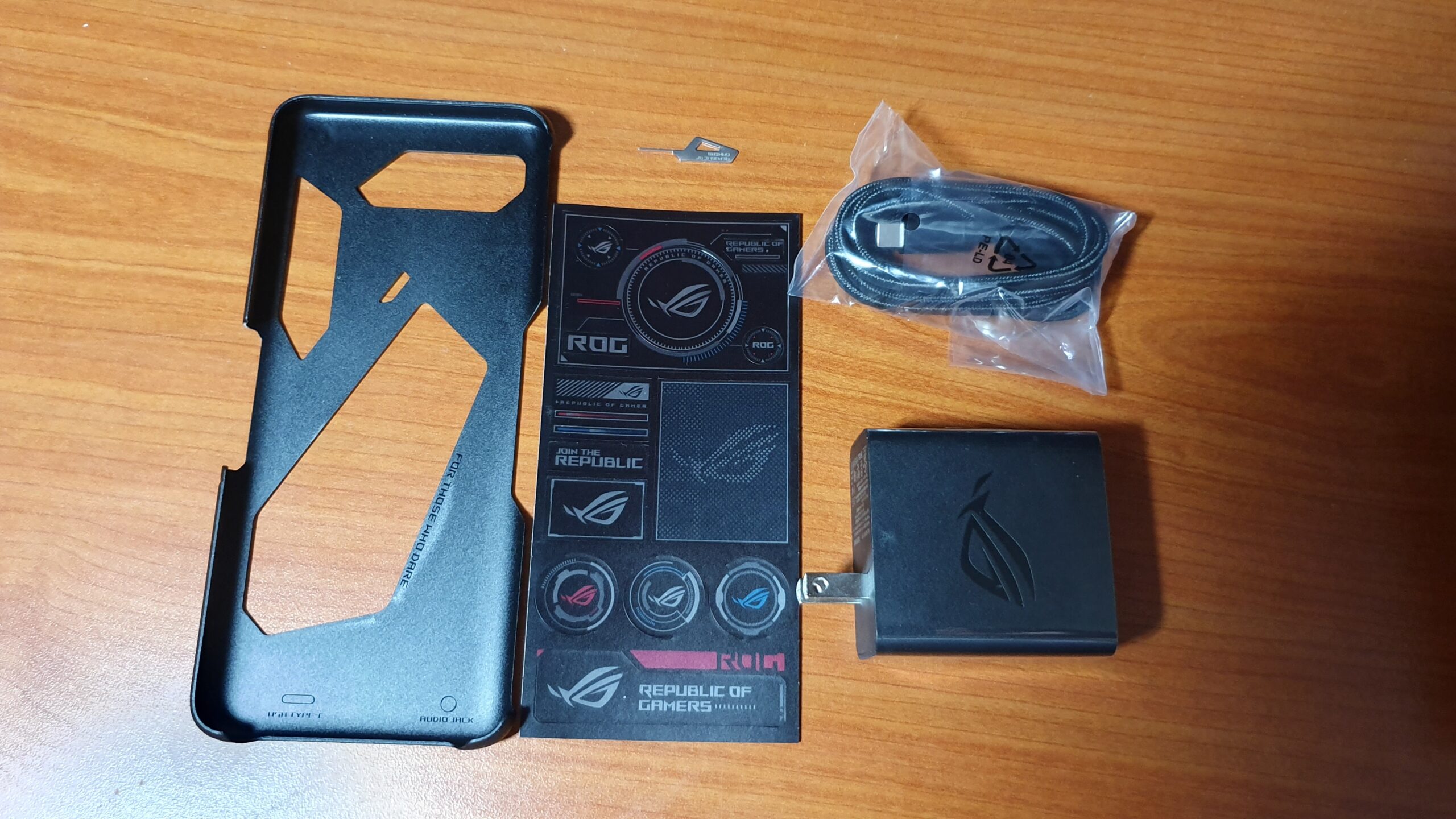 The sticker sheet is pretty snazzy. 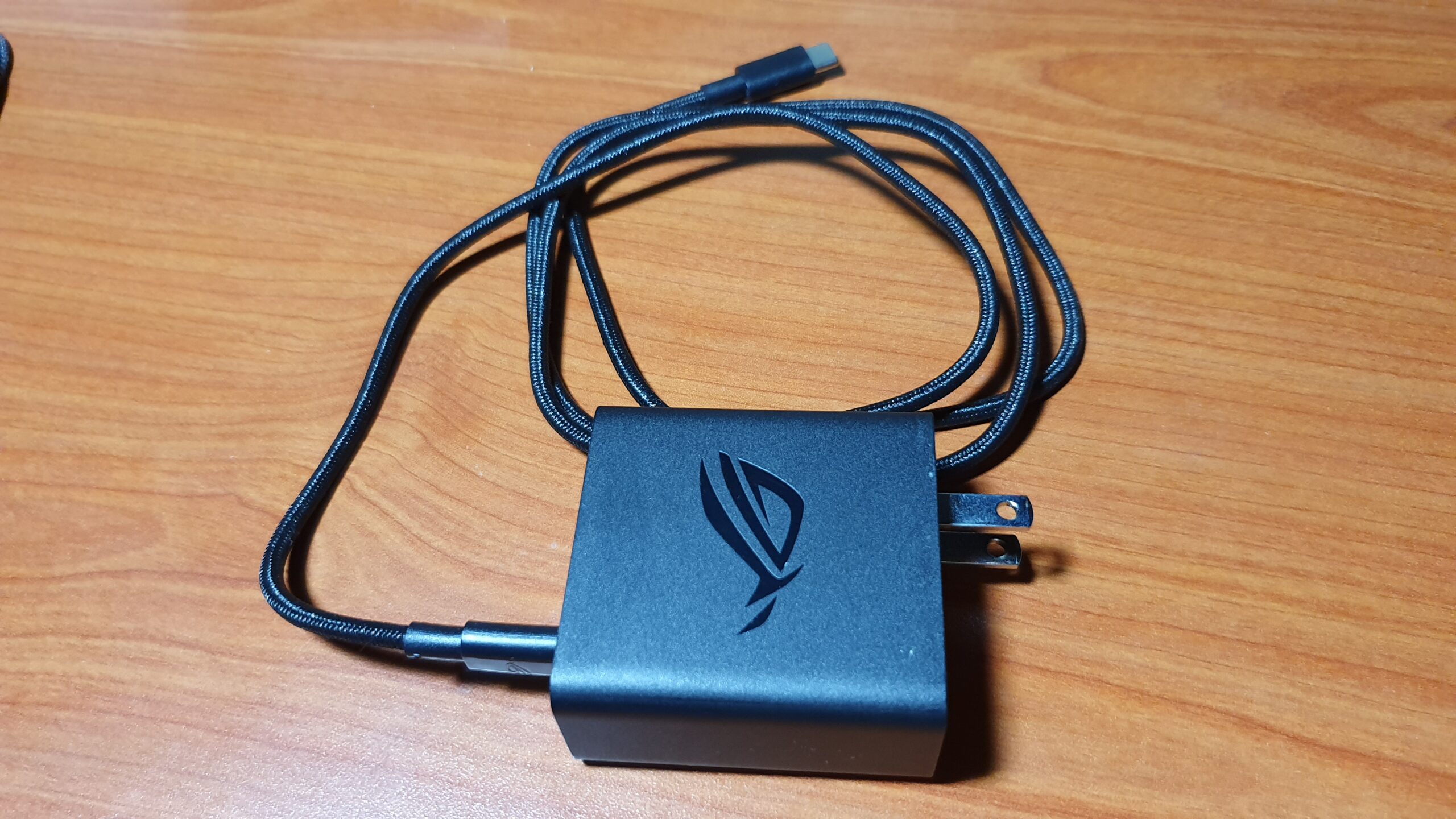 A faster and more powerful charger.

The ROG Phone 5’s charger is even bigger than the previous model and more powerful too. Whereas the ROG Phone 3 had a 30W model, this one has an output of 65W. This practically lessened the charging time to a total of 1 hour and 15 minutes from 0% to full.

In a surprising twist, the AeroActive Cooler Fan is in a separate box this time. However, buyers can still get this attachment for free if they buy the phone from official channels. 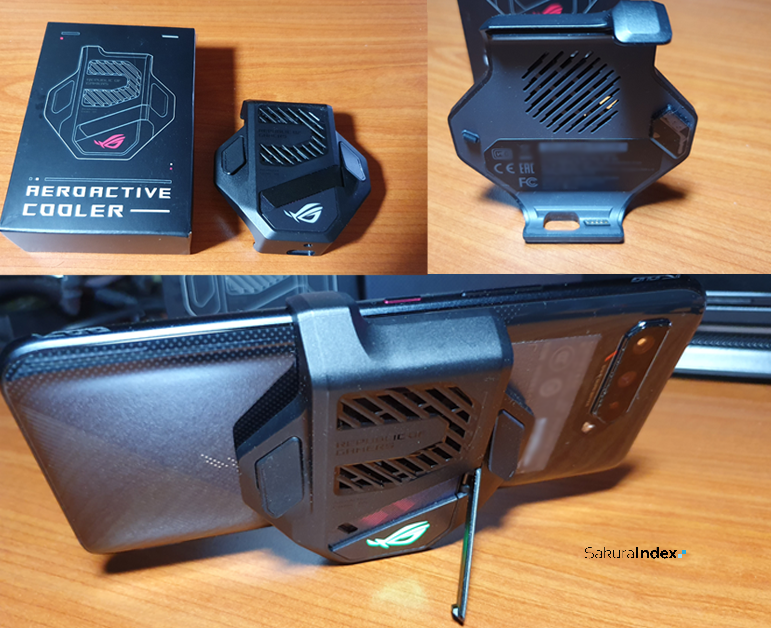 The AeroActive Cooler has a rad new design.

The fan itself has an interesting new look. It no longer extends via an internal slider like the last one, but simply clips on to the phone. The kickstand and 3.5mm headphone jack are still present in the attachment, but there’s also 2 extra buttons on the back. These are most likely additional mappable buttons for games. 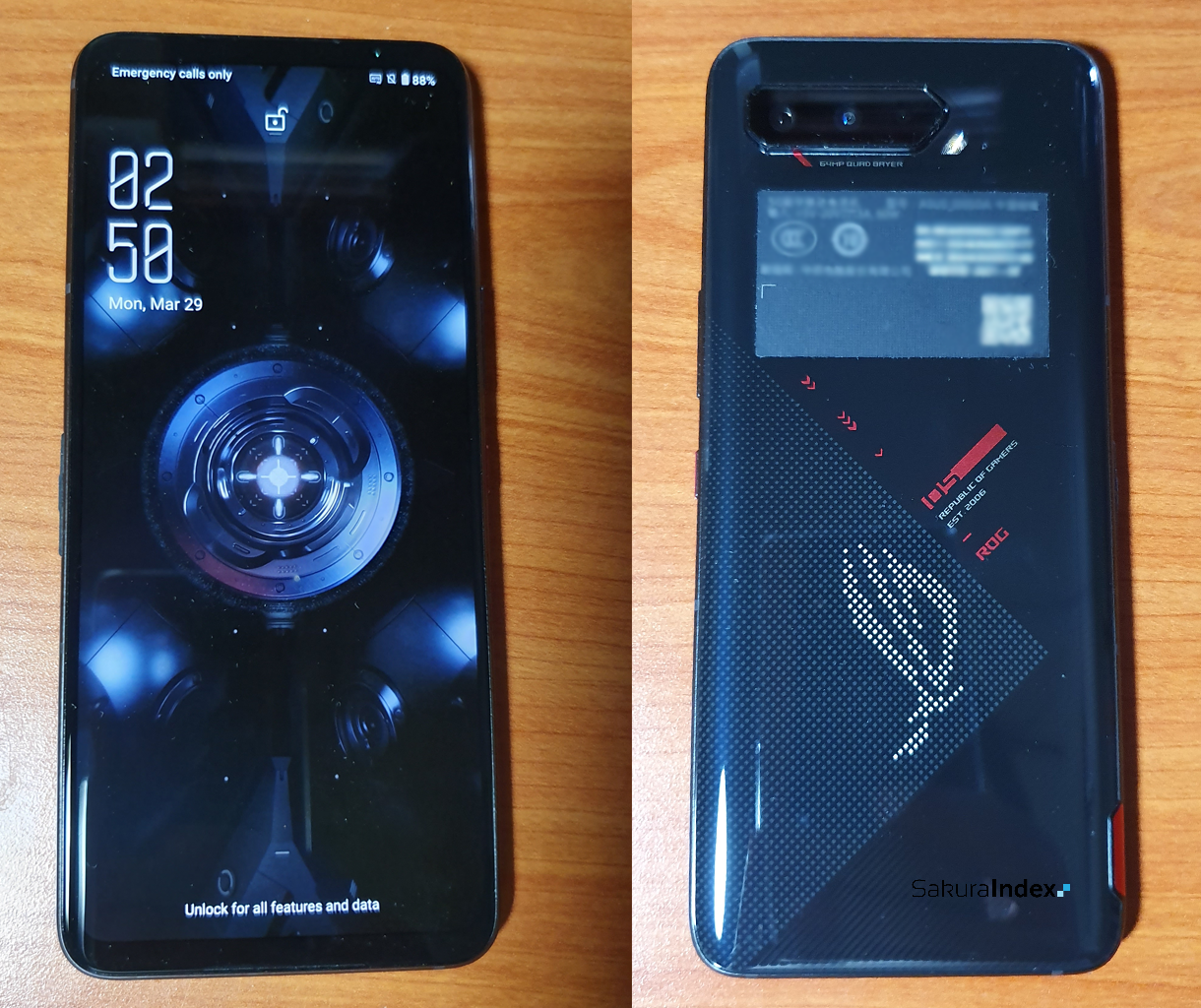 The Asus ROG Phone 5 is definitely a big 6.78-inches of screen real estate. As for the overall look, the core design is still there. The unit retains the left-hand side USB-C port for the cooling fan and the Air Triggers on the right side. 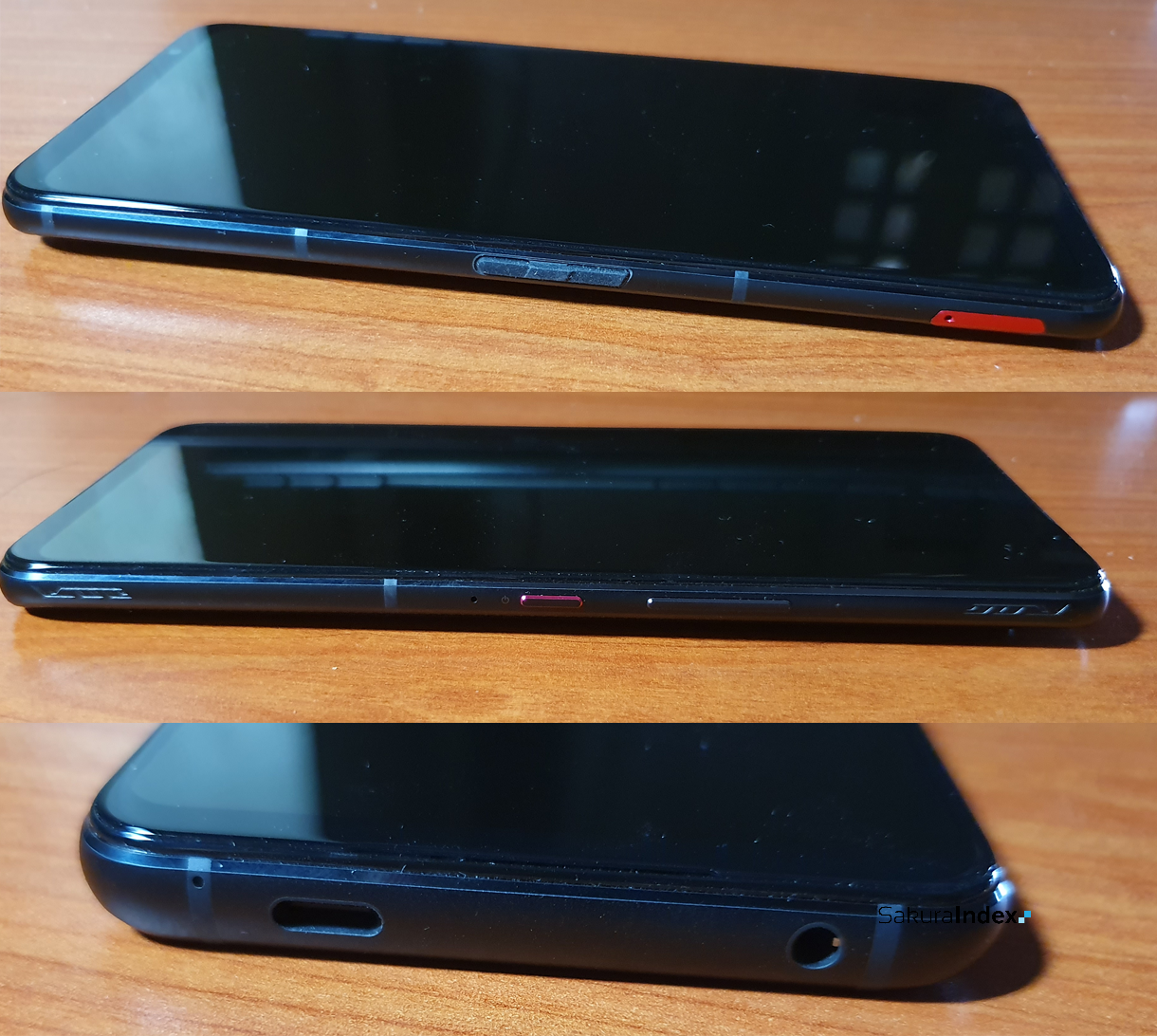 There is a slight difference on this model. The left side has the usual USB-C port, but beside it is a set of 5 pins that are specific to the AeroActive Cooler fan attachment. One welcome returning feature of this phone is the 3.5mm headphone jack on the bottom right. It was something that the previous model lacked, and it’s satisfying to see it back. 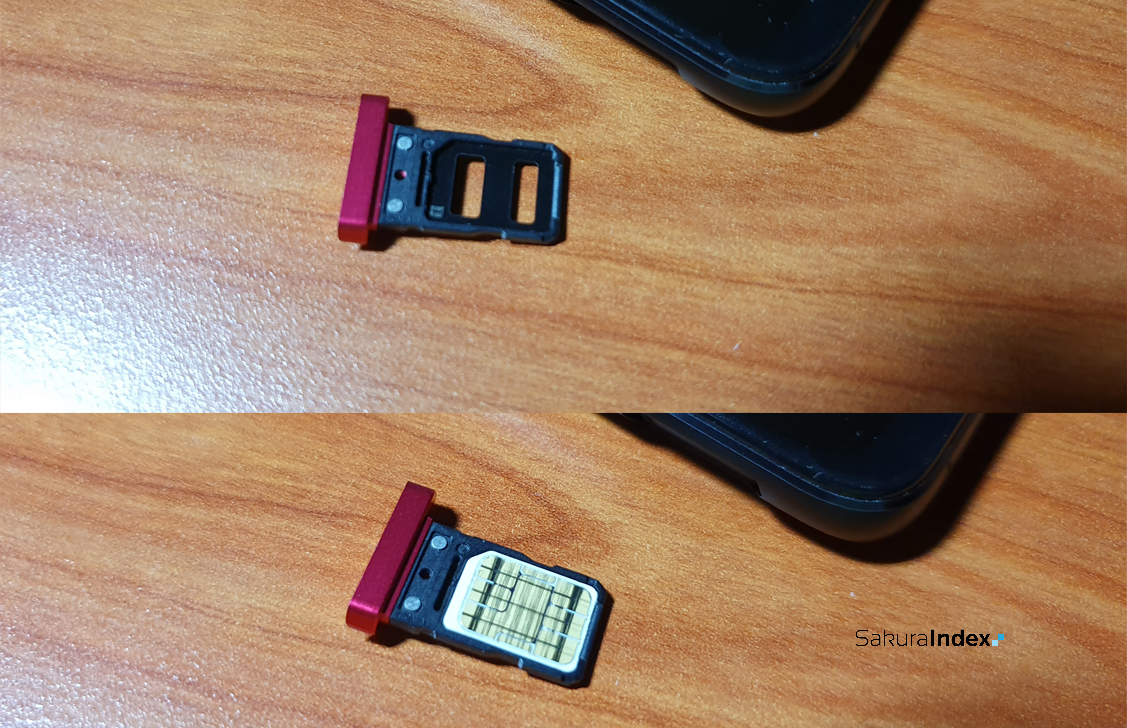 The phone also has a red dual SIM tray. Though unlike the usual ones, the SIM cards are inserted with the gold contacts side up.

There however, is one signature characteristic missing. The built-in heat vent that was visible in the past models is nowhere to be seen in this iteration. In its place is a new “GameCool 5” Heat Dissipating System. How this performs is yet to be seen. 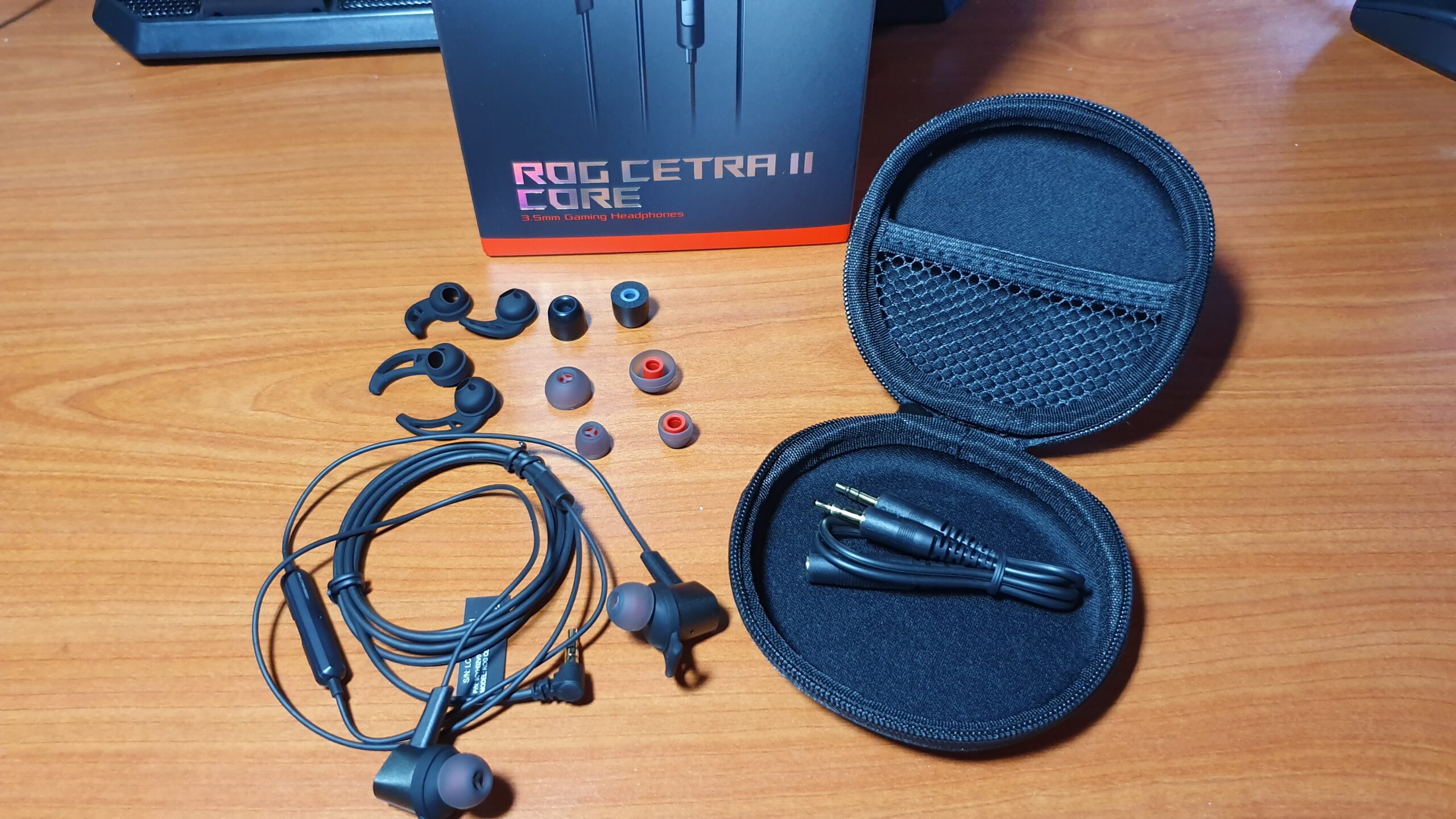 One interesting separately sold attachment that we have for this phone is the Asus ROG Cetra II Core headset.

In an age where wireless Bluetooth headphones are prominent, wired models still have the advantage of latency and not needing recharge, which makes it a perfect choice to go with the ROG Phone 5.

The L-shaped 3.5mm jack is a smart design, preventing it from getting in the way of your fingers when gaming. It also doesn’t get in the way of the phone when inserted into the cooling fan and mounted on surfaces like a table. 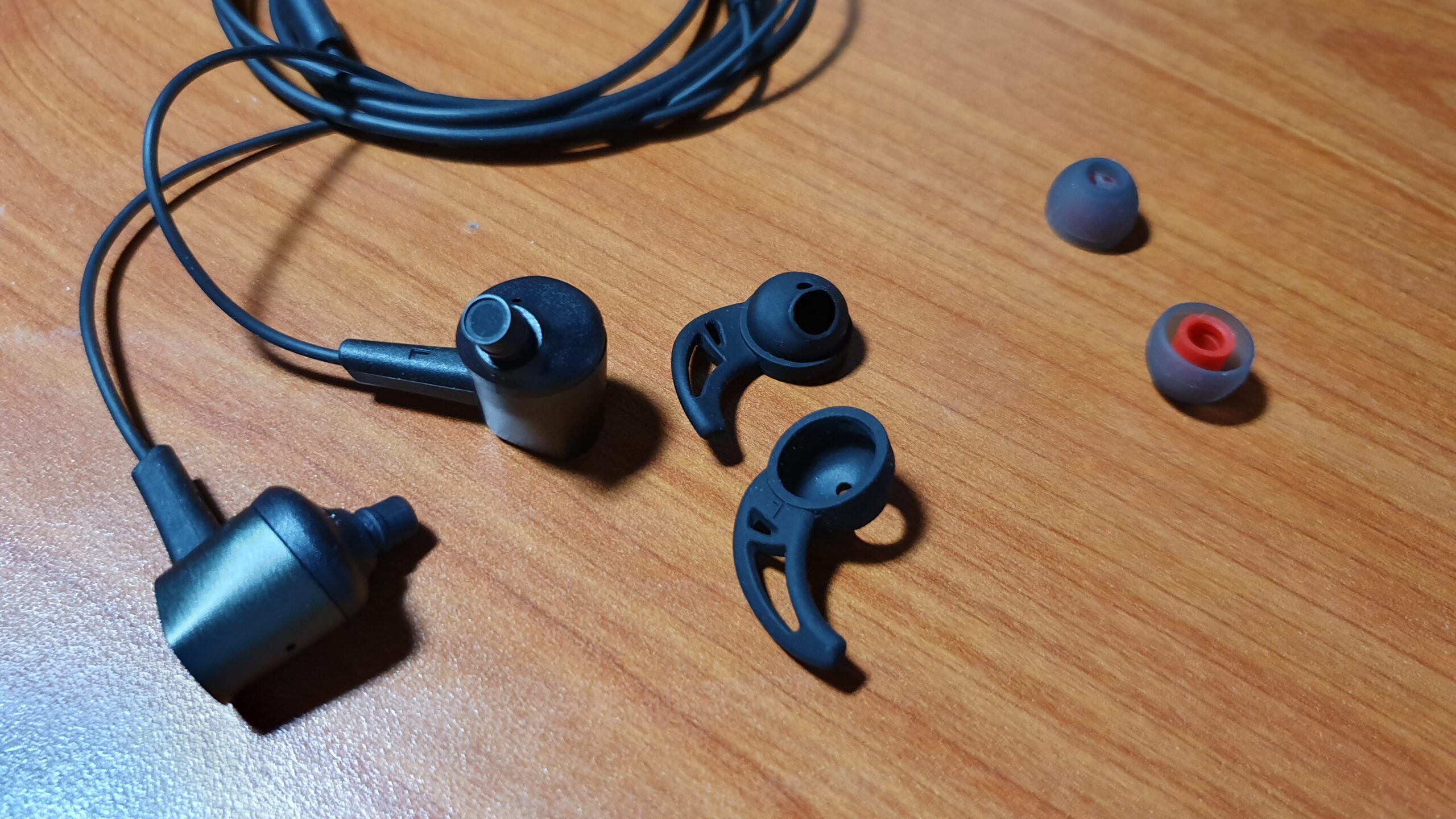 The headphones have black secondary silicone “clips” that go into your ear’s inner grooves.

The Cetra II’s package includes the headset, spare earbuds and ear clips, as well as a carry case and adapters for phones with no jack ports. It’ll be interesting to see how this performs with the phone.

Despite the changes, the Asus ROG Phone 5 is still a formidable mobile gaming device. It’s arguably even more powerful than its predecessor and a worthy choice for any hardcore mobile gamer.

If you liked this unboxing, check out Sakura Index’s upcoming performance review of the Asus ROG Phone 5!