inquiries@sakuraindex.jp
SAY-U App let’s you become a Voice Actor on your Phone
0 Comments 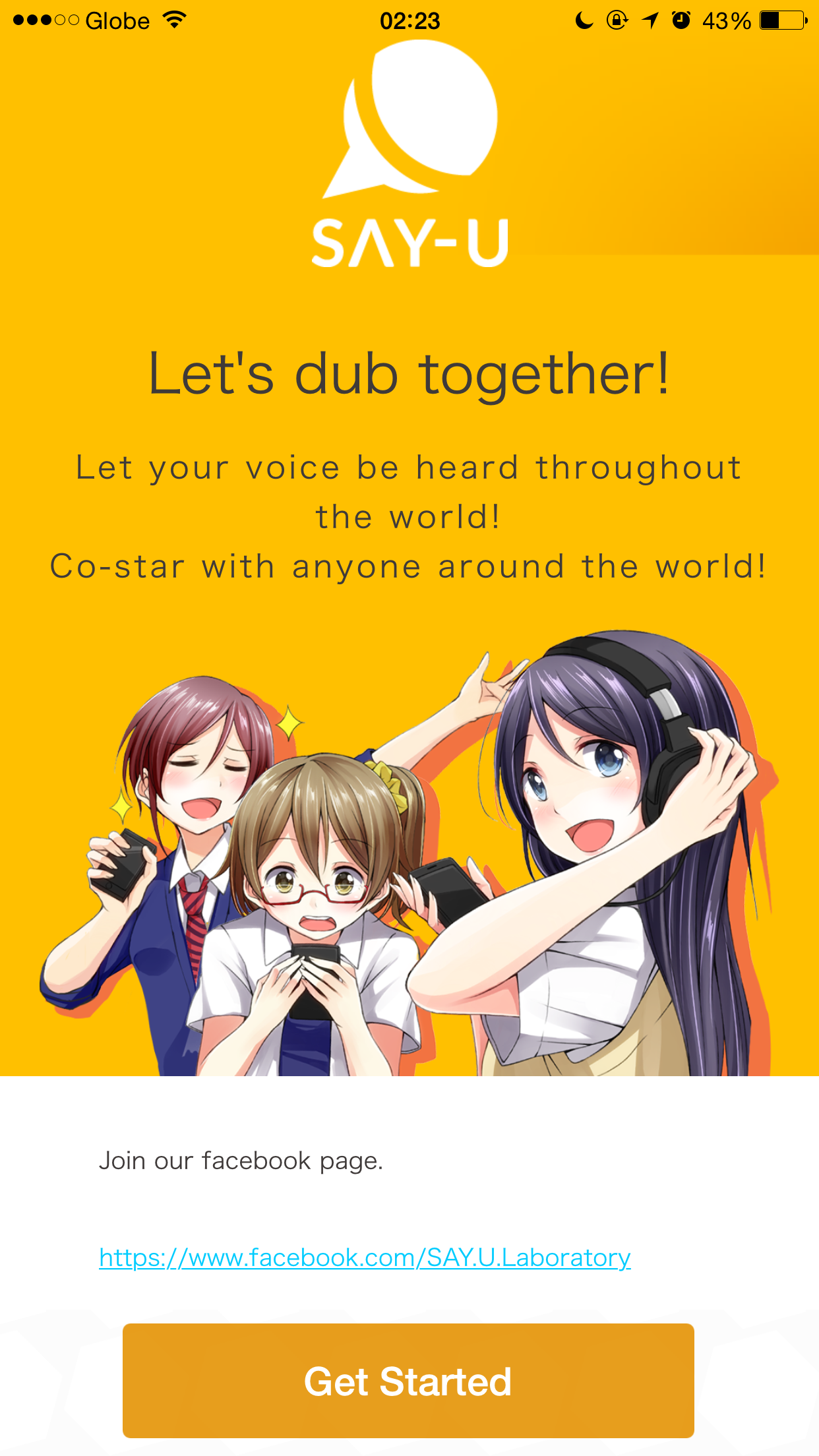 Being an anime aficionado, one of my distant wishes is to try out voice acting in anime or in any production. Since I’ve had a short background during my college time working with Radio programs and scripts, I think I had a bit of a knack of living things down on the mic. So, yep, I definitely wanted to try voice acting– even just on the phone!

Anyway, trying it out was as simple as downloading and installing the application. Once opened, you’ll be greeted by a splash screen upselling the idea that you can co-star with almost anyone in the world. Hmm. Interesting.

You’ll be reminded that most of the functions of the application, such as generating and saving a recording, requires you to be logged in your profile. Figures as you’ll have to maintain a record of what scripts did you try out and of course, your audio reels. The profile also holds a record of the people who uses your audio in recording their own. Add that to the fact that your comments, likes, favorites and almost anything that involves interaction pretty much rides on your profile, so definitely you’ll need to create one.

Creating a profile is a quick thing to do with the option of using either your Twitter or Facebook profile for login; though you can prefer to create a specific account for SAY-U.

A sample profile in SAY-U.

Now, onto the recording.

Recording is also straightforward, with a list of titles to choose from. You’ll notice that there are scripts and content for various titles.

The SAY-U Webviewer. Can be accessed via this link: http://viewer.say-u.club/

You can select one and listen to the skit. The Voice Actors/Cast is listed on the summary card, and has been entered or edited straight into the final output. It’s quite exciting to hear your voice out into a work, so grab onto your seats when you hear yours 😮

The recorded skit/scenario page when shared.

In this scenario, it is a collaboration with 天空すぐる (Tennkuu Suguru), who is one of the popular actors in the app. Click on the link below to listen to it (Unfortunately, there’s no embed option :/).

Totally enjoyed making that one ^_^;