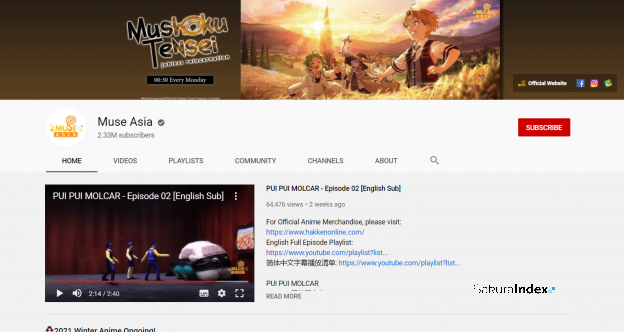 It’s that time of year where people start asking once again, “which SEA-friendly sites can I watch or stream anime online in 2021?”

Now that we’re about to start the summer, let’s check out all the websites out there that offer anime streaming. Not only will we show why these streaming sites are good for the job, but we’ll also talk about their caveats.

So sit back, and read on! Hopefully at the end of this, you’ll have one or two of these sites bookmarked.

This article will cover mostly legal streaming sites. If you’re looking for the gray zone, we’re thinking of making a separate list for those. Make sure you’ve followed our page so you won’t miss it!

Muse Asia is a streaming channel in YouTube where you can watch popular titles, as well as watch the latest episode this season. You can also check out their official website.

When the words ‘anime’, ‘streaming’, and ‘legal’ are written together, most likely Muse Asia comes into mind. They have been really active in the past few seasons in acquiring good titles for simulcasts, and so far the results are really good. They’ve got Mushoku Tensei, one of the top titles this season. Also they have snagged That Time I got Reincarnated as a Slime Season 2 as well.

A huge plus for them is that Muse Asia leaves some titles up in their channel for archival play, so if you missed a title last season you can still get back to it. Sometimes some titles stay for longer than others, such as One-Punch Man, Bofuri, and Cautious Hero.

For non-English-speaking viewers, they’ve got Malay and Chinese subtitles to work with. Need Vietnamese subtitles? They’ve got an entirely separate channel for that!

One gap for Muse Asia is that they do miss out on some titles for simulcasts. One title, such as Re:Zero S2, is sorely missed on the channel. Another title, Our Last Crusade or the Rise of a New World was also missed last season. These title gaps are what’s missing from their lineup for them to be placed at the top of the recommended streaming services, BUT, as is with their current offerings and standings against the existing services, I’d safely place them at the top of my list.

Muse Asia is my go-to streaming service if I wanted to watch the latest popular titles this season. But there are title gaps that they might want to address, but with the current status of anime streaming, I am not one to complain. 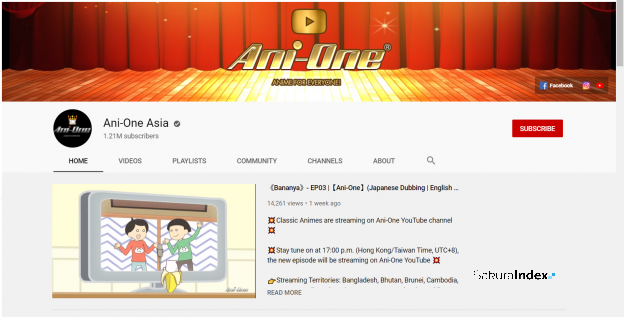 AniOne is another streaming channel on Youtube. They offer sometimes the same titles as Muse Asia (MA), but they also cover some titles not in the list of MA. This channel is my second place in the tier list, but they can easily steal the #1 spot from Muse Asia if their title selections expand further.

This one’s a doozy.

AniOne and Muse Asia are both Youtube channels, and they both have almost the same level of title selections and title gaps per season. One would say that they’re supposed to be equals in this manner.

One key difference between the two is that while both services have titles covered and missed per season, AniOne has more historical titles in focus. This makes it a tough sell for fans that are looking for the latest titles. BUT, with all things said, having an anime archive like this scores points for people looking to binge watch. Moreover, with titles that aren’t found in the other channel, you can say that even if AniOne is a fallback option, it still is a solid contender for looking to spend some hours in animeland.

AniOne offers titles that sometimes coincides with the same titles as Muse Asia offers, but they have a more extensive anime library and you can definitely binge watch more in this channel if you’re in the mood for it. 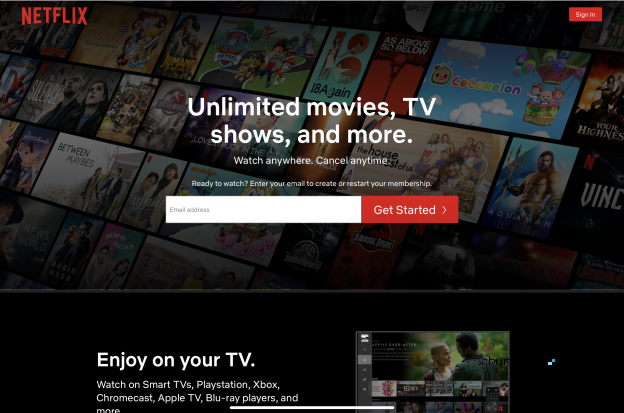 Netflix is a comprehensive video-on-demand service that has… a little of everything. From J-Dramas, to K-Dramas, to Anime. Given the large reach and revenue of Netflix, they are capable of collaborating with anime studios and publishers directly for some exclusive content, which makes the standard subscription all the more tasty to subscribers— old and new alike.

Netflix wasn’t initially a good option from the start as they initially had a limited offering. Back in the day (I don’t remember too much but I remember it’s around 2017), they pretty much had an anime list that consists of mostly Ghibli titles, and some heavy 3D-CG titles such as Knights of Sidonia. However recently, they’ve had some titles such as Shirobako, Fate/Grand Order (Babylonia), and some of the Makoto Shinkai films, such as 5 Centimeters Per Second, Your Name, and Weathering with You. There’s also Fruits Basket (Remake) if you’re looking for a romance drama with good character development.

Some of the titles on my list on Netflix.

And finally, there’s the Netflix collaborations, such as Great Pretender, which is a high-octane heist anime title that takes you across various locations around the world. And then Kaguya-sama, which is a high school romcom that will definitely tickle your funny bones.

The only problem with Netflix is that it doesn’t have simulcast options. Netflix pretty much adds episodic updates for mostly K-Dramas, and much less so for Anime in SEA regions (at the very least, this is the case for the Philippines). If you’re looking for simulcasts you’re better off with Muse Asia or Ani-one.

If you’re up for binge watching anime, Netflix is the way to go. Having access to a lot of popular titles and apps on almost any platform is a huge plus for convenience. Also, having access to collaborative content definitely gives value. Only problem is that there are no simulcast options– but if that’s okay with you, Netflix is a good channel for watching anime. 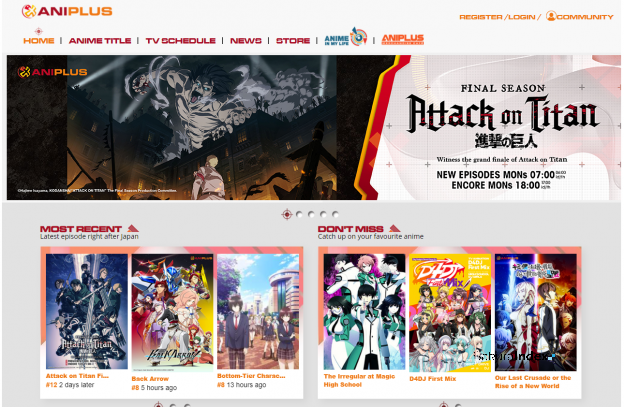 Aniplus Asia is a streaming platform where you can access the latest titles this season. Best of all: completely legal and completely free!

Aniplus is one of the dark horses in this list. On one hand, I love the fact that there are a lot of titles up for simulcasting and they have encore runs for popular titles… and on the other hand I pretty much dislike the fact that there is now way of watching past titles on demand.

You heard that right– there is no anime archive to watch on the platform. If you’re really up for it, head over to Ani-one or Muse Asia, or even to Netflix.

Another pet peeve I have for Aniplus Asia: the site is slow, and that there are times that accessing pages gets timed out. I just hope that this doesn’t happen when you are about to watch a title that has only one scheduled airtime.

Aniplus Asia is a very ambitious project where you can watch titles as they air over from Japan for FREE. However it having page loading time problems, the lack of archive watching, and timeout problems makes this service a hard sell. But, with the number of titles they have for streaming for the latest season, this still gets a vote from me in this list.

Of course there are sites and services that we have considered in this list, BUT, there are limitations, such as title and regional restrictions. There are workarounds, but they can be tedious for someone who just wants to watch anime.

● Crunchyroll – Most of the library isn’t available in the Philippines.
● Hulu – pay US$5.99 but is still ad-supported.
● Animelab – Not available for Philippines
● Asiancrush – there is an archive to watch, but titles may be a bit too dated for some folks
● Funimation – not available in Philippines
● Viz Media – site is not clear on whether you should buy the series to stream it or not

What service do you use more often for SEA-friendly online anime streaming sites in 2021? Let us know in the comments!