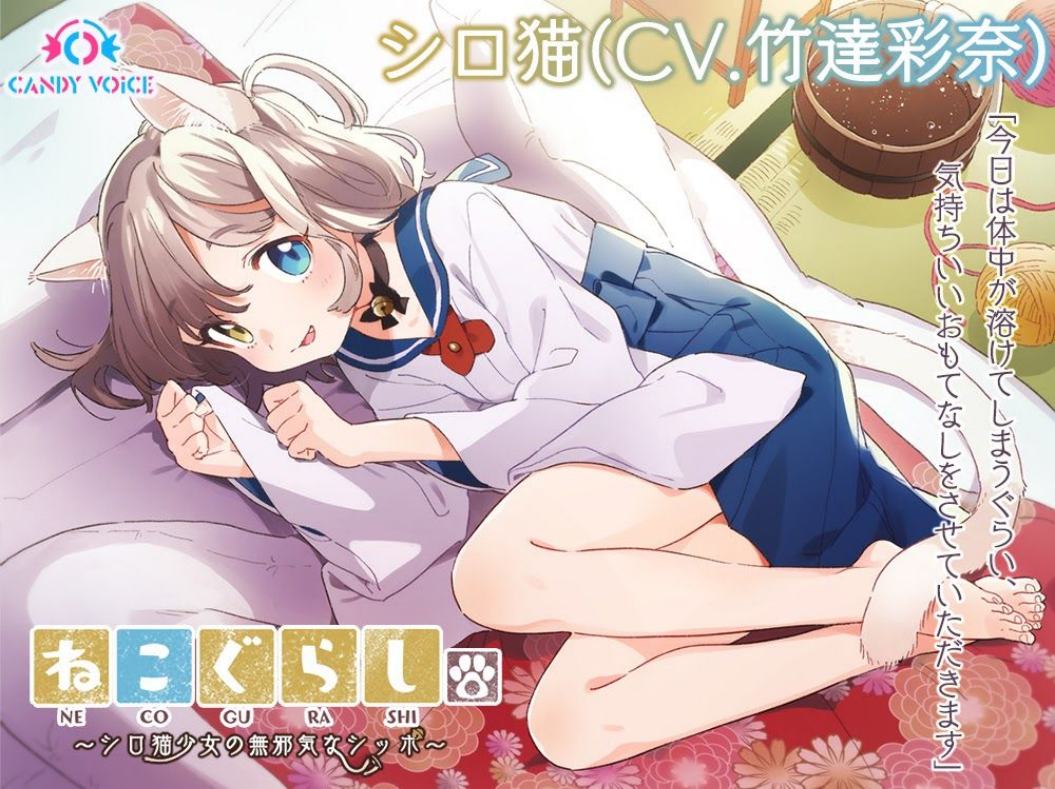 Following on the heels of NECOGURASHI Episode 1: Calico Cat Girl and the Sound of a Bell (voiced by Sumire Uesaka), Episode 2: The White Cat Girl’s Innocent Tail will be available on DLsite.com from 12:00 midnight JST on June 22, 2020 (Monday).

The heroine of the second episode, White Cat, will be voiced by Ayana Taketatsu.

ASMR (autonomous sensory meridian response) is a relaxing, often sedative, sensation that begins on the scalp and moves down the body. It is most commonly triggered by auditory or visual stimuli.

Recently, this phenomenon has been gaining popularity, and many ASMR-related sounds and videos have been posted to social media platforms such as YouTube and Instagram.

The second episode features White Cat (voiced by Ayana Taketatsu). Around 2 hours in length, it is a new type of audio tale that combines a story with pleasant ASMR sounds, such as ear cleaning with soda-soaked cotton swabs and the swishing of a cat’s tail, created by a talented sound production team.

Character design was done by the illustrator “booota” and sound production by CANDY VOICE.

The NECOGURASHI series consists of 7 episodes in total. A new one will be released every Monday. Future announcements will cover the characters and voice actresses in the remaining five titles.

“Today, I’m going to provide hospitality that will have you melting with pleasure.”

A ladylike cat girl. Although kind and gentle, she is also a cunning strategist. However, she’s a pure girl at heart, and you may catch flashes of her innocence. She doesn’t usually open up around others, but in front of people she trusts, she’ll let her guard down and act affectionately.