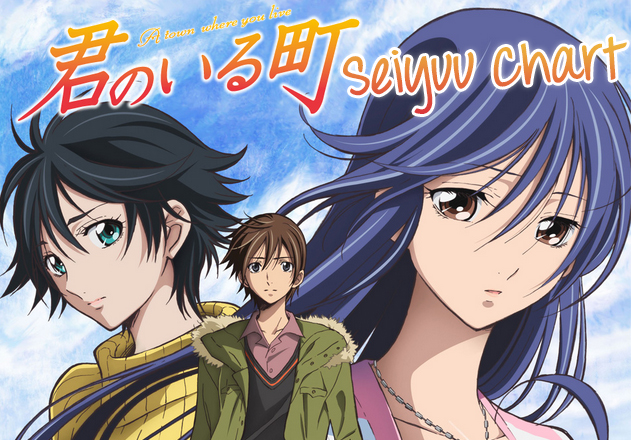 Based on the well-known manga by Seo Koji that made readers rage for several chapters for the past year (and counting), GONZO animates Kimi no Iru Machi this season. The anime adaptation jumps straight to the Tokyo arc, wherein Kirishima Haruto (almost typed Tokishima for a second there), ventures out of his hometown to chase after his ex-girlfriend Eba Yuzuki. There, he meets two new friends, Mishima Asuka and Kazama Kyousuke. Later on, Haruto finds out that the girl he’s searching for is already close by, but with the complicated circumstances surrounding the both of them, distance is not the only issue he needs to overcome to get her back. There’s a few flashback scenes every now and then to depict the characters’ past, but if you want to be immersed in the whole story, it’s better to read the manga.

Let’s proceed with the seiyuu chart! Most of the main characters are featured in the chart except the voice actors behind Akari (Kouno Nana), Takashi (Masuda Tokishi) and Nanami (Takao Yuki), which do not have as much character roles yet from this project. 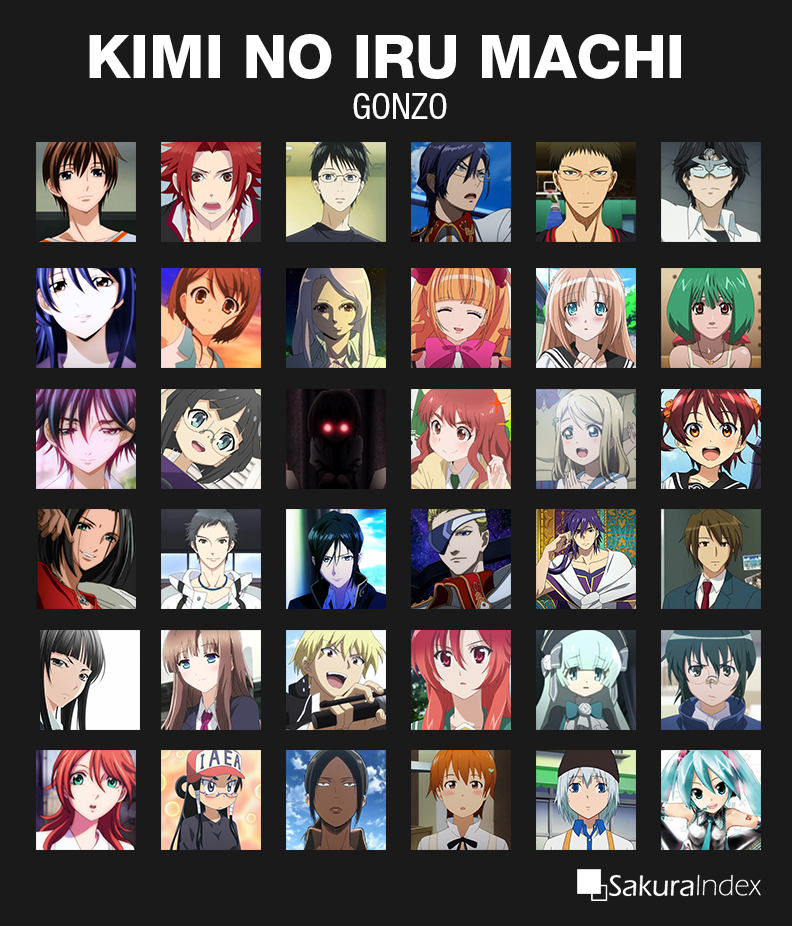 Although I dropped the show after the pilot episode’s first few minutes, Kimi no Iru machi’s voice cast is not as disappointing. I think the cast fit the roles they’re given to. If you’re looking for a show that will make your heart take a roller coaster of emotions, it might be a good idea to give this show (or manga) a try.