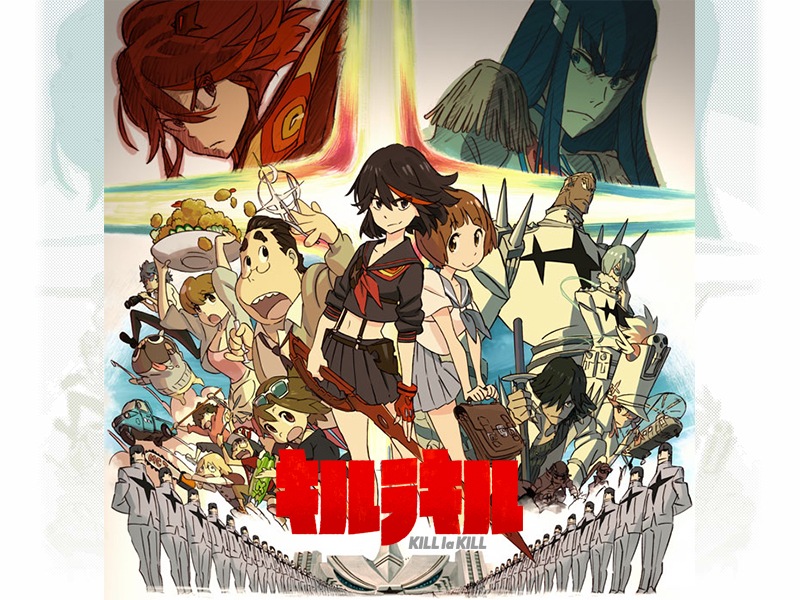 TRIGGER’s Kill la Kill has been one of the most watched anime series this season, mainly because of its staff and its previous success with Inferno Cop and Little Witch Academia, which were well-received in western countries. KLK heavily focuses on fast-paced, intensive battle scenes, slapstick humor and western character design and animation. The story introduces a authoritative high school setting, wherein power, social status and hierarchy is dictated by a student’s Ultima Uniform. The student council president, Kiryuuin Satsuki rules not only the school, but the entire city with an iron fist, where her every word is absolute and going against her rule would mean insane punishment. A transfer student, Matoi Ryuuko, appears, along with her feelings of vengeance, she aims to know more the truth behind her father’s death. Her first defeat, however, led to an encounter with a special uniform left by her deceased fatehr. When worn and given blood, she receives superhuman powers surpassing those with Ultima Uniforms. Will the mysterious uniform Senketsu, along with the half scissor blade, help her unravel the truth?

The voice acting lineup is definitely very strong, with main characters consisting mostly of veteran seiyuus (some of them are in the business since the 90’s). Here we go! 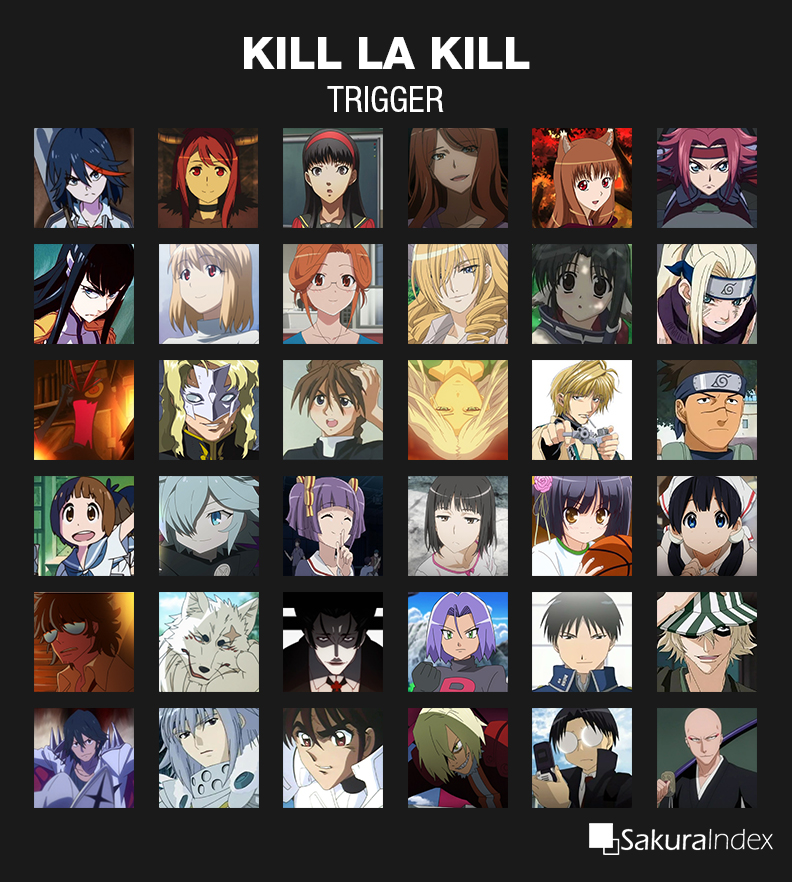 I must say, Studio TRIGGER did an impeccable job in choosing their cast for Kill la Kill, and admittedly, this is one of the reasons behind its success, despite having only 2 episodes aired as of writing. The characters are so full of vigor that you won’t even be a dull second. It’s also worth noting at how some of them worked together in same projects in other studios.

Are you watching the series? What can you say about the voice acting cast? Let us know at the comments below!